Thomas Zeltner (born 1947 in Berne, Switzerland) is a Swiss physician, lawyer, and current chairman and interim CEO of the WHO Foundation. [1] He was also the former Secretary of Health of Switzerland Federal Department of Home Affairs FDHA. He has a long history in public health and has repeatedly been ranked among the 12 most influential political figures of Switzerland. [2]

In 1991, the Swiss Government appointed Zeltner as the 8th Director-General of the Swiss National Health Authority and Secretary of Health of Switzerland, a position he held until the end of 2009.

Under Zeltner's leadership, Switzerland developed in 1991 a pioneering illicit drug policy, which has received global attention. It is based on a 4-pillar strategy (prevention, harm reduction, therapy, and law enforcement), which is enshrined in the Swiss law on narcotic drugs. The harm reduction policy of Switzerland – which includes large-scale syringe exchange programs (also in prisons) [3] and the medical prescription of heroin for chronic heroin addicts – was introduced against the strong opposition of the UN drug control authorities, [4] but endorsed by a majority of the Swiss population in several popular referendums. [5]

In 1999–2000, at the request of the then-Director General of WHO, Gro Harlem Brundtland, Zeltner chaired a committee which investigated the efforts of multinational tobacco companies to undermine tobacco control activities of the World Health Organization (2000). [6] This landmark report marks the beginning of the development of the WHO Framework Convention on Tobacco Control (2003). [7] With his efforts to reduce tobacco consumption in Switzerland, Zeltner became a favorite adversary of big tobacco and was nicknamed “the Tobacco Taliban." [8]

As director of the Swiss Federal Office of Public Health, he presided over changes to transform the regulated market model of the Swiss health care sector into a more value- and consumer-driven health care system. The Swiss model guarantees access to affordable insurance to all, even if they have pre-existing medical problems. All residents are required to buy insurance even if they are currently healthy, so that the risk pool remains reasonably favorable. Finally subsidies are given to low income families to pay for their premiums. Even though the Swiss pay 12.18% of the GDP for health (data 2018), [9] a majority of 78% considers that the system works well or very well. [10] The Swiss health care model is gaining increased international interest, particularly in the U.S. [11]

Zeltner was a member and vice-president of the executive board of the World Health Organization (WHO) (1999-2002). He chaired the committee to reform the governance rules of the WHO in 2002–4. He was also Executive President of the WHO Regional Committee for Europe (1994–95) and Chairman of the Governing Council of the International Agency for Research on Cancer, (1998-2000). Between 2012 and 2014, Zeltner served the World Health Organization (WHO) in the capacity of a Special Envoy. [12] In this function he advised the Director General of WHO, Margaret Chan, in critical areas of the ongoing reform of this UN agency. [13] [14] The work was successfully completed by adoption of the Framework of Engagement with Non-State Actors (FENSA) by the World Health Assembly in May 2016.

Since 1992, he has been Professor of Public Health at the University of Berne and is a visiting scientist at the Harvard School of Public Health (Boston). From 2018 to 2022 he serves as a member of the Board of the Medical University of Vienna (Austria). Zeltner has served as chairman of the board of the health insurer KPT until 2020, the leading online insurance company in Switzerland, which is repeatedly qualified as the best health insurer of Switzerland. [18] He is also president of Blood Transfusion CRS Switzerland, the organization in charge of securing Switzerland's provision with blood and blood products.

Harm reduction, or harm minimization, refers to a range of public health policies designed to lessen the negative social and/or physical consequences associated with various human behaviors, both legal and illegal. Harm reduction is used to decrease negative consequences of recreational drug use and sexual activity without requiring abstinence, recognizing that those unable or unwilling to stop can still make positive change to protect themselves and others. 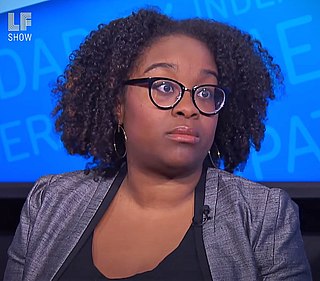 The Drug Policy Alliance (DPA) is a New York City–based nonprofit organization that seeks to advance policies that “reduce the harms of both drug use and drug prohibition, and to promote the sovereignty of individuals over their minds and bodies” The organization prioritizes reducing the role of criminalization in drug policy, advocating for the legal regulation of marijuana, and promoting health-centered drug policies. DPA has been led by executive director Kassandra Frederique since September 2020.

Action on Smoking and Health (ASH) is the name of a number of autonomous pressure groups (charities) in the anglosphere that seek to publicize the risks associated with tobacco smoking and campaign for greater restrictions on use and on cigarette and tobacco sales. 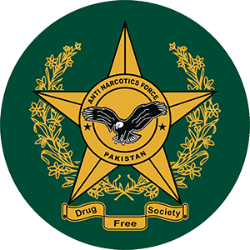 The Anti-Narcotics Force is a federal executive bureau of the Government of Pakistan, tasked with combating the narcotics smuggling and use within Pakistan. ANF works under the umbrella of Pakistan Army and Ministry of Narcotics Control (Pakistan) of which Shahzain Bugti is the minister since March 2022. Due to misconception on Section 4 of ANF ACT 1997, the force's head consisted of the active-duty general officer of Pakistan Army. Although the law prescribes that any competent person may be appointed as Director-General. Currently, a two-star Army Officer, Major general Muhammad Aniq Ur Rehman Malik is deputed as Director-General. The ANF also has sole responsibility for coordinating and pursuing Pakistan narcotics investigations abroad.

Tobacco harm reduction (THR) is a public health strategy to lower the health risks to individuals and wider society associated with using tobacco products. It is an example of the concept of harm reduction, a strategy for dealing with the use of drugs. Tobacco smoking is widely acknowledged as a leading cause of illness and death, and reducing smoking is vital to public health.

A drug policy is the policy regarding the control and regulation of psychoactive substances, particularly those that are addictive or cause physical and mental dependence. While drug policies are generally implemented by governments, entities at all levels may have specific policies related to drugs. 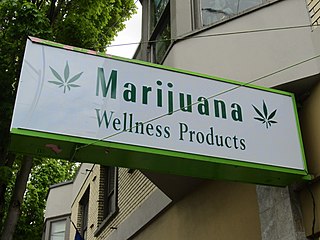 Illicit drug use in Australia is the recreational use of prohibited drugs in Australia. Illicit drugs include illegal drugs, pharmaceutical drugs when used for non-medical purposes, and other substances used inappropriately. According to government and community organisations, the use and abuse, and the illegality, of illicit drugs is a social, health and legal issue that creates an annual illegal market estimated to be worth A$6.7 billion.

Health in Bhutan is one of the government's highest priorities in its scheme of development and modernization. Health and related issues are overseen by the Ministry of Health, itself represented on the executive Lhengye Zhungtshog (cabinet) by the Minister of Health. As a component of Gross National Happiness, affordable and accessible health care is central to the public policy of Bhutan. 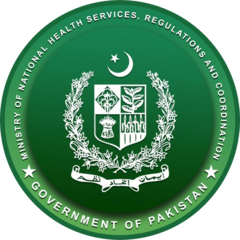 The Ministry of National Health Services, Regulation and Coordination is a cabinet level ministry of the government of Pakistan with responsibility for national public health.

K. Srinath Reddy is an Indian physician who serves as the president of the Public Health Foundation of India and formerly headed the Department of Cardiology at All India Institute of Medical Sciences (AIIMS).

The Global Commission on Drug Policy (GCDP) is a panel of world leaders and intellectuals, with a Secretariat based in Geneva, Switzerland. 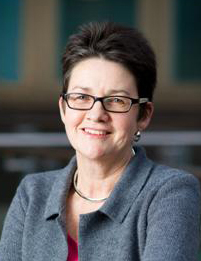 Ann McNeill is a British academic and tobacco policy expert. She is currently a professor of Tobacco Addiction in the National Addictions Centre at the King's College London Institute of Psychiatry and deputy director of the UK Centre for Tobacco Control Studies.

The scientific community in United States and Europe are primarily concerned with the possible effect of electronic cigarette use on public health. There is concern among public health experts that e-cigarettes could renormalize smoking, weaken measures to control tobacco, and serve as a gateway for smoking among youth. The public health community is divided over whether to support e-cigarettes, because their safety and efficacy for quitting smoking is unclear. Many in the public health community acknowledge the potential for their quitting smoking and decreasing harm benefits, but there remains a concern over their long-term safety and potential for a new era of users to get addicted to nicotine and then tobacco. There is concern among tobacco control academics and advocates that prevalent universal vaping "will bring its own distinct but as yet unknown health risks in the same way tobacco smoking did, as a result of chronic exposure", among other things.

Gerry Stimson is a British public health social scientist, emeritus professor at Imperial College London from 2004, and an honorary professor at the London School of Hygiene and Tropical Medicine from 2017. Stimson has over 220 scientific publications mainly on social and health aspects of illicit drug use, including HIV infection. He has sat on numerous editorial boards including AIDS, Addiction, and European Addiction Research, and with Tim Rhodes he was the co-editor-in-chief of the International Journal of Drug Policy from 2000 to 2016. He is one of the global leaders for research on and later advocacy for harm reduction. 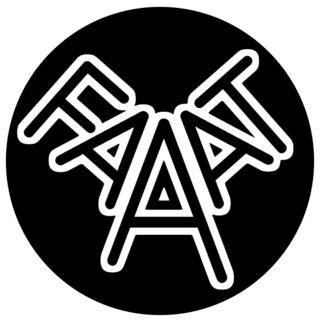 For Alternative Approaches to Addiction, Think & do tank is an international non-profit organization working on drug policy, created in 2015 and based in Paris, France.

The Foundation for a Smoke-Free World is an organization founded in 2017. It is funded by Philip Morris International, which had initial plans for $80 million in annual funding, with the aim of smoking harm reduction. The current pledge agreement from PMI to the Foundation, modified in September 2020, promises only $35 million in funding to the Foundation from 2022 through 2029.

Emily Banks is an epidemiologist and public health physician, working mainly on chronic disease. She is a Professor of Epidemiology and Public Health and Head of the Centre for Public Health Data and Policy at the Australian National University, and a visiting Professor at the University of Oxford.