Healthcare in Switzerland is universal [3] and is regulated by the Swiss Federal Law on Health Insurance. There are no free state-provided health services, but private health insurance is compulsory for all persons residing in Switzerland (within three months of taking up residence or being born in the country). [4] [5] [6]

Swiss are required to purchase basic health insurance, which covers a range of treatments detailed in the Swiss Federal Law on Health Insurance (German : Krankenversicherungsgesetz (KVG); French : la loi fédérale sur l’assurance-maladie (LAMal); Italian : legge federale sull’assicurazione malattie (LAMal)). It is therefore the same throughout the country and avoids double standards in healthcare. Insurers are required to offer this basic insurance to everyone, regardless of age or medical condition. They are not allowed to make a profit off this basic insurance, but can on supplemental plans. [3]

The universal compulsory coverage provides for treatment in case of illness or accident (unless another accident insurance provides the cover) and pregnancy.

Health insurance covers the costs of medical treatment and hospitalization of the insured. However, the insured person pays part of the cost of treatment. This is done by these ways:

In case of pregnancy, there is no charge. For hospitalisation, one pays a contribution to room and service costs.

In 2014, the average monthly compulsory basic health insurance premiums (with accident insurance) in Switzerland are the following: [7]

International civil servants, members of embassies, and their family members are exempted from compulsory health insurance. Requests for exemptions are handled by the respective cantonal authority and have to be addressed to them directly. [8]

The compulsory insurance can be supplemented by private "complementary" insurance policies that allow for coverage of some of the treatment categories not covered by the basic insurance or to improve the standard of room and service in case of hospitalisation. This can include complementary medicine, routine dental treatments, half-private or private ward hospitalisation, and others, which are not covered by the compulsory insurance.

As far as the compulsory health insurance is concerned, the insurance companies cannot set any conditions relating to age, sex or state of health for coverage. Although the level of premium can vary from one company to another, they must be identical within the same company for all insured persons of the same age group and region, regardless of sex or state of health. This does not apply to complementary insurance, where premiums are risk-based.

The Swiss healthcare system is a combination of public, subsidised private and totally private systems:

The insured person has full freedom of choice among the recognised healthcare providers competent to treat their condition (in his region) on the understanding that the costs are covered by the insurance up to the level of the official tariff. There is freedom of choice when selecting an insurance company (provided it is an officially registered caisse-maladie or a private insurance company authorised by the federal law) to which one pays a premium, usually on a monthly basis.

The list of officially approved insurance companies can be obtained from the cantonal authority.

Before the discussions about a nation-wide implementation, electronic health records were widely used in both private and public healthcare organizations. [9]

In 2007, the Swiss Federal Government approved a national strategy for adoption of e-health. [10] A central element of this strategy is a nationwide electronic health record. Following the federal tradition of Switzerland, it is planned that the infrastructure will be implemented in a decentralized way, i.e. using an access and control mechanism for federating existing records. In order to govern legal and financial aspects of the future nationwide EHR implementation, a bill was passed by the Swiss Federal Government in 2013, but left open questions regarding mandatory application. [11] The Federal Act on the Electronic Patient Record came into force on 15 April 2017, but the records will not be universally available until 2020. It will be extended to birth centres and nursing homes in 2022. Both patients and clinicians can store and access health data in the records. [12]

The ‘netCare’ scheme for minor ailments was introduced nationally in 2016. Pharmacists conduct a standardised triage and can prescribe medication. They can also have an unscheduled teleconsultation with a physician. [13]

According to the OECD Switzerland has the highest density of nurses among 27 measured countries, namely 17.4 nurses per thousand people in 2013. [16] The density of practising physicians is 4 per thousand population. [17]

In the 2018 Euro health consumer index survey Switzerland was placed first overtaking the Netherlands, and described as an excellent, although expensive, healthcare system. [18]

Medicare is an unofficial designation used to refer to the publicly funded, single-payer health care system of Canada. Canada's health care system consists of 13 provincial and territorial health insurance plans that provide universal health care coverage to Canadian citizens, permanent residents, and certain temporary residents. These systems are individually administered on a provincial or territorial basis, within guidelines set by the federal government. The formal terminology for the insurance system is provided by the Canada Health Act and the health insurance legislation of the individual provinces and territories.

A health system, also sometimes referred to as health care system or as healthcare system, is the organization of people, institutions, and resources that deliver health care services to meet the health needs of target populations.

Publicly funded healthcare is a form of health care financing designed to meet the cost of all or most healthcare needs from a publicly managed fund. Usually this is under some form of democratic accountability, the right of access to which are set down in rules applying to the whole population contributing to the fund or receiving benefits from it.

Health insurance is an insurance that covers the whole or a part of the risk of a person incurring medical expenses, spreading the risk over numerous persons. By estimating the overall risk of health care and health system expenses over the risk pool, an insurer can develop a routine finance structure, such as a monthly premium or payroll tax, to provide the money to pay for the health care benefits specified in the insurance agreement. The benefit is administered by a central organization such as a government agency, private business, or not-for-profit entity.

Healthcare in Canada is delivered through the provincial and territorial systems of publicly funded health care, informally called Medicare. It is guided by the provisions of the Canada Health Act of 1984, and is universal. Universal access to publicly funded health services is often considered by Canadians as a "fundamental value that ensures national health care insurance for everyone wherever they live in the country." Canadian Medicare provides coverage for approximately 70 percent of Canadians' healthcare needs, and the remaining 30 percent is paid for through the private sector. The 30 percent typically relates to services not covered or only partially covered by Medicare, such as prescription drugs, dentistry and optometry. Approximately 65 to 75 percent of Canadians have some form of supplementary health insurance related to the aforementioned reasons; many receive it through their employers or use secondary social service programs related to extended coverage for families receiving social assistance or vulnerable demographics, such as seniors, minors, and those with disabilities.

Two-tier healthcare is a situation in which a basic government-provided healthcare system provides basic care, and a secondary tier of care exists for those who can pay for additional, better quality or faster access. Most countries have both publicly and privately funded healthcare, but the degree to which it creates a quality differential depends on the way the two systems are managed, funded, and regulated.

Health care prices in the United States describes market and non-market factors that determine pricing, along with possible causes as to why prices are higher than other countries. Compared to other OECD countries, U.S. healthcare costs are one-third higher or more relative to the size of the economy (GDP). According to the CDC, during 2015 health expenditures per-person were nearly $10,000 on average, with total expenditures of $3.2 trillion or 17.8% GDP. Proximate reasons for the differences with other countries include: higher prices for the same services and greater use of healthcare. Higher administrative costs, higher per-capita income, and less government intervention to drive down prices are deeper causes. While the annual inflation rate in healthcare costs has declined in recent decades; it still remains above the rate of economic growth, resulting in a steady increase in healthcare expenditures relative to GDP from 6% in 1970 to nearly 18% in 2015. 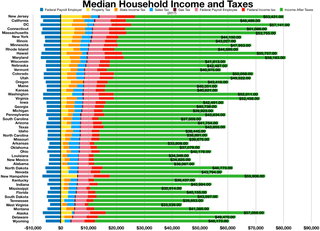 Household income is a measure of the combined incomes of all people sharing a particular household or place of residence. It includes every form of income, e.g., salaries and wages, retirement income, near cash government transfers like food stamps, and investment gains. 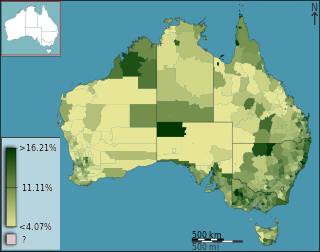 Australia has a highly developed health care structure, though because of its vast size, services are not evenly distributed. Health care is delivered in Australia by both government and private companies which are often covered by Medicare. Health care in Australia is largely funded by the government at national, state and local governmental levels, as well as by private health insurance; but the cost of health care is also borne by not-for-profit organisations, with a significant cost being borne by individual patients or by charity. Some services are provided by volunteers, especially remote and mental health services. 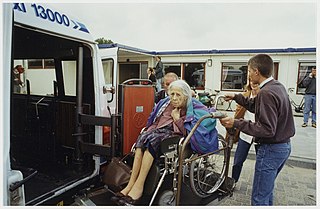 Healthcare in the Netherlands can be divided in several ways: firstly in three different echelons; secondly in somatic versus mental healthcare; and thirdly in "cure" versus "care". Home doctors form the largest part of the first echelon. Being referred by a first echelon professional is frequently required for access to treatment by the second and third echelons, or at least to qualify for insurance coverage for that treatment. The Dutch health care system is quite effective in comparison to other western countries but is not the most cost-effective. Costs are said to be high because of over-use of in-patient care, institutionalised psychiatric care and elderly care. 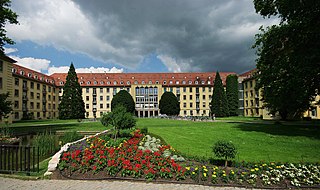 The Régie de l'assurance maladie du Québec is the government health insurance board in the province of Quebec, Canada. The no-longer-official English name is Quebec Health Insurance Board.

The French health care system is one of universal health care largely financed by government national health insurance. In its 2000 assessment of world health care systems, the World Health Organization found that France provided the "best overall health care" in the world. In 2017, France spent 11.3% of GDP on health care, or US$5,370 per capita, a figure higher than the average spent by rich countries, though similar to Germany (10.6%) and Canada (10%), but much less than in the US. Approximately 77% of health expenditures are covered by government funded agencies.

The nation of Austria has a two-tier health care system in which virtually all individuals receive publicly funded care, but they also have the option to purchase supplementary private health insurance. Care involving private insurance plans can include more flexible visiting hours and private rooms and doctors. Some individuals choose to completely pay for their care privately. 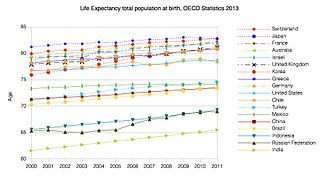 This article provides a brief overview of the health care systems of the world, sorted by continent.

Health care finance in the United States discusses how Americans obtain and pay for their healthcare, and why U.S. healthcare costs are the highest in the world based on various measures. 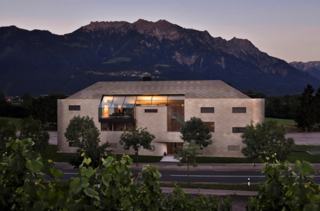 The nation of Liechtenstein has a universal health care system with decentralized, free market elements through mandated health insurance coverage for every person residing in the country.