The hospital was built on the grounds of Dr Cheng's wife's family bungalow and on a neighbouring parcel of land that used to house Yamaha Music School. Construction of the hospital took place over nine months in 1978, in collaboration with his brother and architect, William Cheng, while Dr Cheng still operated his practice from a small plot on-site. [4]

When Thomson Medical Centre became operational in 1979, they were the only private niche hospital for women and children in Singapore, specialising in obstetrics, gynaecology and paediatrics. [5]

The hospital expanded in the late 90s to include more clinics and other facilities.

In 2010 Thomson Medical Centre was bought by billionaire Peter Lim for around $400 million [6] .

The staff of Thomson Medical Centre are also known as Thomson Angels and are recognised for being “cheerful, responsive and attentive.” [7] In 2008, Thomson Medical Centre embarked on the Customer-Centric Initiative (CCI) which was spearheaded by SPRING Singapore. The medical centre topped the CCI rankings in the healthcare industry and achieved a 93% patient satisfaction level in 2009. [8]

In 2013, Thomson Medical Centre introduced the Baby Tagging Solution developed by Cadi Scientific, to ensure that newborns are correctly matched with their mothers. With this system, a mother and her baby are fitted with pre-matched tags upon their arrival at the maternity ward and when the baby is brought to his or her mother, the mother's tag will automatically verify if the baby is the correct one. If the tags do not match, a red light will flash on the mother's tag instead. [9] The General Manager of Thomson Medical Centre, Mrs Mega Shuen, shared that the health and safety of their patients are their top priority. [10]

Pre-birth care and parent coaching services are accessible through the Thomson Parentcraft Centre, where expectant mothers can learn to prepare for their experience during pregnancy and after delivery. [11] [12]

Thomson Medical Centre is the first private hospital in Singapore to set up an In-vitro fertilisation clinic on its premises. In 1988, the hospital delivered Singapore's first IVF triplets. In the same year, the Thomson Fertility Clinic was set up. As of 2009, more than 5,000 couples have been treated for fertility and over 900 IVF babies have been born at their clinic. [13]

In 1990, the hospital produced its first frozen embryo baby.

In 2000, they were the world's first fertility clinic to produce twins from frozen eggs and frozen sperm. [14]

Thomson Medical Centre was listed on the SGX-SESDAQ board in 2005, becoming the fourth healthcare services provider listed on SGX, after Parkway Holdings, Raffles Medical Group and Health Management International. [15] Thomson Medical Centre however was acquired by investor Peter Lim and subsequently delisted on 24 January 2011. [16] [17]

The centre offers a range of maternity and baby items. [18]

In 2010, an IVF mix-up produced a baby with a different father's sperm. [24] Thomson Medical were fined the maximum S$20,000 for failing to ensure suitable assisted reproduction practices were followed, as well as being banned from new IVF for 8 months. [25] After a long-running case, in March 2017 the mother of the child was awarded 30% of the costs of bringing up the child, with whom she does not share a 'genetic affinity'. [25]

In vitro fertilisation (IVF) is a process of fertilisation where an egg is combined with sperm outside the body, in vitro. The process involves monitoring and stimulating a woman's ovulatory process, removing an ovum or ova from the woman's ovaries and letting sperm fertilise them in a liquid in a laboratory. After the fertilised egg (zygote) undergoes embryo culture for 2–6 days, it is implanted in the same or another woman's uterus, with the intention of establishing a successful pregnancy. 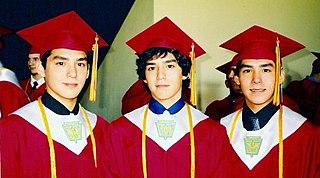 A multiple birth is the culmination of one multiple pregnancy, wherein the mother delivers two or more offspring. A term most applicable to vertebrate species, multiple births occur in most kinds of mammals, with varying frequencies. Such births are often named according to the number of offspring, as in twins and triplets. In non-humans, the whole group may also be referred to as a litter, and multiple births may be more common than single births. Multiple births in humans are the exception and can be exceptionally rare in the largest mammals. 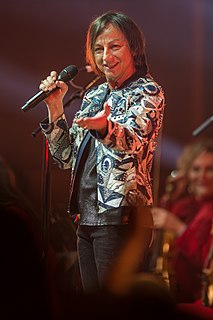 Pregnancy over the age of 50 has, over recent years, become possible for more women, and more easily achieved for many, due to recent advances in assisted reproductive technology, in particular egg donation. Typically, a woman's fecundity ends with menopause, which, by definition, is 12 consecutive months without having had any menstrual flow at all. During perimenopause, the menstrual cycle and the periods become irregular and eventually stop altogether, but even when periods are still regular, the egg quality of women in their forties is lower than in younger women, making the likelihood of conceiving a healthy baby also reduced, particularly after age 42. It is important to note that the female biological clock can vary greatly from woman to woman. A woman's individual level of fertility can be tested through a variety of methods.

Patrick Christopher Steptoe CBE FRS was a British obstetrician and gynaecologist and a pioneer of fertility treatment. Steptoe was responsible with biologist and physiologist Robert Edwards and the nurse Jean Purdy for developing in vitro fertilization. Louise Joy Brown, the first test-tube baby, was born on 25 July 1978. Edwards was awarded the 2010 Nobel Prize in Physiology or Medicine for his work on the development of in vitro fertilization; Steptoe was not eligible for consideration because the Nobel Prize is not awarded posthumously. 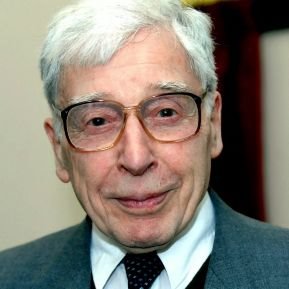 Sir Robert Geoffrey Edwards was an English physiologist and pioneer in reproductive medicine, and in-vitro fertilisation (IVF) in particular. Along with the surgeon Patrick Steptoe, and the nurse Jean Purdy, Edwards successfully pioneered conception through IVF, which led to the birth of Louise Brown on 25 July 1978. They founded the first IVF programme for infertile patients and trained other scientists in their techniques. Edwards was the founding editor-in-chief of Human Reproduction in 1986. In 2010, he was awarded the Nobel Prize in Physiology or Medicine "for the development of in vitro fertilization".

NMC Health is a healthcare chain and distribution business in the United Arab Emirates (UAE). The company is headquartered in Abu Dhabi and has branch offices in Dubai, Ajman, Al Ain and Northern Emirates. The Company operates and manages over 200 facilities in 19 countries. 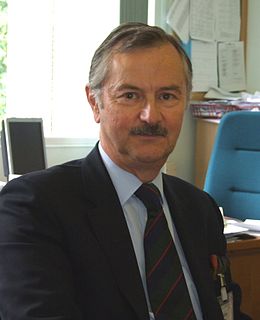 Peter Robert Brinsden MBBS, MRCS, LRCP, FRCOG is known for the treatment of infertility in couples. From 1989 to 2006 he was the medical director of Bourn Hall Clinic in the UK, a leading centre for the treatment of fertility problems, and where about 6,000 babies have been conceived using IVF and other assisted conception treatments. 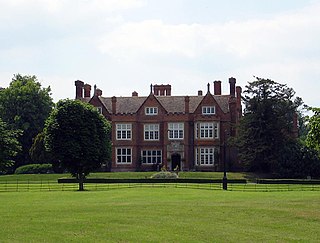 Bourn Hall Clinic in Bourn, Cambridgeshire, England, is a centre for the treatment of infertility. The original building, Bourn Hall, is about 400 years old. Since becoming a medical centre, it has been greatly extended.

Fertility tourism or reproductive tourism is the practice of traveling to another country or jurisdiction for fertility treatment, and may be regarded as a form of medical tourism. The main reasons for fertility tourism are legal prohibitions or regulation of the sought procedure in the home country, the non-availability of a procedure in the home country, as well as lower costs in the destination country. The main procedures sought are in vitro fertilization (IVF) and donor insemination, but also surrogacy.

The Suleman octuplets are six male and two female children conceived via in vitro fertilization (IVF) and subsequently born to Nadya Suleman on January 26, 2009, in Bellflower, California. Residing in Lancaster, California as of 2020, they are only the second full set of octuplets to be born alive in the United States and, having survived more than a week, surpassed the previous worldwide survival rate for a complete set of octuplets set by the Chukwu octuplets of 1998. The extremely controversial circumstances of their high-order multiple birth has led to debate in the field of assisted reproductive technology and an investigation by the Medical Board of California of the fertility specialist involved in the case.

John Webster FRCOG is an English obstetrician and gynaecologist. Present at the world's first IVF birth, Louise Brown, Dr Webster has continued to develop and further research in the field of IVF . 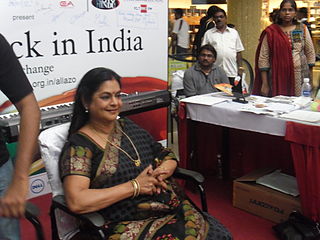 Kamala Selvaraj is an obstetrician and gynecologist from Tamil Nadu, India. Born to Tamil film actor Gemini Ganesan, she commissioned the first test tube baby of South India in August 1990. In 2002 she was awarded PhD for her thesis on "Premature Ovarian Failure and its management". She was also awarded the "Best Lady Doctor Award-1993" and "Rajiv Gandhi Memorial National Integration Award-1995". More than 800 babies have been born as a result of assisted reproduction therapy conducted by her hospital.

Cadi Scientific is a Singapore-based healthcare technology company that develops and markets wireless sensing and tracking devices base on active Radio-frequency identification (RFID) technology for healthcare institutions. Cadi Scientific is known in the Singapore Healthcare market for its Cadi SmartSense System that is designed for tracking patients' real-time locations for automating workflow as well as monitoring patients' temperatures automatically to reduce nurses' workload.

Women's Hospital International and Fertility Centre (WHI&FC), is a private specialized healthcare facility in Uganda. It specializes in the treatment of infertile couples.

Virtus Health is an Australian company, headquartered in Sydney, that provides assisted reproductive technology, specialist pathology and day hospital services. It is currently the largest in vitro fertilization (IVF) provider in Australia. 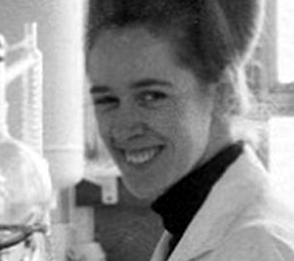 Jean Marian Purdy (1945–1985) was a British nurse and embryologist and a pioneer of fertility treatment. Purdy was responsible with biologist and physiologist Robert Edwards and obstetrician and gynaecologist Patrick Steptoe for developing in vitro fertilisation. Louise Joy Brown, the first test-tube baby, was born on 25 July 1978, and Purdy was the first to see the embryonic cells dividing. Edwards was awarded the 2010 Nobel Prize in Physiology or Medicine for his work on the development of in vitro fertilisation; however, because the Nobel Prize is not awarded posthumously, neither Purdy nor Steptoe were eligible for consideration. Purdy was a co-founder of the Bourn Hall Clinic but her role there and in the development of IVF was ignored for thirty years. 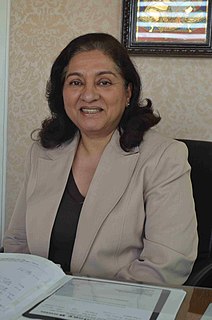 Jaideep Malhotra is an India-based gynecologist, infertility specialist and an ace sonologist. She is the founder of the Infertility Centre of Rainbow IVF and also serves as the director of the hospital. Malhotra received award from Prime minister of Nepal for first 100 IVF babies of Nepal and her clinic, Rainbow IVF was first in Uttar Pradesh for successful IVF, ICSI, TESA, twins and triplets.