The thoracic wall or chest wall is the boundary of the thoracic cavity.

The bony skeletal part of the thoracic wall is the rib cage, and the rest is made up of muscle, skin, and fasciae.

The chest wall has 10 layers, namely (from superficial to deep) skin (epidermis and dermis), superficial fascia, deep fascia and the invested extrinsic muscles (from the upper limbs), intrinsic muscles associated with the ribs (three layers of intercostal muscles), endothoracic fascia and parietal pleura. However, the extrinsic muscular layers vary according to the region of the chest wall. For example, the front and back sides may include attachments of large upper limb muscles like pectoralis major or latissimus dorsi, while the sides only have serratus anterior.

When not breathing for long and dangerous periods of time in cold water, a person's body undergoes great temporary changes to try to prevent death. It achieves this through the activation of the mammalian diving reflex, which has 3 main properties. Other than bradycardia and peripheral vasoconstriction, there is a blood shift which occurs only during very deep dives that affects the thoracic cavity (a chamber of the body protected by the thoracic wall.) When this happens, organ and circulatory walls allow plasma/water to pass freely throughout the thoracic cavity, so its pressure stays constant and the organs are not crushed. In this stage, the lungs' alveoli fill up with blood plasma, which is reabsorbed when the organism leaves the pressurized environment. This stage of the diving reflex has been observed in humans (such as world champion freediver Martin Štěpánek) during extremely deep (over 90 metres or 300 ft) free dives.

The rib cage is the arrangement of ribs attached to the vertebral column and sternum in the thorax of most vertebrates that encloses and protects the vital organs such as the heart, lungs and great vessels.

The thorax or chest is a part of the anatomy of humans, mammals, other tetrapod animals located between the neck and the abdomen. In insects, crustaceans, and the extinct trilobites, the thorax is one of the three main divisions of the creature's body, each of which is in turn composed of multiple segments.

The spermatic cord is the cord-like structure in males formed by the vas deferens and surrounding tissue that runs from the deep inguinal ring down to each testicle. Its serosal covering, the tunica vaginalis, is an extension of the peritoneum that passes through the transversalis fascia. Each testicle develops in the lower thoracic and upper lumbar region and migrates into the scrotum during its descent it carries along with it vas deferens, its vessels, nerves etc. There is one on each side.

The diving reflex, also known as the diving response and mammalian diving reflex, is a set of physiological responses to immersion that overrides the basic homeostatic reflexes, and is found in all air-breathing vertebrates studied to date. It optimizes respiration by preferentially distributing oxygen stores to the heart and brain, enabling submersion for an extended time. 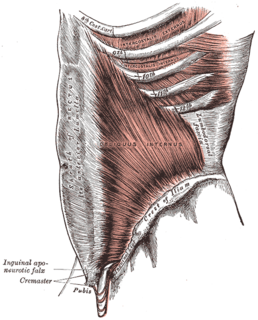 A fascia is a band or sheet of connective tissue, primarily collagen, beneath the skin that attaches to, stabilizes, encloses, and separates muscles and other internal organs. Fascia is classified by layer, as superficial fascia, deep fascia, and visceral or parietal fascia, or by its function and anatomical location.

Reduction mammoplasty is the plastic surgery procedure for reducing the size of large breasts. In a breast reduction surgery for re-establishing a functional bust that is proportionate to the woman's body, the critical corrective consideration is the tissue viability of the nipple–areola complex (NAC), to ensure the functional sensitivity and lactational capability of the breasts. The indications for breast reduction surgery are three-fold – physical, aesthetic, and psychological – the restoration of the bust, of the woman's self-image, and of her mental health. 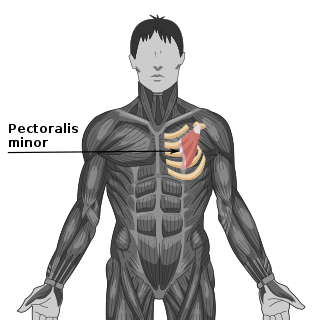 Pectoralis minor muscle is a thin, triangular muscle, situated at the upper part of the chest, beneath the pectoralis major in the human body.

The serratus posterior inferior muscle, also known as the posterior serratus muscle, is a muscle of the human body.

Mastopexy is the plastic surgery mammoplasty procedure for raising sagging breasts upon the chest of the woman, by changing and modifying the size, contour, and elevation of the breasts. In a breast-lift surgery to re-establish an aesthetically proportionate bust for the woman, the critical corrective consideration is the tissue viability of the nipple-areola complex (NAC), to ensure the functional sensitivity of the breasts for lactation and breast-feeding. 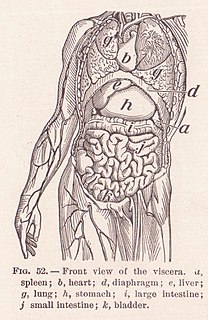 Anatomical terminology is a form of scientific terminology used by anatomists, zoologists, and health professionals such as doctors. 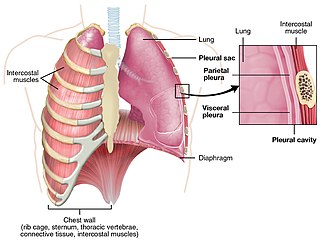