Thorleifs Hit Collection is a 2002 Thorleifs double compilation album. [1] [2] At the album charts, it peaked at 42nd position in Sweden.

Thorleifs was a Swedish dansband, formed in 1962 in Norrhult, Kronoberg County, Sweden and led by Thorleif Torstensson. The band that sings in Swedish and many other languages, also released albums in German. It also took part in Melodifestivalen 2009 with the song "Sweet Kissin' in the Moonlight" but did not proceed into the finals.

Världens bästa lotta was released on March 22, 2006 and is an album from the Swedish dansband and pop singer Lotta Engberg. It is a double CD collection of some of her hits throughout the years. Some of the songs on the record are performed by her as a solo artist, others together with the bands Lotta & Anders Engbergs Orkester and Lotta Engbergs.

Moderna Tider is the second album by Swedish pop group Gyllene Tider, released on 10 March 1981. 130,000 copies were ordered in advance. The album peaked at No. 1 on the Swedish albums chart and No. 2 on the Norwegian albums chart.

Credo is an album by the Swedish singer Carola Häggkvist. It was released in May 2004 in Sweden, Denmark, Finland and Norway. On the album charts, the album peaked at number 2 in Sweden. 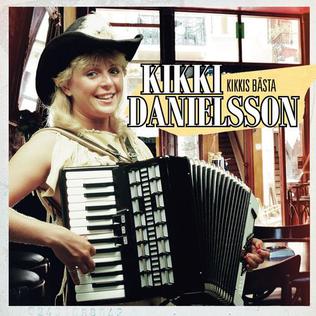 Leif Bloms was a dansband in Växjö in Sweden. scoring chart successes at the Swedish album chart during the mid-late 1970's. On 31 December 1995 the band was disbanded after singing and playing together for almost 40 years. Starting with the 1981 album Håll dig kvar, the band's singer was Mona Gustafsson, who wrote the band's 1992 song Dej ska jag älska all min tid which won the 1992 Hänt song contest in Älvsjö. After the band was disbanded, Mona Gustafsson, Patrik Ahlm and René Saulesco founded another dansband, Mona G:s orkester.

All Included is an Arvingarna compilation album, originally supposed to be released on 18 April 2007 before the release was postponed one week, to 25 April 2007.

En dag i juni is a 1974 Thorleifs studio album In 1996, the album was rereleased to CD and cassette tape on the Golden Line label.