Thornhill ARLFC was formed in 1988 at a meeting held at Thornhill Edge Club, attended by Thornhill Gate Officials, players and supporters along with Thornhill Lees Juniors parents and officials.

Previously to that, Rugby League in the Thornhill area had been played under the Overthorpe Rangers and Gate Inn Banner. The club started by electing to have Overthorpe Sports Club as the club's headquarters.

Players still had to get changed in the old council building at the entrance to Overthorpe Park, but a lot of people rallied round and the old dressing rooms were given a face-lift in 1994 when a lot of players got involved to improve the facility. This included the fabrication, erecting and welding of new rugby posts, and barriers around the field with an army of helpers. An old joiners shop at the top of the yard was also converted to make 2 more dressing rooms, showering facilities, and a tea room. Overthorpe also had two dressing rooms, so at one specific time three games could actually be played at once.

In the summer of 1994, the club applied for National Conference Membership after having good cup runs in the County Cups under Johnny Harpin's astute coaching. At Christmas 1994, Thornhill played Blackpool and qualified for the very first time into the Rugby League cup on 1 May. In January 1995 the club drew Hull KR away on Sunday 13 January, but on that occasion the game was called off at approximately 10.30 am. The game was rescheduled on 15 January at 7.30 pm. Seven supporters buses were taken to Hull for the game and Andy Smith became the first Thornhill player to score a try in the Rugby League Cup, although Thornhill were beaten.

The club secured promotion in its first season in the NCL and at the end of the year also qualified for the club's only appearance in the County Cup Final versus Skirlaugh at Tetley's Stadium, Dewsbury on 23 December 1995. In front of 2500 spectators Thornhill were beaten by Skirlaugh who took the trophy winning 11–6 with Steve Barwick scoring Thornhill's only try. Further big games were to follow, and Thornhill went to Swinton in 1996, Featherstone in 1997 and Dewsbury in 1998 in the Rugby League Cup. At the beginning of 2000, Thornhill travelled to Sheffield to play the 1998 victors over Wigan and on that January day, Thornhill pulled off the biggest shock by beating the Sheffield Eagles and becoming the toast of the amateur game;[ citation needed ] This being the first time a Heavy Woollen Club had achieved this. At the 2009–10 National Conference League Awards evening held at Headingley Stadium, the club won Programme of the Year and Andrew Byram was Secretary of the year.

In the meantime, the club were chasing the Lottery to get a grant for a brand new clubhouse. In 2001, Thornhill played Hunslet, in 2003 it was Keighley and then in 2006, Thornhill struck again by beating a professional club. The victims being Workington Town at Rams Stadium. The reward for this was a trip to France to play Catalans Dragons. Around this time the club gained a noticeable following from a group of supporters who called themselves "The Crazy Gang". This was followed by a National Conference Grand Final at Mount Pleasant against Oulton, unfortunately losing the game. The game hit the head lines for all the wrong reasons with crowd trouble in the main stand prior to the trophy presentations. The club was handed a £1,000 fine for this and suffered a 4-point deduction at the start of the 2006–07 league season. Former Super League star Paul March took over as Head Coach immediately after the Grand Final defeat. In 2007, the club played Strela Kazan, Russian side in the Carnegie Challenge Cup. The game was staged in Overthrope Park with a crowd of over 1,500 present. When Paul March left to become coach at York City Knights, player Scott Dyson took the helm as player / coach. Under Dyson the club pulled off some battling performances to hang onto their Conference Premier Division status, however having avoided relegation, a 76–0 hammering at Leigh Miners on the last day of the 2007/08 season was the beginning of the end.

The club were relegated from the National Conference Premier Division after registering only 2 wins all season during 2008–09. Robin Jowitt resigned as coach in November 2008. Joint coaches Keith Mason and Richard Butterworth managed to register league wins over Leigh East and East Hull. However, after a home defeat to Skirlaugh the coaching duties were handed over to Andy Kelly.

Under the guidance of Andy Kelly, the club competed in the 2009 National Conference Summer League and reached the semi-finals.

The club made a promising start to life in National Conference League Division One and were amongst the early runners for promotion. However, after the departure of coach Andy Kelly the club entered another downward spiral.

Senior player Wayne Loney took over as coach during a difficult period for the club. Despite some encouraging wins over Heworth and Saddleworth the club finished in the relegation zone. The club record defeat was recorded when they lost 102–4 at Thatto Heath.

Relegation to the Conference 2nd Division was prevented when the NCL restructured and it was announced that Thornhill would retain their Division 1 status. However, in the summer of 2010 the club hit rock bottom. Due to a lack of players at Open Age Level and financial difficulties off the field, the club decided to withdraw their membership of the National Conference League and run one team in the Pennine League. The club took up the place in Division 3 of the Pennine League which had been reserved for their defunct 'A' team.

The club restructured off the field during the summer of 2010 to ensure all historic debts could be serviced and began a rebuilding process at Open Age level.

In December 2011, they reached the final of the Hamuel Reichenbacher Yorkshire Cup Final beating Queen's in the semi final after Liam Morley converted a golden point. In front of over 3000 people at Belle Vue, Wakefield they narrowly lost to Hunslet Old Boys. The club finished unbeaten 2nd Division Champions and the 'A' team were unbeaten Division 7 Champions. The club also won the Andrew Bennett Memorial Trophy beating Methley Royals. At the Pennine League end of season dinner Thornhill were awarded the Chairman's Special Award and long serving Secretary Andrew Byram was named Club Person of the Year.

In the summer of 2012, the club received the news that the Pennine League had fast-tracked them from Division 2 to the Pennine Premier Division. The club's 'A' team were moved up to Division 4.

The Huddersfield Giants are an English professional rugby league club from Huddersfield, West Yorkshire, the birthplace of rugby league, who play in the Super League competition. They play their home games at the John Smiths Stadium which is shared with Huddersfield Town F.C.. Huddersfield is also one of the original twenty-two rugby clubs that formed the Northern Rugby Football Union in 1895, making them one of the world's first rugby league teams. The club was founded in 1864 and is the world's oldest professional rugby league club. They have won 7 Championships and 6 Challenge Cups, but have not won a major trophy since 1962, Although they did win the 2013 League Leaders Shield after topping the table for the first time in 81 years.

Sheffield Hawks ARLFC is a rugby league club based in Sheffield, South Yorkshire, England. The Open Age team plays winter rugby in the Pennine League. They also field junior teams from age 6 up to 16.

The Hemel Stags were a semi-professional rugby league club based in Hemel Hempstead, Hertfordshire, England. The club had played in Betfred League 1 since the 2013 season but withdrew from the 2019 season in October 2018. The club was granted permission to relocate to Ottawa and to begin play in 2020 after withdrawing from the rugby league third division, later delayed to 2021

Bradford Dudley Hill Rugby League Club is an English rugby league team based in Bradford, West Yorkshire. Originally formed after the First World War, the club was re-established in 1948, and since 2006 has played in the National Conference League. 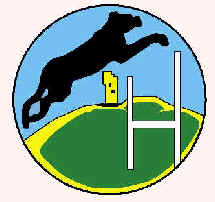 Newsome Panthers ARLFC is an amateur rugby league club based in Newsome, Huddersfield. The club was founded with only two junior teams in 1995 and has since grown into one of the largest clubs in Yorkshire with teams for children of all ages. More recently the club founded an open-age team into which the junior players could progress. The club has eleven junior teams playing the West Riding League and Yorkshire Combination League. The open age team currently play in division 1 of the Pennine League.

The National Conference League is the top league in the pyramid of amateur rugby leagues. It was formerly run by the British Amateur Rugby League Association (BARLA) in winter but now forms tier 3 of the RFL's pyramid in summer.

Kippax Knights are an amateur rugby league team based in Kippax, Leeds, England. The team plays in the Yorkshire Men's League.

Aberdeen Warriors are a Scottish rugby league club based in the city of Aberdeen. The club was founded in 2010. They play in the Scottish National League and have won the league on four occasions. Home games are played at the Woodside Sports Complex, also known as the Hazlehead Academy.

The League 1 Cup was a knockout cup competition organised by the Rugby Football League for the third division of rugby league in Britain. The cup was contested by the British League 1 teams, as well as two teams from the National Conference League. The final took place on the same weekend as The Summer Bash, and was the first game of the weekend to be played.

Leigh Miners Rangers are a community amateur rugby league football club from Leigh in the Metropolitan Borough of Wigan, Greater Manchester. The club currently competes in the top division of the National Conference League soon to be in the national conference division 1. The club also operates an A team and an under 18s team; plus numerous junior teams. Now includes a successful Ladies side and Masters Section. 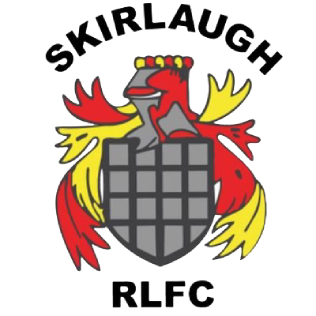 Hensingham ARLFC is an amateur Rugby league club based in Whitehaven. Founded in 1900, It wasn't until 1920 that the Club changed its allegiances to Rugby League. Hensingham are one of the oldest rugby clubs in the country. They now play their rugby in the NCL Division Three.

The NCL or National Conference League Division One is the secondary British amateur rugby league competition in the Rugby Football League pyramid.