Wigan St. Patricks is an amateur rugby league football club based in the Scholes area of Wigan, Greater Manchester. The first team plays in the National Conference League Premier Division.

In 1986, the club was one of ten founder members of the BARLA National Amateur League (now known as the National Conference League). [1] As of 2014, they have never been relegated from the league's top division.

In 2014, St Pats reached the third round of the Challenge Cup, and were drawn against Leigh Centurions. Although St Pats were drawn at home, the club played the fixture at Leigh Sports Village, as their own ground did not meet the RFL's minimum requirements to host the fixture. St Pats were defeated 6–74. [6]

In January 2015, the club announced that they would not be taking part in the 2015 Challenge Cup, as "it was not in the players or clubs interest to enter the competition this year". Although cup matches against professional opposition usually generate a significant financial windfall for amateur teams, St Pats revealed they had made just £63 from their Challenge Cup game against Leigh in the previous year due to the costs of hosting the game at another venue. [7]

In 2017, St Pats' first round Challenge Cup tie against Leigh Miners Rangers was broadcast online on the BBC Sport website, and was the first time the opening round of the Challenge Cup had been shown live. [8]

The Leigh Centurions are a professional rugby league club in Leigh, Greater Manchester, England, who will compete in the Super League.

The Rugby League Conference (RLC), was a series of regionally based divisions of amateur rugby league teams spread throughout England, Scotland and Wales. 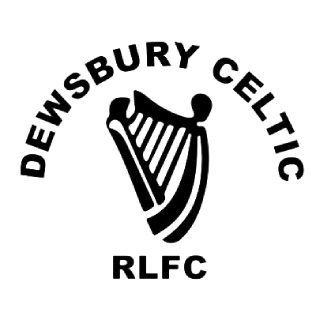 Dewsbury Celtic is a rugby league club in the town of Dewsbury, West Yorkshire. They play in the NCL Division Three and have a thriving junior section. Their second team, known as the Shamrocks, competed in the Pennine League in 2005/2006 but had to withdraw after British Amateur Rugby League Association rule changes meant that players could not overlap summer and winter seasons.

Bradford Dudley Hill Rugby League Club is an English rugby league team based in Bradford, West Yorkshire. Originally formed after the First World War, the club was re-established in 1948, and since 2006 has played in the National Conference League.

The North West Counties A.R.L. were a series of rugby league regional leagues in the North West of England. Most clubs at open age level joined the North West Men's League in 2011 and 2012 but it carried on until folding part way through the 2014-15 season. 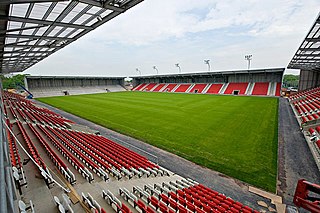 Joseph Egan was an English professional rugby league footballer who played in the 1930s, 1940s and 1950s, and coached in the 1950s, 1960s and 1970s. He played at representative level for Great Britain and England and Lancashire, and at club level for Wigan from 1938 to 1950, Oldham and Leigh, as a hooker, or second-row, i.e. number 9, or, 11 or 12, during the era of contested scrums, and coached at club level for Leigh, Wigan, Widnes, Warrington and Blackpool Borough. Egan is a Wigan Hall of Fame inductee, and was a life member at Wigan, Egan later became coach of Wigan, taking them to Championship success in the 1959–60 season.

The National Conference League is the top league in the pyramid of amateur rugby leagues. It was formerly run by the British Amateur Rugby League Association (BARLA) in winter but now forms tier 3 of the RFL's pyramid in summer.

West Hull A.R.L.F.C. is an amateur rugby league football club from Kingston upon Hull, currently playing in the National Conference League Premier Division. The team plays their home matches at West Hull Community Park and their strip colours are green and gold. 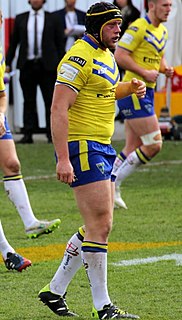 Christopher Hill is an English professional rugby league footballer who plays as a prop for the Warrington Wolves in the Super League, and England and Great Britain at international level. 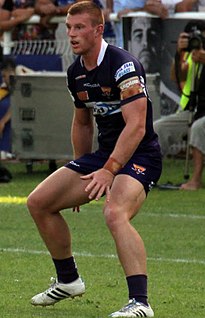 Jack Hughes is an English rugby league footballer who plays as a second-row and centre for the Warrington Wolves in the Betfred Super League and the England Knights at international level.

Egremont Rangers is an amateur rugby league club in Egremont, Cumbria, which plays at Gillfoot Park and competes in the National Conference League Division 1. 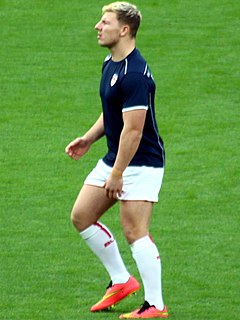 George Williams is an English professional rugby league footballer who plays as a halfback for the Canberra Raiders in the NRL, and England at international level.

Joe Burgess is an English rugby league footballer who plays as a winger for the Salford Red Devils in the Betfred Super League and England at international level.

This was the eighth season for rugby league's League Cup competition, which was now known as the John Player Trophy for sponsorship reasons.

The 1993–94 League Cup was the twenty-third season of the rugby league League Cup, known as the Regal Trophy due to sponsorship by Regal.

The 1994–95 League Cup was the twenty-fourth season of the League Cup, rugby league's secondary cup competition known as the Regal Trophy due to sponsorship.

The 2015 Challenge Cup, was the 114th staging of the rugby league tournament for teams in the Super League, the British National Leagues and a number of invited amateur clubs. 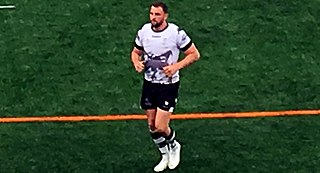 Sam Hopkins is a Wales international rugby league footballer who plays as a prop for Rochdale Hornets in Betfred League 1. 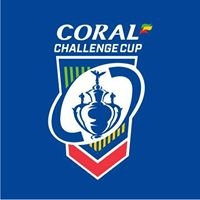 The 2019 Challenge Cup known as the Coral Challenge Cup for sponsorship reasons, is the 118th staging of the Challenge Cup, the main rugby league knockout tournament for teams in the Super League, the British National Leagues and a number of invited amateur clubs.