Those Annoying Post Bros. is an independent comic mostly by Matt Howarth about two fun-loving bad boys, Ron Post and Russ Post, from the fictional Bugtown. Equally inspired by H. P. Lovecraft, Philip K. Dick, and ambient electronic music, the series ran for 63 issues (published by a number of companies) from 1985–1998, making it one of the longest-running indy comics titles.[ citation needed ]

The Post Bros., Ron and Russ (named for brothers Ron and Russ Mael, the duo that make up the American pop and Rock duo, Sparks) are natives of a mysterious transdimensional locality known as Bugtown, where all residents possess the ability to engage in interdimensional travel. Anyone killed in Bugtown or brought there immediately after death will soon regenerate. According to creator Howarth, the Post Bros. are "greedy, pathologically trigger-happy, completely corruptible, endlessly irritating, psychotically solipsistic and — unfortunately for all — possessed of the ability to instantly shift between all possible reality levels". [1]

The spin-off character Savage Henry, guitarist for the Bugtown band the Bulldaggers, ended up with his own series, published from 1987–1994.

The real-world experimental musician Conrad Schnitzler of (Tangerine Dream and Kluster) was a regular guest in Those Annoying Post Bros., appearing in issues #2, 5, 42, 48, 50, and 63 (with cameos in issues #7, 16, and 41); and Annuals #1–2 (with a cameo In #3). In addition, the real-world avant-garde art collective The Residents appeared in Those Annoying Post Bros.: Stalking Ralph (Aeon Press, 1995).

The Post Brothers debuted in the early 1980s in Heavy Metal magazine, and their adventures were serialized there for a number of issues. In 1985, Vortex Comics began publishing Those Annoying Post Bros. It ran for 18 issues until 1990. In 1991, the title was taken over by Rip Off Press, which published an additional 20 issues until 1994.

Beginning in 2008, Howarth wrote a number of prose novels (with no illustrations) taking place in the Bugtown universe that also featured the Post Bros. 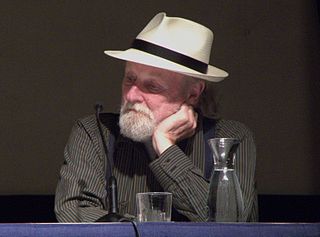 Matt Howarth is an American comic book writer/artist known for such series as Those Annoying Post Bros, Savage Henry, Star Crossed, and Bugtown.

Erik J. Larsen is an American comic book artist, writer, and publisher. He currently acts as the chief financial officer of Image Comics. He gained attention in the early 1990s with his art on Spider-Man series for Marvel Comics. In 1992 he was one of several artists who stopped working for Marvel to found Image Comics, where he launched his superhero series Savage Dragon – one of the longest running creator-owned superhero comics series – and served for several years as the company's publisher.

Ted McKeever is an American artist known for his work in the comic book industry. A master of pen-and-ink, McKeever has also fully painted many comics. He is known for his distinct graphic style and "bold, angular lines, which gives his work a fantastic, almost Kafka-esque edge." 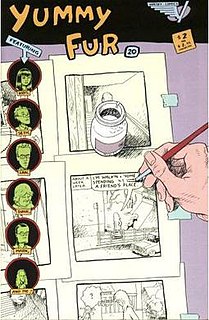 Yummy Fur (1983–1994) was a comic book by Canadian cartoonist Chester Brown. It contained a number of different comics stories which dealt with a wide variety of subjects. Its often-controversial content led to one printer and one distributor refusing to handle it.

Roberta Gregory is an American comic book writer and artist best known for the character Bitchy Bitch from her Fantagraphics Books series Naughty Bits. She is a prolific contributor to many feminist and underground anthologies, such as Wimmen's Comix and Gay Comix.

Savage Henry is the title of a comic book series written and illustrated by Matt Howarth. The stories center on Savage Henry, lead guitarist of the "insect rock" band the Bulldaggers. Howarth regularly drew "guest appearances" by real world musicians in the comic book, including The Residents, Moby, Foetus, Hawkwind, Nash the Slash, and others.

Rip Off Press, Inc. is a mail order retailer and distributor, better known as the former publisher of "adult-themed" series like The Fabulous Furry Freak Brothers and Rip Off Comix, as well as many other seminal publications from the underground comix era. Founded in 1969 in San Francisco by four friends from Austin, Texas — cartoonists Gilbert Shelton and Jack Jackson, and Fred Todd and Dave Moriaty — Rip Off Press is now run out of Auburn, California, by Todd. 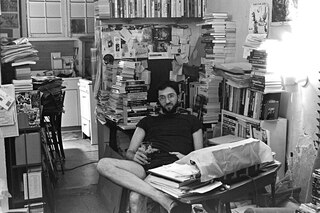 Louis J. Stathis was an American author, critic and editor, mainly in the areas of fantasy and science fiction. During the last four years of his life he was an editor for DC Comics' Vertigo line, working on such titles as Preacher, Doom Patrol, Industrial Gothic, Peter Kuper's The System, and Dhampire.

Lowlife is a semi-autobiographical comic book series written and drawn by Ed Brubaker, originally published by Caliber Comics and later Aeon Press. Collected editions were put out by Aeon and Black Eye Books.

Jan Steven Strnad is an American writer of comic books, horror, and science fiction. He is known for his many collaborations with artist Richard Corben, as well as his work in the Star Wars expanded universe, the majority of which has been published by Dark Horse Comics. He has also written for DC Comics, Marvel Comics, Eclipse Comics, and Fantagraphics Books.

Vortex Comics is a Canadian independent comic book publisher that began operation in 1982. Under the supervision of president, publisher, and editor Bill Marks, Vortex was known for such titles as Dean Motter's Mister X, Howard Chaykin's Black Kiss, and Chester Brown's Yummy Fur, the last of which was a pioneer of alternative comics. Vortex also earned a reputation for publishing Canadian comic book creators such as Brown, Ty Templeton, Ken Steacy, and Jeffrey Morgan.

James Wallis is a British designer and publisher of tabletop and role-playing games. 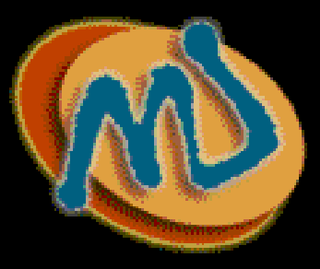 Larry S. Todd is an American illustrator and cartoonist, best known for Dr. Atomic and his other work in underground comix, often with a science fiction bent.

Ariel Bordeaux is an American alternative cartoonist, painter, and writer. She is known for the confessional autobiographical minicomics series Deep Girl and the two-person title Raisin Pie.