Thought Industry, formerly known as Desacrator, was an American progressive metal band. It was founded in Kalamazoo, Michigan in 1989 by vocalist/bassist Brent Oberlin, drummer Dustin Donaldson (who formed I Am Spoonbender in 1997), guitarist Christopher Lee Simmonds (a.k.a. Christopher Lee), and guitarist Steve Spaeth who replaced original Desacrator guitarist, Dan Roe. Spaeth left the band due to internal conflicts with Simmonds and started the band Clockmaker. The position was filled by guitarist Paul Enzio in time for 1992's Songs for Insects , their Metal Blade Records debut. [1] This was followed up by Mods Carve the Pig: Assassins, Toads and God's Flesh . [1] 1996's Outer Space Is Just a Martini Away subsequently saw a significant change in the band's sound and lineup when Donaldson was replaced by Jared Bryant. Oberlin switched to guitar and bassist Herb Ledbetter was added. Thought Industry continued to strip down their lineup and sound with 1997's moody Black Umbrella , which saw the departure of Lee. Bryant, Enzio and Ledbetter also left the band in 1999, which prompted Oberlin to assemble an entirely new lineup for 2001's magnum opus Short Wave on a Cold Day . Engineer Mike Roche, who recorded Thought Industry's Black Umbrella and Fred Thompson Trio's Scary Halloween Sound Effects and filled in on bass from time to time, was added as a full-time guitarist along with drummer Cameron Taylor, bassist Mark Baldwin and guitarist Jeff Borkowski.

Christopher Lee Simmonds continued to perform as a singer/songwriter in the Chicago area through 1996. Simultaneously recording with Filter on 1997's Title of Record and recording and producing the debut album by local band MiLkBabY for his label Moonquake Mobile. Simmonds also recorded two solo albums, toured the mid-west and east coast through late 2007 and re-located to Baltimore, Maryland, that September. There Simmonds established himself as a studio engineer and producer of many projects. Most notable would be Good Charlotte, Jimmie's Chicken Shack, Marcy Playground, Underfoot, Filter, Gods & Aliens, Bullhead and many in the local scene. Simonds continued with his progressive metal nature and created what most consider to be the continuation of Thought Industry, Bullhead. Bullhead is a culmination of the most extreme of Simmonds' work.

Simmonds went on to perform with The Static Dynamic, based out of Boston, Massachusetts. The band released a ten-song, self-titled CD distributed by Tunecore through iTunes and Rhapsody. Simmonds continues to perform as a solo singer/songwriter in Los Angeles, Las Vegas, Chicago, Baltimore, Pittsburgh, and Philadelphia on a regular basis. As a singer for Cosmonaut, Oberlin released Pipebomb Full of Nails in 2004. Cosmonaut's debut release was released on Swollen Lip Records. 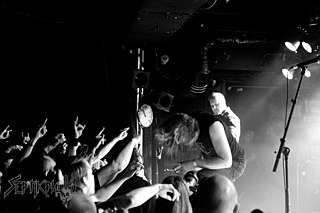 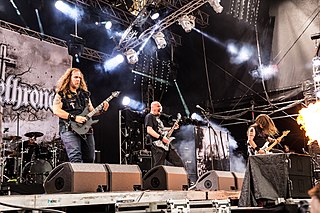 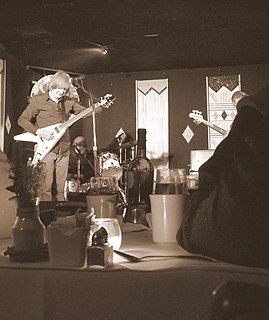 Savoy Brown are an English blues rock band formed in Battersea, south west London, in 1965. Part of the late 1960s blues rock movement, Savoy Brown primarily achieved success in the United States, where they promoted their albums with non-stop touring. 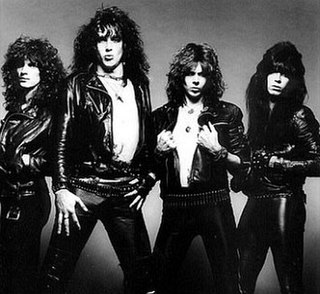 Steeler was an early 1980s American heavy metal band that featured Swedish guitar virtuoso Yngwie Malmsteen upon his arrival in the United States. The band was founded in 1981 in Nashville, Tennessee, by vocalist Ron Keel and released one album on Shrapnel Records in 1983 before morphing into Keel. 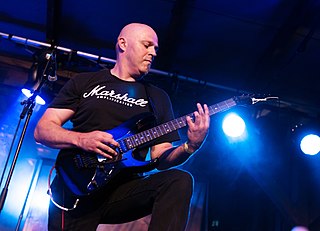 Toxik is an American thrash metal band formed in 1985 in Peekskill, New York. After breaking up for the first time in 1992 and briefly reuniting in 2007, the band reformed once again in 2013. Toxik has gone through several lineup changes over the years, leaving guitarist Josh Christian as the only constant member. The band has released three studio albums to date, World Circus (1987), Think This (1989) and Dis Morta (2022). 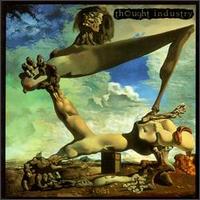 Songs for Insects is the debut album for American progressive metal band Thought Industry. It was released in 1992 through Metal Blade Records, was produced by Dave "Rave" Ogilvie, and features as cover art "Soft Construction with Boiled Beans " by Spanish surrealist Salvador Dalí. 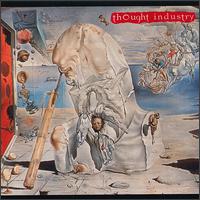 Mods Carve the Pig: Assassins, Toads and God's Flesh is the second album by Kalamazoo-based progressive metal band Thought Industry. It was released in 1993 on Metal Blade Records and featured cover art from the Apotheosis of Homer by Spanish surrealist Salvador Dalí. Mods is the final Thought Industry release to include co-founder Dustin Donaldson. 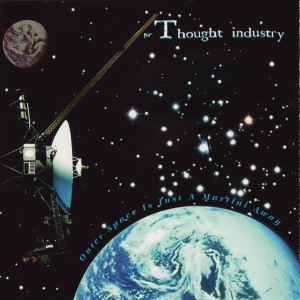 Outer Space is Just a Martini Away is the third album from Kalamazoo-based progressive metal band Thought Industry. Released in 1996 on Metal Blade Records.

Black Umbrella is the fourth album by the Kalamazoo-based progressive metal band Thought Industry, released in 1997. 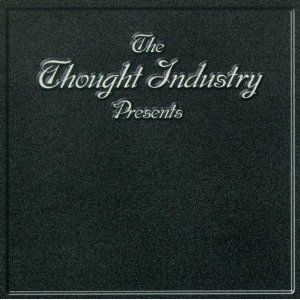 Recruited to Do Good Deeds for the Devil is the fifth album released by Kalamazoo-based progressive metal band Thought Industry. It is a compilation album featuring previously unreleased songs and live tracks.

Short Wave on a Cold Day is the fifth album released by Kalamazoo-based progressive metal band Thought Industry. It was released in 2001 on Metal Blade Records. 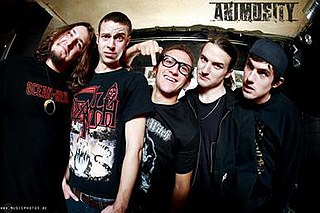 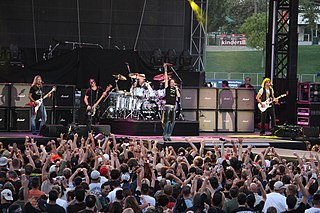 Ratt is an American metal band formed in San Diego, California, in the 1977, that had significant commercial success in the 1980s, with their albums having been certified as gold, platinum, and multi-platinum by the RIAA. The group is best known for their hit singles "Round and Round" and "Lay It Down," both of which charted in the top 40 of the Billboard Hot 100. Other songs such as "Wanted Man," "You're in Love," "Dance," and "Way Cool Jr." also charted on the Hot 100.