Thozamile Botha (born 16 June 1948) is a South African politician. [1] He started his political career as a trade unionist and was an executive member of the Congress of South African Trade Unions. Due to the apartheid government he went into exile in 1980 to Lesotho where he worked with Chris Hani. He later moved to Lusaka, Zambia before completing a master's degree in political science and public administration at the University of Essex. He returned to South Africa when the African National Congress was unbanned in 1990 and was elected head of the ANC's Department of Local and Regional Government. 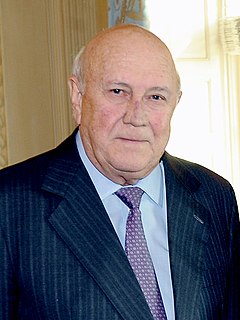 Frederik Willem de Klerk is a South African politician who served as State President of South Africa from 1989 to 1994 and as Deputy President from 1994 to 1996. As South Africa's last head of state from the era of white-minority rule, he and his government dismantled the apartheid system and introduced universal suffrage. Ideologically a conservative and an economic liberal, he led the National Party from 1989 to 1997.

Field Marshal Jan Christiaan Smuts was a South African statesman, military leader, and philosopher. In addition to holding various cabinet posts, he served as prime minister of the Union of South Africa from 1919 until 1924 and from 1939 until 1948. Although Smuts had originally advocated racial segregation and opposed the enfranchisement of black Africans, his views changed and he backed the Fagan Commission's findings that complete segregation was impossible. Smuts subsequently lost the 1948 election to hard-line nationalists who created apartheid. He continued to work for reconciliation and emphasised the British Commonwealth’s positive role until his death in 1950. 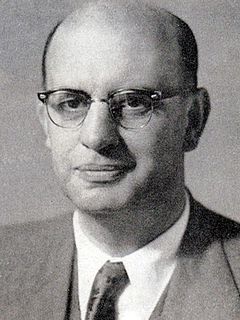 The National Party, also known as the Nationalist Party, was a political party in South Africa founded in 1914 and disbanded in 1997. The party was originally an Afrikaner ethnic nationalist party that promoted Afrikaner interests in South Africa. However in the early 1990s it became a South African civic nationalist party seeking to represent all South Africans. It first became the governing party of the country in 1924. It was in opposition during World War II but it returned to power and was again in the government from 4 June 1948 until 9 May 1994. 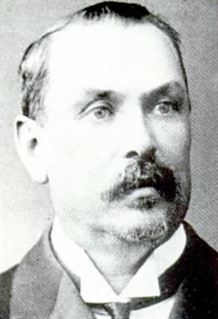 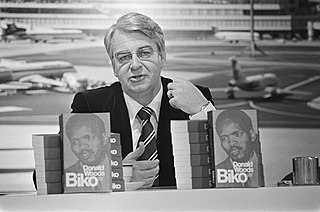 Roelof Frederik "Pik" Botha, was a South African politician who served as the country's foreign minister in the last years of the apartheid era. He was considered a liberal – at least in comparison to others in the ruling National Party and among the Afrikaner community – but the bulk of his career was spent defending South Africa's apartheid system of racial segregation against foreign criticism.

The South African Bureau for State Security was established in 1969 and ultimately replaced by the National Intelligence Service (NIS) in 1980. The Bureau's job was to monitor national security. It was headed by Hendrik van den Bergh.

The South African Border War, also known as the Namibian War of Independence, and sometimes denoted in South Africa as the Angolan Bush War, was a largely asymmetric conflict that occurred in Namibia, Zambia, and Angola from 26 August 1966 to 21 March 1990. It was fought between the South African Defence Force (SADF) and the People's Liberation Army of Namibia (PLAN), an armed wing of the South West African People's Organisation (SWAPO). The South African Border War resulted in some of the largest battles on the African continent since World War II and was closely intertwined with the Angolan Civil War.

On 13 September 1989, 30 000 Capetonians from a diverse cross-section of the city marched in support of peace and the end of apartheid. The event, led by Mayor Gordon Oliver, Archbishop Tutu, Rev Frank Chikane, Moulana Farid Esack, Allan Boesak, and other religious leaders, was held in defiance of the State of Emergency which banned political protests and apartheid laws which enforced racial segregation. The march resulted in concessions from the apartheid cabinet headed by FW de Klerk, following years of violent clashes between anti-apartheid protestors and the police, and was the first such event to include elected world government functionaries. It was considered the "last illegal march" at the time, and went ahead without major confrontation. The size of the protest, despite the open defiance, and the restrained response from the police signalled the beginning of the transition to democracy.

Hendrik Johan van den Bergh was a South African police official most famous for founding of the Bureau of State Security (B.O.S.S.), an intelligence agency created on 16 May 1969 to coordinate military and domestic intelligence for the government as well as to suppress political dissidents. He was known as "Tall Hendrik" on account of his height. 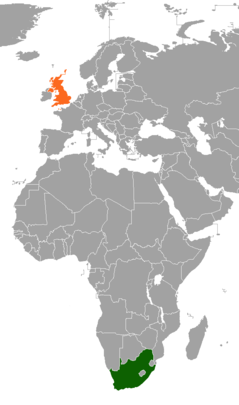 South Africa–United Kingdom relations refer to the current and historical relationship between the United Kingdom (UK) and the Republic of South Africa. South Africa is Britain's largest trade partner in Africa and an important partner for the UK in a number of areas. 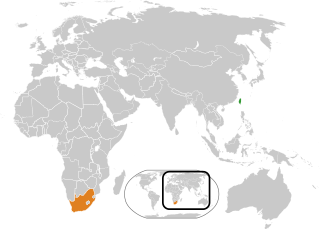 The South African Party was a political party in Cape Colony.