A thread restorer (thread file) is a tool used to fix threads on nuts or bolts that have become damaged.

Rational ClearCase is a family of computer software tools that supports software configuration management (SCM) of source code and other software development assets. It also supports design-data management of electronic design artifacts, thus enabling hardware and software co-development. ClearCase includes revision control and forms the basis for configuration management at large and medium-sized businesses, accommodating projects with hundreds or thousands of developers. It is developed by IBM.

cURL is a computer software project providing a library (libcurl) and command-line tool (curl) for transferring data using various network protocols. The name stands for "Client URL", which was first released in 1997.

A mandrel, mandril, or arbor is: 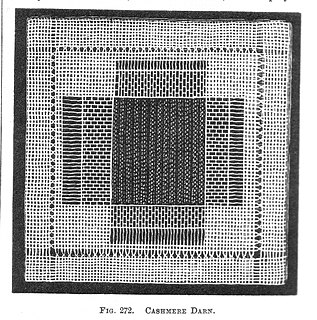 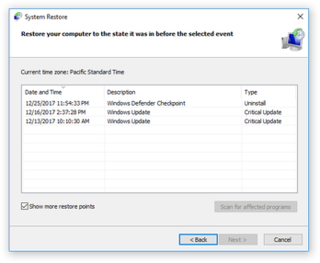 System Restore is a feature in Microsoft Windows that allows the user to revert their computer's state to that of a previous point in time, which can be used to recover from system malfunctions or other problems. First included in Windows Me, it has been included in all following desktop versions of Windows released since, excluding Windows Server. In Windows 10, System Restore is turned off by default and must be enabled by users in order to function. This does not affect personal files such as documents, music, pictures, and videos.

The Apple Developer Tools are a suite of software tools from Apple to aid in making software dynamic titles for the macOS and iOS platforms. The developer tools were formerly included on macOS install media, but are now exclusively distributed over the Internet. As of macOS 10.12, Xcode is available as a free download from the Mac App Store.

Windows Vista contains a range of new technologies and features that are intended to help network administrators and power users better manage their systems. Notable changes include a complete replacement of both the Windows Setup and the Windows startup processes, completely rewritten deployment mechanisms, new diagnostic and health monitoring tools such as random access memory diagnostic program, support for per-application Remote Desktop sessions, a completely new Task Scheduler, and a range of new Group Policy settings covering many of the features new to Windows Vista. Subsystem for UNIX Applications, which provides a POSIX-compatible environment is also introduced.

TI-RTOS is an embedded tools ecosystem created and offered by Texas Instruments (TI) for use in a wide range of their embedded processors. It includes a real time operating system component called "TI-RTOS Kernel" along with additional components that support device drivers, networking connectivity stacks, power management, file systems, instrumentation, and inter-processor communications like DSP/BIOS Link.

Node.js is an open-source, cross-platform, back-end JavaScript runtime environment that runs on the Chrome V8 engine and executes JavaScript code outside a web browser. Node.js lets developers use JavaScript to write command line tools and for server-side scripting—running scripts server-side to produce dynamic web page content before the page is sent to the user's web browser. Consequently, Node.js represents a "JavaScript everywhere" paradigm, unifying web-application development around a single programming language, rather than different languages for server-side and client-side scripts. 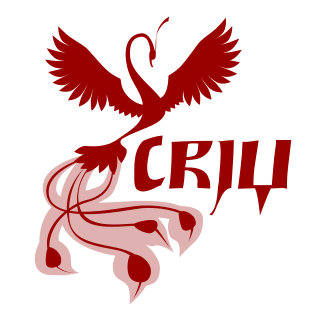 Checkpoint/Restore In Userspace (CRIU), is a software tool for the Linux operating system. Using this tool, it is possible to freeze a running application and checkpoint it to persistent storage as a collection of files. One can then use the files to restore and run the application from the point it was frozen at. The distinctive feature of the CRIU project is that it is mainly implemented in user space, rather than in the kernel.