Three-two pull down (3:2 pull down) is a term used in filmmaking and television production for the post-production process of transferring film to video.

It converts 24 frames per second into 29.97 frames per second, converting approximately every four frames into five frames plus a slight slow down in speed. Film runs at a standard rate of 24 frames per second, whereas NTSC video has a signal frame rate of 29.97 frames per second. Every interlaced video frame has two fields for each frame. The three-two pull down is where the telecine adds a third video field (a half frame) to every second video frame, but the untrained eye cannot see the addition of this extra video field. In the figure, the film frames A–D are the true or original images since they have been photographed as a complete frame. The A, B, and D frames on the right in the NTSC footage are original frames. The third and fourth frames have been created by blending fields from different frames.

In the United States and other countries where television uses the 59.94 Hz vertical scanning frequency, video is broadcast at 29.97 frame/s. For the film's motion to be accurately rendered on the video signal, a telecine must use a technique called the 2:3 pull down (or a variant called 3:2 pull down) to convert from 24 to 29.97 frame/s.

The term "pulldown" comes from the mechanical process of "pulling" (physically moving) the film downward within the film portion of the transport mechanism to advance it from one frame to the next at a repetitive rate (nominally 24 frames/s). This is accomplished in two steps.

The second step of is distributing cinema frames into video fields. At 23.976 frame/s, there are four frames of film for every five frames of 29.97 Hz video:

The above method is a "classic" 2:3, which was used before frame buffers allowed for holding more than one frame. It has the disadvantage of creating two dirty frames (which are a mix from two different film frames) and three clean frames (which matches an unmodified film frame) in every five video frames.

The preferred method for doing a 2:3 creates only one dirty frame in every five (i.e. 3:3:2:2 or 2:3:3:2 or 2:2:3:3). The 3-3-2-2 pattern produces A1-A2 A2-B1 B1-B2 C1-C2 D1-D2, where only the second frame is dirty. While this method has a slight bit more judder, it allows for easier upconversion (the dirty frame can be dropped without losing information) and a better overall compression when encoding. The 2:3:3:2 pattern is supported by the Panasonic DVX-100B video camera under the name "Advanced Pulldown". Note that just fields are displayed—no frames hence no dirty frames—in interlaced displays such as on a CRT. Dirty frames may appear in other methods of displaying the interlaced video.

Although slight, the sync will catch up, and the audio can end up being several seconds out of sync with the image. In order to correct this error, the telecine can either pull up or pull down. A pull up will speed up the sound by 0.1%, used for transferring video to film. A pull down will slow the audio speed down by 0.1%, necessary for transferring film to video.

The National Television System Committee (NTSC) developed the analog television format encoding system that was introduced in North America in 1954 and stayed in use until digital conversion. It is one of three major analog format television standards, the others being PAL and SECAM. All the countries using NTSC are currently in the process of conversion, or have already converted to the ATSC standard, or to DVB, ISDB or DTMB. 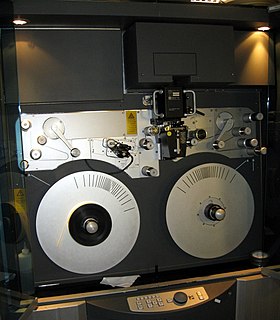 Broadcast television systems are the encoding or formatting standards for the transmission and reception of terrestrial television signals.

480i is the video mode used for standard-definition digital television in the Caribbean, Myanmar, Japan, South Korea, Taiwan, Philippines, Laos, Western Sahara, and most of the Americas. The 480 identifies a vertical resolution of 480 lines, and the i identifies it as an interlaced resolution. The field rate, which is 60 Hz, is sometimes included when identifying the video mode, i.e. 480i60; another notation, endorsed by both the International Telecommunication Union in BT.601 and SMPTE in SMPTE 259M, includes the frame rate, as in 480i/30. The other common standard definition digital standard, used in the rest of the world, is 576i. It originated from the need for a standard to digitize analog TV and is now used for digital TV broadcasts and home appliances such as game consoles and DVD disc players.

Film-out is the process in the computer graphics, video production and filmmaking disciplines of transferring images or animation from videotape or digital files to a traditional film print. "Film-out" is a broad term that encompasses the conversion of frame rates, color correction, as well as the actual printing, also called scannior recording.

This article discusses moving image capture, transmission and presentation from today's technical and creative points of view; concentrating on aspects of frame rates.

MUSE was a Japanese analog HDTV system, using dot-interlacing and digital video compression to deliver 1125 line, 60 field-per-second (1125i60) signals to the home. The system was standardized as ITU-R recommendation BO.786 and specified by SMPTE 260M, using a colorimetry matrix specified by SMPTE 240M.