The Three Choirs Festival is a music festival held annually at the end of July, rotating among the cathedrals of the Three Counties (Hereford, Gloucester and Worcester) and originally featuring their three choirs, which remain central to the week-long programme. The large-scale choral repertoire is now performed by the Festival Chorus, but the festival also features other major ensembles and international soloists. [1] The 2011 festival took place in Worcester from 6 to 13 August. The 2012 festival in Hereford took place earlier than usual, from 21 to 28 July, to avoid clashing with the 2012 Summer Olympics. [2] The event is now established in the last week of July. The 300th anniversary of the original Three Choirs Festival was celebrated during the 2015 festival, which took place from 25 July to 1 August in Hereford (the landmark 300th meeting of the Three Choirs does not fall until 2027 due to there being no Three Choirs Festivals for the duration of both World War I and World War II).

The festival is closely identified with the musical careers of British composers Edward Elgar and Ralph Vaughan Williams. The organists of the three cathedrals (who act as artistic director and festival conductor when it is their cathedral's turn to host the festival) are Geraint Bowen (Hereford), Adrian Partington (Gloucester) and Samuel Hudson (Worcester).

The festival, originally held over two days in September (but also held in September in 1933 and 1947, since C. S. Lewis's brother Warren is known to have attended), is one of the world's oldest classical choral music festivals. [3] Originally called the Annual Music Meeting of the Three Choirs, the first is believed to have been held in Gloucester in 1715. [4] Publicity for it in 1719 addressed "Members of the yearly Musical Assembly in these parts". Its music obviously tended towards the ecclesiastical. In early gatherings, Purcell's setting of the Te Deum and Jubilate was a regular part of the repertoire until 1784, and Handel dominated 18th-century programmes with oratorios such as Alexander's Feast , Samson , Judas Maccabaeus and Messiah . Sir Samuel Hellier, guardian of the Hellier Stradivarius, was a "prominent figure". [5] Haydn's The Creation was heard first in the festival of 1800. From 1840, Mendelssohn's Elijah was performed every year until 1930.

The 19th century saw the introduction of Rossini, Mozart and Beethoven, and the festival's fortunes were enhanced by the arrival of the railways. However, these also brought crowds, a phenomenon not always pleasing to the church authorities, although full seats uplifted the finances. In the 1870s, the festival was reduced to the three cathedral choirs, ending for a while the era of the visiting celebrity singer as a faction in the church sought to stress the "appropriate" nature of activities allowed in cathedrals. However, the civil authorities took issue with the ecclesiastical and the festival revived. Works by J. S. Bach were not heard until the 1870s, soon to be followed by local (Worcestershire-born) composer Elgar, who began to be featured around the turn of the century and whose works dominated the festival for much of the 20th century as its emphasis shifted toward British musicians. Herbert Sumsion, organist at Gloucester between 1928 and 1967, particularly helped to promote the works of native composers, including premiering works of Howells, Finzi, and others. Parry's compositions were also performed regularly. His De Profundis was one of the earliest works to be commissioned especially for the festival and performed in 1891.

Delius in 1901 was another composer who introduced or conducted new works, with his Dance Rhapsody No. 1. Another was Ralph Vaughan Williams, whose Fantasia on a Theme by Thomas Tallis was premiered there in 1910, followed by the Five Mystical Songs in 1911 and the Fantasia on Christmas Carols in 1912, after which he co-featured with Elgar as a central prop to the musical repertoire. Sumsion fostered a relationship with Hungarian composer Zoltán Kodály and programmed Kodály's works at six Gloucester festivals. Other names include Gustav Holst, Arthur Sullivan, Herbert Howells, Gerald Finzi, William Walton, Arthur Bliss and Benjamin Britten and recently, Lennox Berkeley, John McCabe, William Mathias, Paul Patterson and James MacMillan.

A timeline of some of the more significant events in the festival's history from 1709 until the present day has been compiled by Anthony Boden: Three Choirs Festival timeline

In 1995, a Festival Society was established to provide a means for enthusiasts to actively participate in support for the Three Choirs Festival. [3] The festival is funded by ticket sales, donations and sponsorships.

The Philharmonia Orchestra began a rolling three-year formal residency at the festival in 2012. [7]

In July 2019 it was reported that the programming of Beethoven's Ode to Joy for the finale of the festival had prompted anger amongst Brexiteers, due to its use as the Anthem of Europe. The concert, unlike the other major musical events at the festival, did not sell out. [8] 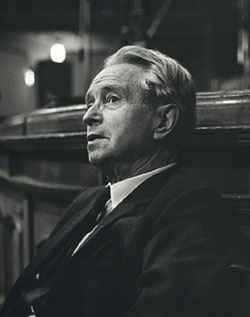 Herbert Norman Howells was an English composer, organist, and teacher, most famous for his large output of Anglican church music.

The Three Counties of England are traditionally the three agrarian counties of Gloucestershire, Herefordshire and Worcestershire.

Herbert Whitton Sumsion CBE was an English musician who was organist of Gloucester Cathedral from 1928 to 1967. Through his leadership role with the Three Choirs Festival, Sumsion maintained close associations with major figures in England's 20th-century musical renaissance, including Edward Elgar, Herbert Howells, Gerald Finzi, and Ralph Vaughan Williams. Although Sumsion is known primarily as a cathedral musician, his professional career spanned more than 60 years and encompassed composing, conducting, performing, accompanying, and teaching. His compositions include works for choir and organ, as well as lesser-known chamber and orchestral works. 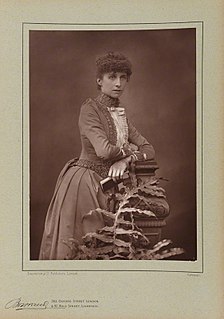 Rosalind Frances Ellicott was an English composer, considered one of the leading female composers of her generation. 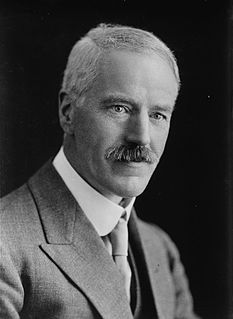 Sir Ivor Algernon Atkins was the choirmaster and organist at Worcester Cathedral from 1897 to 1950, as well as a composer of songs, church music, service settings and anthems. He is best known for editing Allegri's Miserere with the famous top-C part for the treble. He is also well known for "The Three Kings", an arrangement of a song by Peter Cornelius as a choral work for Epiphany. 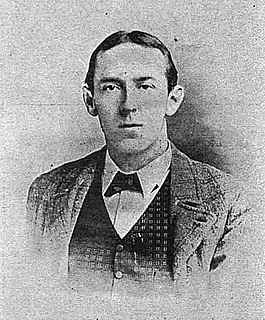 Hugh Blair was an English musician, composer and organist.

Hymnus Paradisi is a choral work by Herbert Howells for soprano and tenor soloists, mixed chorus, and orchestra. The work was inspired in part by the death from polio of his son Michael in 1935. Howells wrote the work from 1936 to 1938, drawing on material from the then-unpublished Requiem of 1932, but then retained the music privately, without public performance. Howells maintained later in life that Ralph Vaughan Williams convinced him to allow the work to be performed publicly at the Three Choirs Festival. However, his former pupil and biographer Paul Spicer contends that Howells first showed the music to Herbert Sumsion, organist of Gloucester Cathedral, who in turn showed it to Gerald Finzi, and that only after these two expressed their enthusiasm did Howells show the music to Vaughan Williams. The title 'Hymnus Paradisi' was suggested by Sumsion. The work received its successful premiere at the Festival in 1950. The score was published in 1951.

John Derek Sanders OBE, FRCO was an English organist, conductor, choir trainer and composer. He was organist of Gloucester Cathedral from 1967 to 1994, and director of the Three Choirs Festival from 1968 to 1994.

Andrew Nethsingha, FRCO, ARCM is an English choral conductor and organist, the son of Lucian Nethsingha also a cathedral organist. He is the Director of Music at St John's College, Cambridge, where he was previously the Organ Scholar. He was also the President of the Cathedral Organists' Association. He has performed in the UK, North America, South Africa, China and many European countries.

Adrian Paul Lucas, b. 1962 is an English organist, tutor and composer. 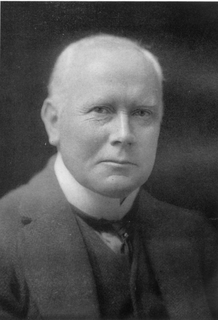 Charles Sanford Terry was an English historian and musicologist who published extensively on Scottish and European history as well as the life and works of J. S. Bach.

George Robertson Sinclair was an English cathedral organist, who served at Truro and Hereford cathedrals.

Richard Shephard MBE, DL, FRSCM is a composer, former educator, and Director of Development and Chamberlain of York Minster. He is acclaimed as one of the most significant composers of church music today. 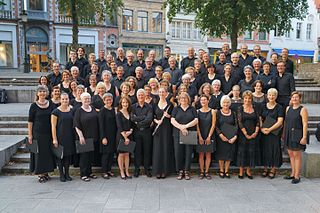 Peter Thomas Nardone BA FRCO is primarily a free-lance conductor, singer and composer. He has sung with the Monteverdi Choir, The King’s Consort and the Tallis Scholars. He has been Director of Music at Chelmsford Cathedral and was subsequently Organist and Director of Music at Worcester Cathedral.

Donald Frederick Hunt was an English conductor, from Gloucester. He was a distinguished English choral conductor, having made his conducting debut with the Halifax Choral Society in 1957.

In Exile is a motet by Herbert Sumsion, who was for decades organist at Gloucester Cathedral. He set in 1981 a biblical text from Psalm 137 in English, beginning "By the waters of Babylon", scored for double choir a cappella. The motet was published by Basil Ramsey.