The movie was popular at the box office, grossing more than $40.6 million [2] against a budget of $15 million,[ citation needed ] despite receiving a general negative reception from critics.

Daniel Lucas has been in prison for armed robbery. On the day he is released, he gets taken hostage by Ned Perry, an incompetent, novice criminal who robs a bank (to get money for treatment for his ill daughter, Meg) at the moment Lucas just happens to be there.

Detective Marvin Dugan assumes they must be in it together and sets about tracking them down. Several chases, an accidental shooting, treatment from a senile vet who thinks Lucas is a dog and other capers follow, all the while Lucas trying to ditch his idiotic companion and prove his own innocence.

Whilst avoiding the law, the two form an unlikely partnership to help cure the silent Meg and make good their escape. They rescue Meg from the care home she is in (with Ned nearly ruining the whole affair with his clumsiness) and flee for Canada, pretending to be a married couple with a son.

Ned later enters a Canadian bank to change some currency only to find himself taken hostage by a different bank robber in the same manner he originally kidnapped Lucas. Because of this unexpected development, Lucas does not need to say goodbye to Meg, with whom he has formed a bond.

The film received negative reviews from critics. Rotten Tomatoes gives the film a score of 14% based on 14 reviews as of May 2016. [3] 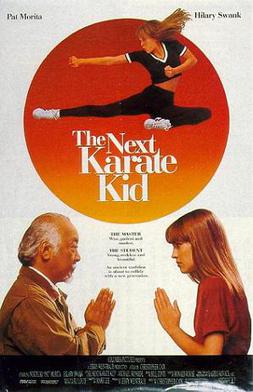 The Next Karate Kid is a 1994 American martial arts drama film, and the fourth installment in The Karate Kid franchise, following The Karate Kid Part III (1989). It stars Hilary Swank as Julie Pierce and Pat Morita as Mr. Miyagi.

Ned Kelly is a 2003 Australian bushranger film based on Robert Drewe's 1991 novel Our Sunshine. Directed by Gregor Jordan, the film's adapted screenplay was written by John Michael McDonagh. The film dramatises the life of Ned Kelly, a legendary bushranger and outlaw who was active mostly in Victoria, the colony of his birth. In the film, Kelly, his brother Dan, and two other associates—Steve Hart and Joe Byrne—form a gang of Irish Australians in response to Irish and English tensions that arose in 19th century Australia. Heath Ledger stars in the title role, with Orlando Bloom, Naomi Watts and Geoffrey Rush. The film received mixed reviews from critics and grossed $6 million worldwide. 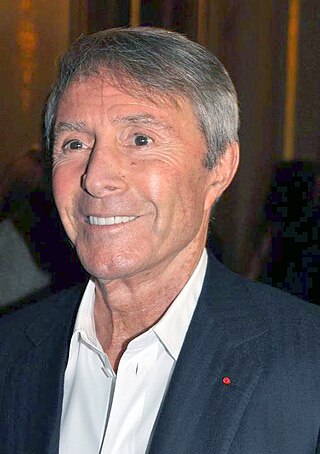 Francis Paul Veber is a French film director, screenwriter and producer, and playwright. He has written and directed both French and American films. Nine French-language films with which he has been involved, as either writer or director or both, have been remade as English-language Hollywood films: Le grand blond avec une chaussure noire, L'emmerdeur, La Cage aux Folles, Le Jouet, Les Compères, La chèvre, Les Fugitifs, Le dîner de cons and La Doublure. He also wrote the screenplay for My Father the Hero, the 1994 American remake of the French-language film Mon père, ce héros. 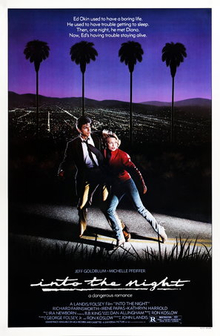 Into the Night is a 1985 American black comedy action thriller film directed by John Landis, starring Jeff Goldblum and Michelle Pfeiffer. The film has many cameo appearances made by various filmmakers and directors, including Landis himself. The soundtrack features the songs "Into the Night", "In the Midnight Hour" and "Lucille", performed by B.B. King. 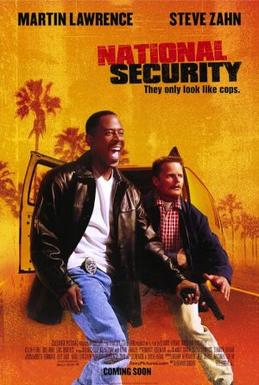 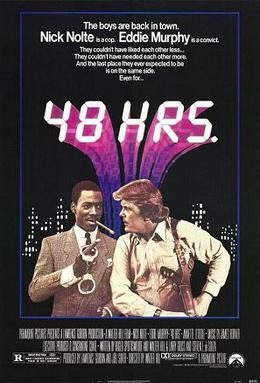 48 Hrs. is a 1982 American buddy cop action-comedy film directed by Walter Hill, who co-wrote the film with Larry Gross, Steven E. de Souza and Roger Spottiswoode. It stars Nick Nolte and Eddie Murphy, the latter in his film debut, as a cop and a convict, respectively, who team up to catch two hardened criminals. The title refers to the amount of time they have to solve the crime. 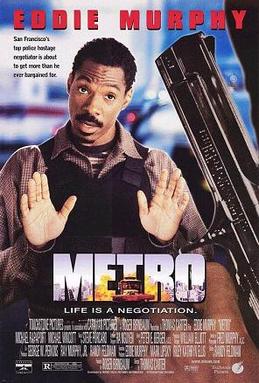 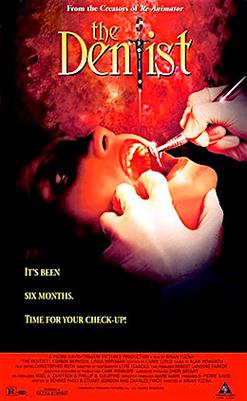 The Dentist is a 1996 American slasher film directed by Brian Yuzna and written by Dennis Paoli, Stuart Gordon, and Charles Finch. It stars Corbin Bernsen, Linda Hoffman and Ken Foree. It is the first installment in The Dentist film series, followed by The Dentist 2.

Felton Perry is an American actor. He is most notable for his roles as Deputy Obrah Eaker in the 1973 movie Walking Tall, and as Inspector Early Smith in the 1973 movie Magnum Force, the second film in the Dirty Harry series. Felton's other well-known role is in the 1987 science fiction movie RoboCop as Donald Johnson, an executive at the corporation Omni Consumer Products (OCP). He reprised his role as Johnson in the sequels RoboCop 2 (1990) and RoboCop 3 (1993). 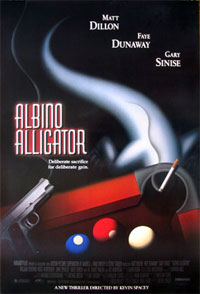 Albino Alligator is a 1996 American crime thriller film. The directorial debut of Kevin Spacey as well as the screenwriting debut of Christian Forte, it stars Matt Dillon, Faye Dunaway, and Gary Sinise. It tells the story of three small-time criminals who take hostages after being cornered by the police. The title refers to an anecdote told in the film, claiming that alligators will use an albino among them as sacrifice, so that the opposing alligators will be distracted and become prey themselves. 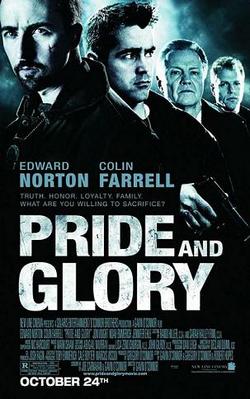 Pride and Glory is a 2008 American crime drama film directed by Gavin O'Connor, and starring Edward Norton, Colin Farrell, Jon Voight and Noah Emmerich. It was released on October 24, 2008 in the United States.

Living & Dying is a 2007 film starring Edward Furlong and Michael Madsen. The film was shot on location in Dallas and Fort Worth, Texas. It was released on DVD in the US on December 25, 2007. Living & Dying tells the story of two killers who turn the tables on a group of bank robbers after a botched heist. 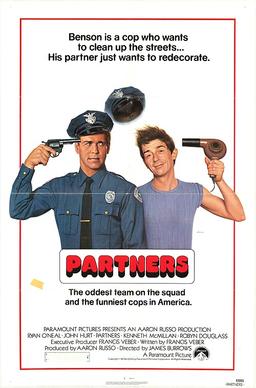 Partners is a 1982 American gay-themed buddy comedy film directed by James Burrows and starring Ryan O'Neal and John Hurt as a mismatched pair of cops. 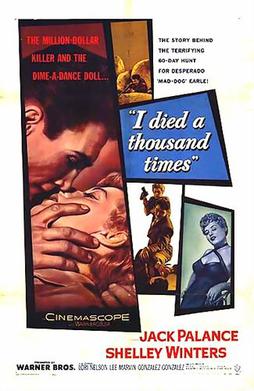 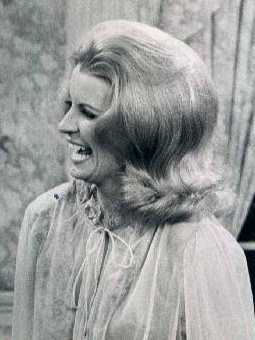 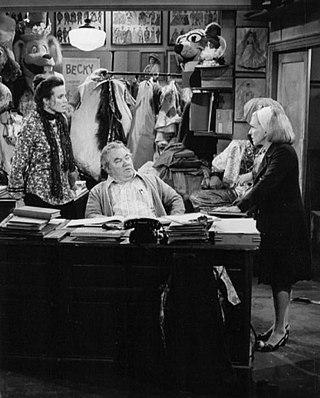 Kenneth McMillan was an American actor. McMillan was usually cast as gruff, hostile and unfriendly characters due to his rough image. However, he was sometimes cast in some lighter comic roles that highlighted his gentler side. He was perhaps best known as Jack Doyle in Rhoda (1977–1978), and as Baron Harkonnen in David Lynch's Dune.

The French Detective is a 1975 French film directed by Pierre Granier-Deferre, and scripted by Francis Veber from the 1974 novel Adieu poulet ! by Raf Vallet. It received two César nominations for best supporting actor, and another for best editing. 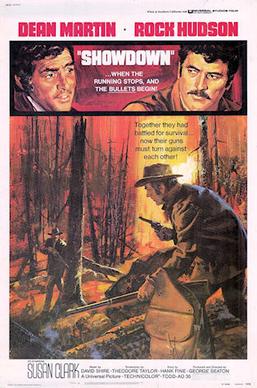 Hold-Up is a Franco-Canadian crime comedy from 1985, starring Jean-Paul Belmondo and directed by Alexandre Arcady. The screenplay by Arcady, Daniel Saint-Hamont and Francis Veber is based on the novel Quick Change by Jay Cronley. The novel was filmed again, as Quick Change (1990), with Bill Murray starring and co-directing.

Les Fugitifs is a French 1986 comedy film, directed by Francis Veber. It was remade in 1989 as Three Fugitives, also directed by Veber.

Wikiquote has quotations related to Three Fugitives .
This page is based on this Wikipedia article
Text is available under the CC BY-SA 4.0 license; additional terms may apply.
Images, videos and audio are available under their respective licenses.