Three Gorges Reservoir Region, including 25 county-level divisions of Chongqing municipality and Hubei province, is the region directly or indirectly involved in the submersion of the water storage of the reservoir region of the Three Gorges Dam.

The Three Gorges Reservoir Region is located in the upstream of the Yangtze River at the boundary of Chongqing municipality and Hubei province with the area of 59900 km2 and with the population of 16 million. The Three Gorges Reservoir Region stretches impounding a lake 667 km long within the Yangtze River from Jiangjin District of Chongqing to Yichang City of Hubei, which is very narrow and where the geography is complex. [1] The mountainous areas represent 74% of the region only with 4.3% plain area in the river valley and 21.7% hilly area. The climate of the reservoir region of the Three Gorges Project is the subtropical monsoon climate. Its location is in the transfer between the northern temperate zone and the subtropical zone, where it is hot and it rains a lot with the annual rainfall of about 1100 mm. The valley of the Three Gorges Reservoir Region below 500 m has an annual temperature 17–19 °C and, with the frost-free period annually lasts 300–340 days. The annual runoff flow at the site of the dam of the Three Gorges Project is 451 billion m³ with the annual sediment discharge of 530 million tons.

The natural sights along the Yangtze River in the Three Gorges Reservoir Region are superb, particularly the along 162-km main river between Sandouping of Yichang and Baidicheng Town of Fengjie, which are the famous sights of the Three Gorges of the Yangtze River and one of the tourist places of interest all over the world. In addition, there are a lot of cultural and historical sites, such as the Qu Yuan Temple of Zigui, the Zhaojun Home Village of Xingshan, the Shibao Stockade of Zhong County and the ghost town of Fengdu.

The Three Gorges Region has made its economic aims as follows. 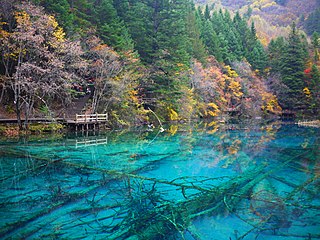 Sichuan is a landlocked province in Southwest China occupying most of the Sichuan Basin and the easternmost part of the Tibetan Plateau between the Jinsha River on the west, the Daba Mountains in the north and the Yungui Plateau to the south. Sichuan's capital city is Chengdu. The population of Sichuan stands at 83 million.

The Three Gorges Dam is a hydroelectric gravity dam that spans the Yangtze River by the town of Sandouping, in Yiling District, Yichang, Hubei province, central China, downstream of the Three Gorges. The Three Gorges Dam has been the world's largest power station in terms of installed capacity (22,500 MW) since 2012. The dam generates an average 95±20 TWh of electricity per year, depending on annual amount of precipitation in the river basin. After the extensive monsoon rainfalls of 2020, the dam's annual production nearly reached 112 TWh, breaking the previous world record of ~103 TWh set by Itaipu Dam in 2016. 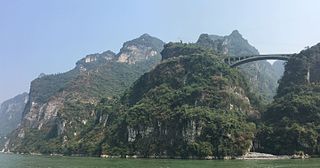 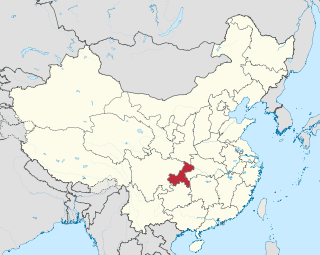 Chongqing, alternately romanized as Chungking, is a municipality in southwest China. 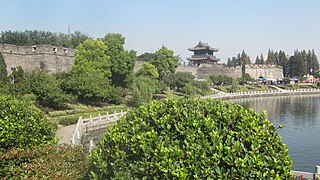 Jingzhou is a prefecture-level city in southern Hubei province, China, located on the banks of the Yangtze River. Its total residential population was 5,231,180 based on the 2020 census, 2,904,346 of whom resided in the built-up area comprising two urban districts. 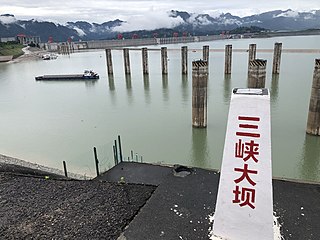 Yichang, alternatively romanized as Ichang, is a prefecture-level city located in western Hubei province, China. It is the third largest city in the province after the capital, Wuhan and the prefecture-level city Xiangyang, by urban population. The Three Gorges Dam is located within its administrative area, in Yiling District. As of the 2010 census, its population was 4,059,686 inhabitants of whom 1,350,150 lived in the built-up area consisting of Yiling, Xiling, Wujiagang and Dianjun urban districts. The Xiaoting District has not yet been urbanized. 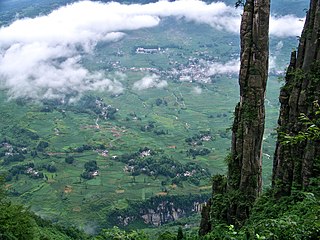 Enshi Tujia and Miao Autonomous Prefecture is located in the mountainous southwestern corner of Hubei province, People's Republic of China. It forms Hubei's southwestern "panhandle", bordering on Hunan in the south and Chongqing Municipality in the west and northwest. The Yangtze River crosses the prefecture's northeastern corner in Badong County.

The Qing River is a right (southern) tributary of the Yangtze River in Hubei province of south-central China.

The South–North Water Transfer Project, also translated as the South-to-North Water Diversion Project is a multi-decade infrastructure mega-project in China. Ultimately it aims to channel 44.8 billion cubic meters of fresh water annually from the Yangtze River in southern China to the more arid and industrialized north through three canal systems:

Xiling Gorge is a gorge on the Yangtze River in Hubei province, China. It is the easternmost and largest of the Three Gorges.

China Wu Culture Expo Park is located in Wuxi City, Jiangsu Province, China. In July 2008, the municipal CPC committee and Government of Wuxi decided to start this program. Not only does this park contain abundant remains of Wu-Yue Culture, but also original agricultural wetland, so that it’s a treasure land deserving protection and development. China Wu Culture Expo Park is intended to protect, develop, utilize and attach new contents and vitalities to the Wu Culture.

Shizhu Tujia Autonomous County, or Shizhu County for short, is located in southeastern Chongqing, China. It is south of the Yangtze River, and borders the Chongqing divisions of Pengshui County to the south, Fengdu County to the southwest, Zhong County to the northwest and Wanzhou District to the north; to the east, it borders the Hubei county-level city of Lichuan. It's in the center zone of Three Gorges Reservoir Region, and the only autonomous county which designated for only one of ethnic minorities in this region.

The 2011 China floods are a series of floods from June to September 2011 that occurred in central and southern parts of the People's Republic of China. They were caused by heavy rain that inundated portions of 12 provinces, leaving other provinces still suffering a prolonged drought, and with direct economic losses of nearly US$6.5 billion. 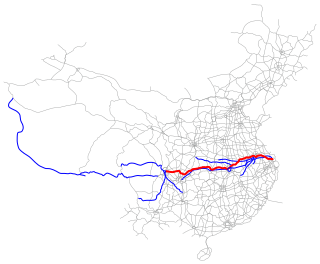 The Shanghai–Chengdu Expressway, commonly referred to as the Hurong Expressway is an east-west bound expressway that connects the eastern metropolis of Shanghai to Chengdu, the capital city of Sichuan. The expressway passes through six provinces and serves major cities such as Suzhou, Wuxi, Changzhou, Nanjing, Hefei, Wuhan, and Yichang. The eastern terminus of G42 is at the Wuning Road Interchange of Shanghai Middle Ring Road. At its western terminus, the expressway intersects the East 3rd Ring Road and connects East Erxianqiao Road in Chenghua District, Chengdu. The expressway spans 1,960 km (1,220 mi) in length. 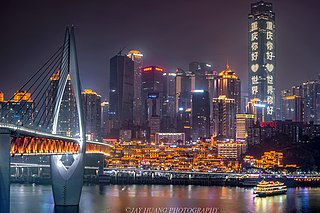 The economy of Chongqing, China, has developed rapidly since it was separated from the Sichuan and became a centrally-administered municipality in 1997. In 2019, it was the sixth-largest Chinese city economy and ranked as China's third-largest municipal economy. In China's overall layout, Chongqing is also important for connecting China's underdeveloped western region with its more advanced eastern region, as well as promoting the economy of the mid-lower reaches of Yangtze river and the central western region.