Thriller is the third EP released by South Korean boy band, BTOB. It was released on September 9, 2013, consisting a total of 6 tracks with Thriller as title track and the promotional single of the album. [1] [2]

On August 23, 2013, Cube Entertainment released concept pictures for "When I Was Your Man", a pre-release track from the album before the official release with a special music video for the song released a few days later. [3] [4] On September 4, 2013, BTOB uploaded the music video of Thriller on their official YouTube channel and on the same day they performed Thriller and When I Was Your Man on MBC's Show Champion prior to the release date of the EP. [5]

The EP features a total of 6 tracks with 5 tracks co-written by the members of BTOB themselves and the third track of the EP titled 왜이래 (Why) was composed and co-written by label mate Beast's Lee Gi-kwang. [6]

The EP opens with the first track When I Was Your Man, a classy and soft, laid back track. The song is about a man looking back at a past relationship, and reflecting how different he is now. The second track of the album, Thriller, a dynamic song with a story of a fallen knight coming back to life to finish their mission of saving their princess. It is a song that focuses on that rush they get as they rise from the grave. The third track Why is an R&B influenced track that tells the story of a man who has realized that his lover has no feelings left for him. The fourth track Catch Me is a song that is focused on the feelings one experiences that moment he falls in love. The fifth track Like a Crystal, is a song largely accompanied by an acoustic guitar and the last track Star is a ballad song that samples the bars of the famous nursery rhyme, “Twinkle Twinkle Little Star". [7]

※ Track inbold is the title track in the album. [6]

Release date for worldwide may vary in different countries 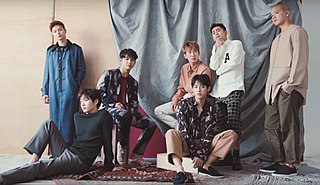 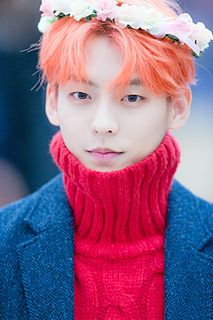 Lee Min-hyuk, commonly known as Minhyuk or Huta, is a South Korean singer, rapper, songwriter and actor. He is a member of the South Korean boy group BtoB. He has appeared in multiple supporting roles in television series such as A New Leaf and Sweet, Savage Family.

Melting is the second extended play (EP) by South Korean singer Hyuna. It was released on October 21, 2012, by Cube Entertainment. "Ice Cream" was released as the lead single. 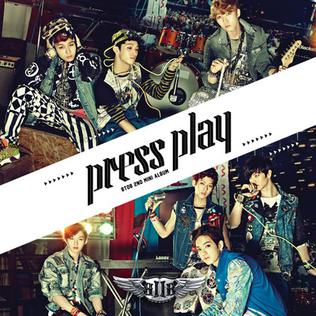 Press Play is the second mini-album by the South Korean boy band BtoB. It was released on September 12, 2012, with the track "Wow" as the lead single. "Lover Boy" was chosen as the follow-up single and will be used to promote the EP starting on October 18.

Peniel Shin is a Korean-American singer and rapper based in South Korea. He debuted as a member of the South Korean boy group BtoB in 2012.

Beep Beep is the fourth EP by South Korean boy band BTOB. It was released on February 17, 2014, consisting a total of 5 tracks with Beep Beep as title track and promotional single of the album. 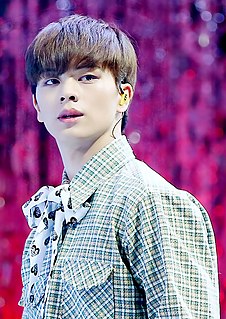 Yook Sung-jae, better known mononymously as Sungjae, is a South Korean singer, songwriter, actor, host, and entertainer. He is a member and the third generation leader of the boy group BtoB and its sub-group, BtoB Blue. Aside from his group's activities, Yook has acted in television dramas Who Are You: School 2015 (2015), The Village: Achiara's Secret (2015), Guardian: The Lonely and Great God (2016) and Mystic Pop-up Bar (2020) and has appeared on hit shows like Hitmaker, We Got Married and Master in the House. He released six digital singles through the music project 3x2=6 from December 2019 to February 2020 and later made his solo debut with Yook O'Clock on March 2, 2020. 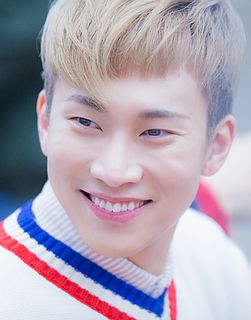 Seo Eun-kwang, also simply known as Eunkwang, is a South Korean singer, entertainer, and the leader and main vocalist of the South Korean boy group BtoB.

Jung Il-hoon, simply known as Ilhoon, is a South Korean rapper, songwriter, record producer, and actor. He is the main rapper of the South Korean boy band BtoB. He is well known for his collaborations with artists such as Hyuna and G.NA, as well for being an assistant MC on the variety show Weekly Idol. Ilhoon made his acting debut as he starred in the drama Webtoon Hero: Tundra Show in 2015. He was also known for creating the gestures for "Gwiyomi Player".

Complete is the first full-length studio album by South Korean boy group, BTOB. It was released on June 29, 2015. The album contains 13 tracks including a previously released bonus track "Shake It" from their fifth mini-album, Move, and an acoustic version of their debut track "Insane". The group promoted with the title track "It's Okay".

Remember That is the eighth EP of the South Korean boy group, BTOB. It was released on March 28, 2016. It is also the third installment to the BTOB's ballad trilogy, promoting the lead single "Remember That". BTOB's own members participated in the production of all the songs in this album.

The following listed below are the videography of South Korean boy group, BtoB. This includes their notable group and individual activities that they've done since debut in 2012. 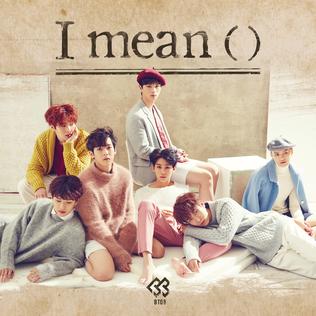 I Mean is the seventh EP of the South Korean boy group BTOB. It was released on October 12, 2015 with the lead single "Way Back Home". The EP contains 6 tracks. It features the group's strong vocal skills. This also leads to BTOB's growing success as they achieved their first music broadcast trophy through this album.

New Men is the ninth extended play by South Korean boy group BTOB. The EP was released by Cube Entertainment on November 7, 2016 and contains 7 tracks including the lead single "Pray ".

Feel'eM is the tenth extended play by South Korean boy group BtoB. It was released on March 6, 2017, by Cube Entertainment under distribution by LOEN Entertainment. The EP features five tracks in total with a variety of genres.

Yook O'Clock is the debut extended play by South Korean singer Yook Sung-jae. It was released by Cube Entertainment on March 2, 2020. The EP contains six tracks from 3x2=6 with the lead single "Come with the Wind". An accompanying animated music video for the song was uploaded onto BtoB's YouTube channel simultaneously with the single's release.