Thud Ridge: American Aces in 'Nam is a computer game published by Three-Sixty Pacific in 1988 for the Commodore 64 and MS-DOS.

Thud Ridge is a combat flight simulator that allows the player to pilot a Republic F-105 Thunderchief—a "Thud"—during the Vietnam War. The player must contend with enemy MiGs, SAMs, flak, and a MiG ace known as the Grey Ghost. Thud Ridge presents 10 missions, with the degree of simulation difficulty decided by selecting either Lieutenant, Captain, or Colonel level. The player earns the Bronze Star by completing Missions 1 through 3, the Silver Star and a promotion to Colonel upon completion of Missions 4 through 6, and membership in the Wild Weasel Thud Drivers if the player accomplishes all ten missions. [1]

This game has few commands to learn in order to operate the aircraft. There is no digitized sound, just tinny beeps that indicate actions such as weapons firing. The player handles control of the aircraft by joystick, keyboard, or keypad. The player uses the joystick or keypad to direct the jet’s flight; the keyboard allows the player to input other control commands. The game possesses four basic screens, each offering different aspects of the jet's flight. One screen allows the player to view the aircraft functions screen. The main display presents a real-time view of the player's Thud and the geography of the area over which the plane is flying, as well as weapons and firing information. The plane has an automatic weapons cursor, the shape of which determines the weapon in use. The Engine Function Panel can appear below the real-time graphics display, and presents factors such as the engine and nozzle temperatures and fuel levels on gauges. Other data includes the plane's throttle, an afterburner indicator, the elapsed time of the mission, a radar-lock warning, and a graphic display of the Thud and the weapons remaining aboard. Also available is a screen that shows where SAM installations are located and a map screen. [1]

The game was reviewed in 1989 in Dragon #151 by Hartley, Patricia, and Kirk Lesser in "The Role of Computers" column. The reviewers gave the game 3 out of 5 stars. [1] A 1992 Computer Gaming World survey of wargames with modern settings gave the game two stars out of five. [2] 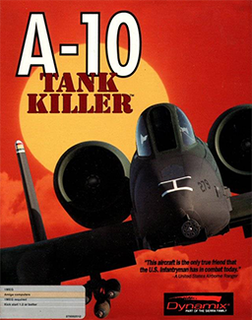 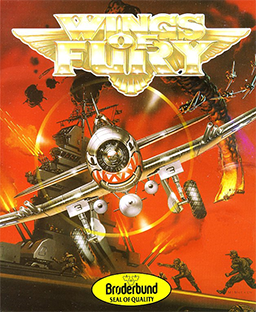 Wings of Fury is a scrolling shooter, with some combat flight simulator elements, written for the Apple II by Steve Waldo and released in 1987 by Broderbund. The player assumes role of pilot of an American F6F Hellcat plane aboard the USS Wasp in the Pacific during World War II. It was released in 1989 for the X68000 and in 1990 for Amstrad CPC, Commodore 64, Amiga, and MS-DOS. A Game Boy Color version was published in 1999. 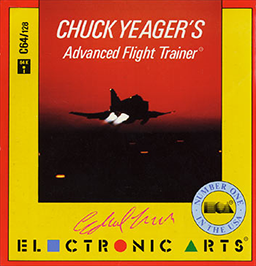 Chuck Yeager's Advanced Flight Trainer is a computer aircraft simulation game published by Electronic Arts in 1987. It was originally released as Chuck Yeager's Advanced Flight Simulator. Due to a legal dispute with Microsoft over the term "Flight Simulator," the game was pulled from shelves and renamed. Many copies of the original version were sold prior to this. Chuck Yeager served as technical consultant for the game, where his likeness and voice were prominently used. 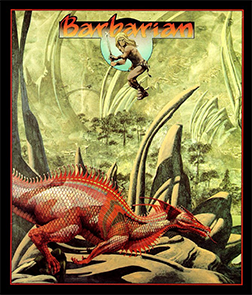 Barbarian is a 1987 platform game by Psygnosis. It was first developed for the Atari ST, and was ported to the Amiga, Commodore 64, MS-DOS, MSX, Amstrad CPC, and ZX Spectrum. The Amiga port was released in 1987; the others were released in 1988. The cover artwork is by fantasy artist Roger Dean. 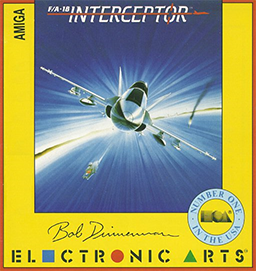 Battlehawks 1942 is a naval air combat combat flight simulation game released in 1988 by Lucasfilm Games. It is set in the World War II Pacific air war theatre, and was the first of Lucasfilm Games' trilogy of World War II flight simulations, followed by Their Finest Hour (1989) and Secret Weapons of the Luftwaffe (1991). The 127-page manual for Battlehawks 1942 includes a 100-page illustrated overview of the Pacific War. 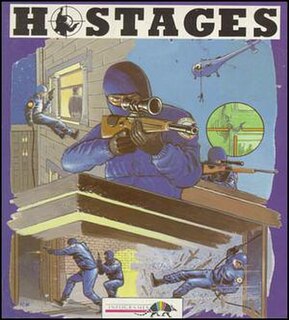 Hostages is a tactical shooter video game developed and published by Infogrames. It was released for the Acorn Electron, Archimedes, Atari ST, Amiga, Apple IIGS, Amstrad CPC, BBC Micro, Commodore 64, MS-DOS, MSX, NES, and ZX Spectrum platforms in 1988. The game was released as Hostage: Rescue Mission in the United States and Operation Jupiter in France; the NES port is titled Rescue: The Embassy Mission.

Their Finest Hour: The Battle of Britain is a World War II combat flight simulation game by Lawrence Holland, released in October 1989 for the Amiga, Atari ST and MS-DOS systems. It was the second game in the trilogy of World War II titles by Lucasfilm Games, the others being Battlehawks 1942 (1988) and Secret Weapons of the Luftwaffe (1991). The game was released with a 192-page manual written by Victor Cross, that provided a detailed historical overview of the battle and pilots' perspectives. An expansion pack, Their Finest Missions: Volume One, was released in 1989. 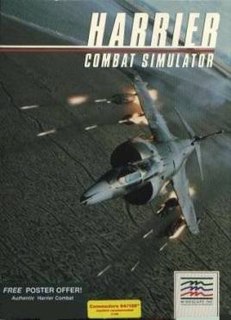 Harrier Combat Simulator is a computer game developed by Mindscape for the Atari ST in 1987 along with Amiga, IBM PC, and Commodore 64.

Dive Bomber is a video game developed by Acme Animation in 1988 for the Commodore 64. It was ported to Atari ST, Apple II, ZX Spectrum and MS-DOS.

Beyond the Black Hole is a computer game developed by The Software Toolworks and published in 1989 for the Commodore 64, Commodore 128, and MS-DOS, as well as for the Nintendo Entertainment System in 1990 under the name "Orb-3D".

David Wolf: Secret Agent is an interactive movie published by Dynamix in 1989 for MS-DOS. 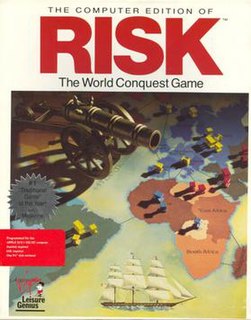 Risk: The World Conquest Game is a computer game developed by Virgin Mastertronic International in 1989 for MS-DOS. 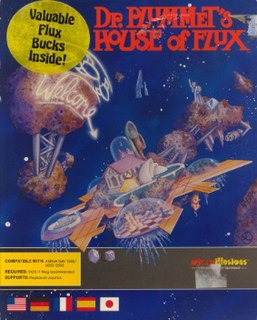 Dr. Plummet's House of Flux is a video game developed by MicroIllusions in 1989 for the Amiga. 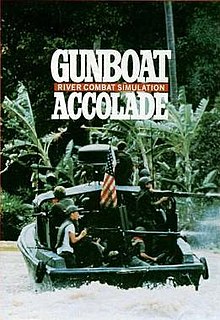 Gunboat is a simulation video game developed and released by Accolade in 1990 for MS-DOS. Ports were released for the Amstrad CPC, ZX Spectrum, Amiga and TurboGrafx-16. It is a combat simulator of a Patrol Boat, River (PBR).

If It Moves, Shoot It! is a computer game developed by Irish studio Emerald Software and published by Martech in 1988 published by Broderbund in 1989 for the Amiga. An MS-DOS port was released in 1989 in North America by Broderbund. 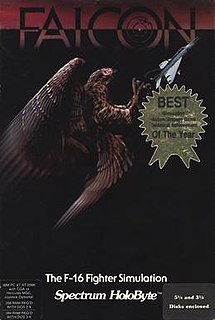 Falcon is a combat flight simulator video game and the first official entry in the Falcon series of the F-16 jet fighter's simulators by Spectrum HoloByte. Originally developed by Sphere for Macintosh and MS-DOS in 1987 and ported to several platforms between 1988 and 1992, the game earned commercial success and critical acclaim.