Thupstan Chhewang (born 1 September 1947) is an Indian politician who was a member of the 14th and 16th Lok Sabha representing the Ladakh constituency in the former state of Jammu and Kashmir. He is a member of the National Executive of Bharatiya Janata Party. [1]

He was born in Shey to Shey Lonpo Sonam Tsephel, an aristocrat, who chose to serve the poor by imparting education to them, and Princess Norzin Wangmo, great great great granddaughter of Tsepel Tundup Namgyal, the last independent ruler of Ladakh and sister to the 19th Kushok Bakula, aunt to Galdan Thripa Thupstan Nyima, younger sister to Princess Rigzin Wangmo, grand niece to the 18th Bakula and first cousin to Princess Tsering Dolkar of Leh Khangsar. He completed his primary education till class 5th from his native village and after that Kushok Bakula Rinpochey his uncle, took him with himself to Kashmir for studies. There he used to put up at Rainawari in Pandit Nehru’s house. Back then the students of officers working in the Secretariat also used to shift to Jammu, with the annual Durbar move so during winters he would to attend Model Academy School Jammu and during summers Tyndale Biscoe School in Srinagar. Bakula Rinpochey took around 16 students to Sarnath Varanasi at Mahabodhi Intermediate College from where he did his matriculation in 1962. In 1967, he completed his graduation from Delhi University in law. [2]

He is married into the Royal family of Ladakh. His wife, Princess Sarla Chewanng is the eldest daughter of King Chhosgyal Kunzang Namgyal and sister of the present King Jigmet Namgyal. [3] He has a son and a daughter. He practices Buddhism.

He began his career as a political activist in the year 1972, when he along with some other youths organised a protest when Syed Mir Qasim visited Ladakh and was imprisoned for twenty days. He spearheaded the agitations for inclusion of the Ladakhis as Scheduled Tribes, autonomy for the region demanding the status of Union Territory for Ladakh. He served as the President of the Ladakh Buddhist Association from 1988 to 1995. He became the first Chief Executive Councilor of the local autonomous administrative body, Ladakh Autonomous Hill Development Council, Leh when elections were held for the first time in 1995. Later he formed the Ladakh Union Territory Front in year 2000. In 2004 he contested for, and won, the 14th Lok Sabha Elections as an LUTF candidate. He again won the 16th General Elections in 2014 on a BJP ticket defeating his nearest rival by a margin of just 36 votes.

He resigned from Lok Sabha in November 2018, and quit Bharatiya Janata Party citing disagreements with the party's leadership [4] .

He is the great great great great-grandson of Tsepel Tondup Namgyal, last independent ruler of Ladakh on his mother's paternal side. He is related to Kings of Zangla on his mother's maternal side since his maternal grandmother, Princess Yeshes Wangmo was the daughter of King of Zangla. He is the nephew of The 19th Kushok Bakula and great grand nephew of the 18th Kushok Bakula. He is the first cousin of Galdan Thripa Thupstan Nyima, head of the Rizong Monastery. His wife is the daughter of King Kunzang Namgyal and Queen Diskit Wangmo. His wife is his fourth cousin as King Kunzang Namgyal is his mother Princess Norzin Wangmo's third cousin.

Ladakh is a Himalayan region administered by India as a union territory. Located in the western Himalayas of northern India, the region has been the subject of dispute between India, Pakistan, and China since 1947. It is bordered by the Tibet Autonomous Region to the east, the Indian state of Himachal Pradesh to the south, both the Indian union territory of Jammu and Kashmir and the Pakistan-administered Gilgit-Baltistan to the west, and the southwest corner of Xinjiang across the Karakoram Pass in the far north. It extends from the Siachen Glacier in the Karakoram range to the north to the main Great Himalayas to the south. The eastern end, consisting of the uninhabited Aksai Chin plains, is claimed by the Indian Government as part of Ladakh, and has been under Chinese control since 1962. Until 2019, Ladakh was a region of the state of Jammu and Kashmir. In August 2019, the Parliament of India passed an act by which Ladakh became a union territory on 31 October 2019.

Leh is the joint capital and largest town of the union territory of Ladakh in India. Leh, located in the Leh district, was also the historical capital of the Himalayan Kingdom of Ladakh, the seat of which was in the Leh Palace, the former residence of the royal family of Ladakh, built in the same style and about the same time as the Potala Palace in Tibet. Leh is at an altitude of 3,524 metres (11,562 ft), and is connected via National Highway 1 to Srinagar in the southwest and to Manali in the south via the Leh-Manali Highway. 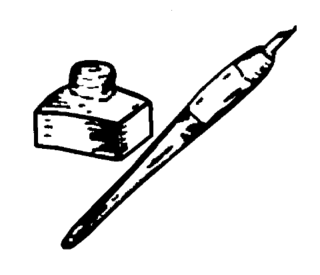 Information about Ladakh before the birth of the kingdom during the 9th century is scarce. Ladakh can hardly be considered a separate political entity before the establishment of the kingdom about 950 CE, after the collapse of the early Tibetan Empire and the border regions became independent kingdoms under independent rulers, most of whom came from branches of the Tibetan royal family.

Shey is a village in the Leh district of Ladakh, India. It is located in the Leh tehsil, 15 km from Leh towards Hemis.

Tourism is one of an economic contributor to the union territory of Ladakh in Northern India. The union territory is part of the broader disputed Kashmir region and is sandwiched between the Karakoram mountain range to the north and the Himalayas to the south and is situated at the height of 11,400 ft. Ladakh is composed of the Leh and Kargil districts. The region contains prominent Buddhist sites and has an ecotourism industry. As of 2020, tourism industry in Ladakh was worth ₹600 crore (US$84 million).

The Namgyal dynasty was a line of rulers of a kingdom in modern-day Ladakh that lasted from 1460 to 1842. The Namgyal dynasty succeeded the first dynasty of Maryul and had several conflicts with the neighboring Mughal Empire and various dynasties of Tibet, including the Tibet–Ladakh–Mughal War. The dynasty eventually fell to the Sikh Empire and Dogras of Jammu and Kashmir. Most of its known history is written in the Ladakh Chronicles.

Chaman Lal Gupta is a former minister of state in the Government of India. He was union minister of state of defence from 2002 to 2004. Earlier, he held a portfolio of food processing and civil aviation. He was born in 1934 in Jammu and did his MSC from G. M. Science College Jammu and Allahabad University, Allahabad. He is a leader of Bharatiya Janata Party. He was a member of the 11th and 13th Lok Sabha from Udhampur.

Ngawang Lobzang Thupstan Chognor, commonly known as 19th Kushok Bakula Rinpoche was a Buddhist lama, who also served as India's ambassador to Mongolia. He is mainly known for his efforts in reviving Buddhism in Mongolia and Russia by linking them with the community of Tibetan exiles in India.

Sengge Namgyal was a 17th-century Namgyal dynasty King of Ladakh, India from 1616 to his death in 1642. A Buddhist, he was noted for his immense work in building monasteries, palaces and shrines in Ladakh and is known as the "Lion King".

The Shey Monastery or Gompa and the Shey Palace complex are structures located on a hillock in Shey, 15 kilometres (9.3 mi) to the south of Leh in Ladakh, northern India on the Leh-Manali road. Shey was the summer capital of Ladakh in the past.

Maryul of Ngari, or the Kingdom of Ladakh, was a west Tibetan kingdom based in modern-day Ladakh and Tibet Autonomous Region. The Maryul kingdom was based in Shey and evolved into the modern Ladakh.

The Tibet–Ladakh–Mughal War of 1679–84 was fought between the Central Tibetan Ganden Phodrang government, with the assistance of Mongol khanates, and the Namgyal dynasty of Ladakh with assistance from the Mughal Empire in Kashmir.

Tsering Samphel is an Indian politician. Samphel supports the demand to give Ladakh Union Territory status.

Rani Parvati Devi Deskit Wangmo is the Queen mother of Ladakh and a former member of the 6th Lok Sabha (1977–80). 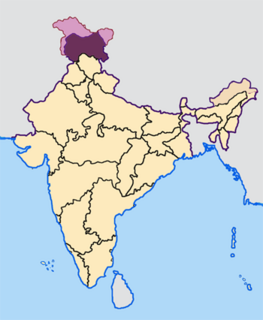