The Thurber Prize for American Humor, named after American humorist James Thurber, recognizes outstanding contributions in humor writing. The prize is given out by the Thurber House. It was first awarded irregularly, but since 2004 has been bestowed annually. In 2015, the finalists were for the first time, all women. [1] Winners of the Thurber Prize have included authors from an array of diverse backgrounds, from The Daily Show hosts Jon Stewart and Trevor Noah to The New Yorker staff writers Calvin Trillin and Ian Frazier, as well as university professors Julie Schumacher and Harrison Scott Key. [2]

Merrill Markoe (finalist) — Walking In Circles Before Lying Down
Bob Newhart (finalist) — I Shouldn't Even Be Doing This!: And Other Things That Strike Me As Funny

Patricia Marx (finalist) — Him Her Him Again The End of Him
Simon Rich (finalist) — Ant Farm: And Other Desperate Situations

Roz Chast (finalist) — Can't We Talk About Something More Pleasant?
Annabelle Gurwitch (finalist) — I See You Made an Effort: Compliments, Indignities, and Survival Stories from the Edge of 50

Jason Gay (finalist) — Little Victories
Mary Norris (finalist) — Between You &: and Me: Confessions of a Comma Queen.

Christopher Ferdinand Durang is an American playwright known for works of outrageous and often absurd comedy. His work was especially popular in the 1980s, though his career seemed to get a second wind in the late 1990s. Sister Mary Ignatius Explains It All For You was Durang's watershed play as it brought him to national prominence when it won him—at the age of 32—the Obie Award for Best Playwright (1980). His play, Vanya and Sonia and Masha and Spike won the Tony Award for Best Play in 2013. The production was directed by Nicholas Martin, and featured Sigourney Weaver, David Hyde Pierce, Kristine Nielsen, Billy Magnussen, Shalita Grant and Genevieve Angelson. 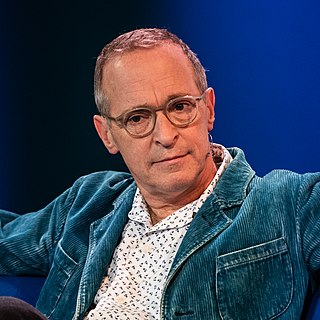 David Raymond Sedaris is an American humorist, comedian, author, and radio contributor. He was publicly recognized in 1992 when National Public Radio broadcast his essay "Santaland Diaries." He published his first collection of essays and short stories, Barrel Fever, in 1994. He is the brother and writing collaborator of actor Amy Sedaris. 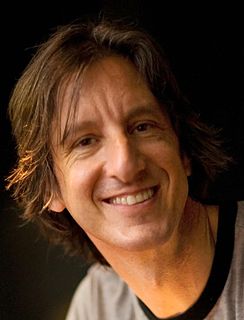 Andy Borowitz is an American writer, comedian, satirist, and actor. Borowitz is a The New York Times-bestselling author who won the first National Press Club award for humor. He is known for creating the NBC sitcom The Fresh Prince of Bel-Air and the satirical column The Borowitz Report.

Sloane Crosley is an American writer living in New York City known for her humorous essays, including the collections I Was Told There'd Be Cake, How Did You Get This Number, and Look Alive Out There. She has also worked as a publicist at the Vintage Books division of Random House and as an adjunct professor in Columbia University's Master of Fine Arts program. She graduated from Connecticut College in 2000. 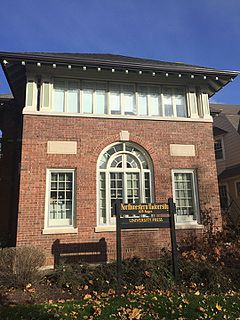 Alan Zweibel is an American television writer, author, playwright, and screenwriter who was one of the original Saturday Night Live writers, a co-creator of It's Garry Shandling's Show, and consulting producer on Curb Your Enthusiasm. For the Broadway stage he collaborated with Billy Crystal on the Tony Award-winning play 700 Sundays, won the Thurber Prize for American Humor for his novel The Other Shulman: A Novel, and, most recently, co-wrote a film with Crystal titled Here Today that stars Crystal and Tiffany Haddish.

Alice Stewart Trillin was an American educator, author, film producer and longtime muse to her husband, author Calvin Trillin. She was also known for her work with cancer patients. Alice Trillin is a recurring subject in Calvin Trillin's writings, including his 2006 book titled About Alice.

Shalom Auslander is an American novelist, memoirist, and essayist. He grew up in an ultra-Orthodox Jewish neighborhood in Monsey, New York, where he describes himself as having been "raised like a veal", a reference to his strict religious upbringing. His writing style is notable for its Jewish perspective, existentialist themes, and black humor. His non-fiction often draws comparisons to David Sedaris, while his fiction has drawn comparisons to Franz Kafka, Samuel Beckett, and Groucho Marx. His books have been translated into over a dozen languages, and are published around the world.

Spiegel & Grau was originally a publishing imprint of Penguin Random House founded by Celina Spiegel and Julie Grau in 2005. 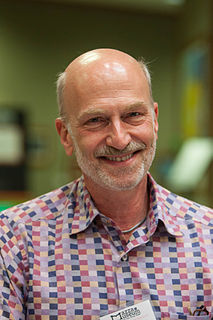 Michael J. Rosen, is an American writer, ranging from children's picture books to adult poetry and to novels, and editor of anthologies ranging almost as broadly. He has acted as editor for Mirth of a Nation and 101 Damnations: The Humorists' Tour of Personal Hells, and his poetry has been featured in The Best American Poetry 1995.

Trevor Noah is a South African comedian, television host, writer, producer, political commentator, and actor. He is the host of The Daily Show, an American satirical news program on Comedy Central. 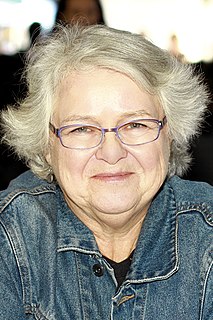 Mary Norris is an American author, writer and copy editor for The New Yorker.

Can't We Talk About Something More Pleasant? is a 2014 graphic memoir of American cartoonist and author Roz Chast. The book is about Chast's parents in their final years. Her father, George, died at the age of 95 and her mother, Elizabeth, who worked as an assistant elementary school principal, died at the age of 97. The author derived the book's title from her parents' refusal to discuss their advancing years and infirmities. Chast's cartoons have appeared in The New Yorker magazine since 1978. The book was appreciated for showcasing Chast's talent as cartoonist and storyteller. It received several awards and was a number 1 New York Times Bestseller.

Priestdaddy is a memoir by American poet Patricia Lockwood. It was named one of the 10 best books of 2017 by The New York Times Book Review and was awarded the 2018 Thurber Prize for American Humor. In 2019, the Times included the book on its list "The 50 Best Memoirs of the Past 50 Years," and The Guardian named it one of the 100 best books of the 21st century.

Nate DiMeo is an American podcaster, screenwriter, and author based out of Los Angeles, and the host of his award-winning podcast, The Memory Palace. He is also the co-author of Pawnee: the Greatest Town in America and a finalist for the 2012 Thurber Prize for American Humor. After spending a decade on public radio, featured on programs ranging from NPR's All Things Considered and Morning Edition, to Marketplace, DiMeo decided to found his own his podcast centered around lesser-known historical narratives. Since 2008, the podcast – The Memory Palace – has been received with critical acclaim and was nominated for a Peabody Award in 2016.