Thyestes is an extinct genus of osteostracan agnathan vertebrate of Europe whose fossils are found in Middle to Late Ludlow-aged marine strata of Late Silurian Europe. Individuals of Thyestes superficially resembled Cephalaspis , but were more closely related to Auchenaspis and Tremataspis .

The class Osteostraci is an extinct taxon of bony-armored jawless fish, termed "ostracoderms", that lived in what is now North America, Europe and Russia from the Middle Silurian to Late Devonian. 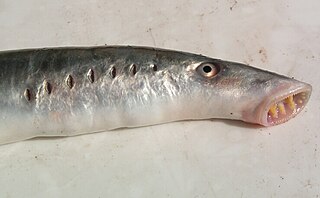 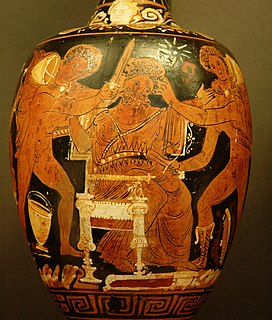 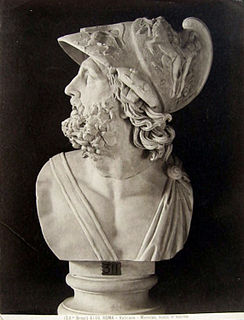 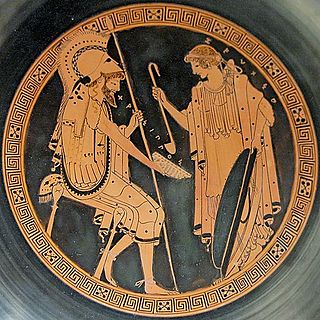 The revenge tragedy, or revenge play, is a dramatic genre in which the protagonist seeks revenge for an imagined or actual injury. The term, revenge tragedy, was first introduced in 1900 by A.H. Thorndike to label a class of plays written in the late Elizabethan and early Jacobean eras.

Revenge tragedy is a theoretical genre in which the principal theme is revenge and revenge's fatal consequences. Formally established by American educator Ashley H. Thorndike in his 1902 article "The Relations of Hamlet to Contemporary Revenge Plays," a revenge tragedy documents the progress of the protagonist's revenge plot and often leads to the demise of both the murderers and the avenger himself.

Gowran Park is a horse race course in County Kilkenny, Ireland. It is located in the Annely Estate near the village of Gowran.The first meeting was held in 1914. and the first ever racecourse commentary in Ireland took place here in 1952.

In Greek mythology, Tantalus was a son of Thyestes and a prince of southern Argolis. He was killed along with his brother Pleisthenes, by Thyestes's brother Atreus. Atreus killed his nephews because Thyestes seduced his wife, Aerope. Atreus was the king of Mycenae, and Thyestes ruled the south of Argolis. In some accounts, he was the first husband of Clytemnestra and was slain together with their newborn child by Agamemnon who married the Spartan princess after his death.

The Thyestes Chase is a National Hunt handicap steeplechase run in Ireland. It takes place at Gowran Park, Gowran, County Kilkenny in January, over a distance of about 3 miles and 1 furlong and during the race there are 17 fences to be jumped. The race is usually contested by horses who go on to run in the Grand National and has been won in recent years by two horses who have gone on to win the Grand National, in Hedgehunter and Numbersixvalverde. The most famous winners of the race were Arkle (1964) and Flyingbolt (1966). It currently has a maximum field of 18 runners. The race is sponsored by bloodstock auctioneers Goffs.

The mixing bowl with the exposure of baby Aegisthos is an ancient Greek ceramic kalyx-crater, a bowl used for mixing wine and water. Manufactured in Taras in 330-320 BCE, it is thought to be the only known artistic depiction of a lost play by Sophocles, Thyestes at Sikyon. It is currently on display in gallery 215C of the Museum of Fine Arts in Boston, Massachusetts, after having been purchased by them from Fritz Bürki and Son on February 25, 1987. 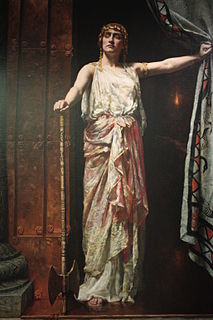 Thyestes is a lost tragedy by Euripides. The play may have concerned the myth of Thyestes' seduction of Areope, the wife of his brother Atreus, and Atreus' subsequent revenge on Thyestes, killing his children and serving them to him at a feast.