Thyroid is a medical journal in the field of endocrinology, covering research on diseases of the thyroid. It is the official journal of the American Thyroid Association and published by Mary Ann Liebert, Inc.. 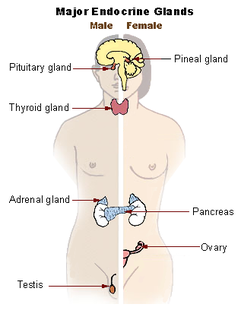 Parafollicular cells, also called C cells, are neuroendocrine cells in the thyroid. The primary function of these cells is to secrete calcitonin. They are located adjacent to the thyroid follicles and reside in the connective tissue. These cells are large and have a pale stain compared with the follicular cells. In teleost and avian species these cells occupy a structure outside the thyroid gland named the ultimobranchial body. 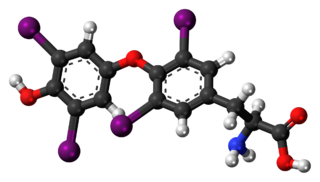 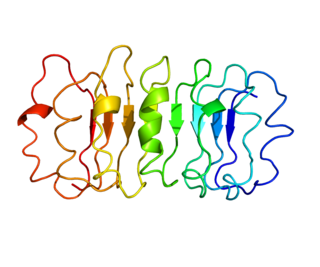 Euthyroid sick syndrome (ESS) is a state of adaptation or dysregulation of thyrotropic feedback control wherein the levels of T3 and/or T4 are abnormal, but the thyroid gland does not appear to be dysfunctional. This condition may result from allostatic responses of hypothalamus-pituitary-thyroid feedback control, dyshomeostatic disorders, drug interferences and impaired assay characteristics in critical illness. 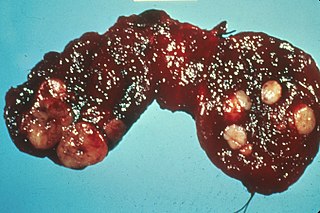 NK2 homeobox 1 (NKX2-1), also known as thyroid transcription factor 1 (TTF-1), is a protein which in humans is encoded by the NKX2-1 gene.