Thyrza Nichols Goodeve is a writer, interviewer, artist, and teacher active in the field of contemporary art and culture.

Goodeve was born in Middlebury, Connecticut, where she lived until her family moved to Windham, Vermont. Her brother is actor Grant Goodeve. Her maternal great-great-grandfather was the Vermont politician and Union Army Colonel William T. Nichols, while her paternal great-great-grandfather was Orvil (sometimes spelled Orville) Grant, a younger brother of U.S. President Ulysses S. Grant. [1] She attended the Westover School in Middlebury, Connecticut and Northfield Mount Hermon School (NMH) in Massachusetts. In 1975, through NMH, she attended the American School of Tangier where she met Paul Bowles and Mohammed Mrabet, key influences on her career as a writer. [2] She received a B.A. from Sarah Lawrence College (creative writing, film, philosophy), an M.A. from New York University (cinema studies), and a Ph.D. from the University of California, Santa Cruz under Donna Haraway and James Clifford. [2] She lives in Brooklyn Heights, New York.

Goodeve is known both as an essayist and as an interviewer. She writes on diverse topics ranging from vaudeville to cyborgs to the art of doodling, and she has published in such respected periodicals as Artforum, Parkett, Art in America, Artbyte, The Guggenheim Magazine, The Village Voice, The Brooklyn Rail, Art Agenda, and Camerawork. From 2017 to 2019 she was the Senior Art Editor of The Brooklyn Rail, following which she became an Editor-at-Large. She has interviewed Matthew Barney, Yvonne Rainer, Ellen Gallagher, the Quay Brothers, McKenzie Wark, Tim Rollins and K.O.S., Aziz + Cucher, and Carolee Schneemann. [3] Her book-length conversation with the influential science and technology scholar Donna Haraway offers a wide-ranging and intimate introduction to Haraway's challenging work. [4] Among other things, she argues that science fiction offers a model for Haraway's imaginative theorizations. [5]

As a performer, Goodeve has appeared in works by Yvonne Rainer, Joseph Nechvatal, Bradley Rubenstein, and Ellen Harvey. She appears as the graduate student in Yvonne Rainer's 1985 film The Man Who Envied Women.

From 1995 to 1997, Goodeve worked as a research associate at the Whitney Museum of American Art on the American Century Exhibition. From 1998 to 1999, she was Senior Instructor at the Whitney Independent Studio Program. [6] Since 1999, she has been on the faculty of the School of Visual Arts, teaching in the M.F.A. programs in Art Criticism and Writing; Art Practice; and Computer Art. [3] She has also taught in SVA's undergraduate art history and film programs.

Outside of New York, Goodeve has taught at the Rhode Island School of Design and is the program coordinator for the Maryland Institute College of Art summer intensive program in New York City.[ citation needed ] 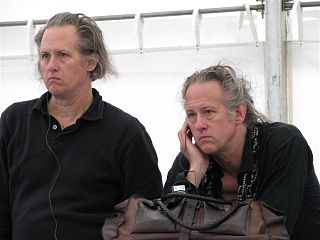 Stephen and Timothy Quay are American identical twin brothers and stop-motion animators who are better known as the Brothers Quay or Quay Brothers. They were also the recipients of the 1998 Drama Desk Award for Outstanding Set Design for their work on the play The Chairs. 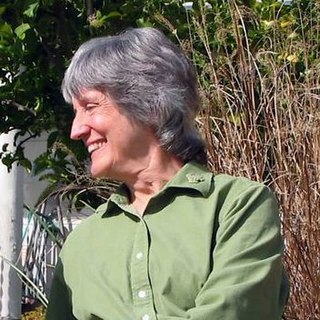 Donna J. Haraway is an American Professor Emerita in the History of Consciousness Department and Feminist Studies Department at the University of California, Santa Cruz, United States. She is a prominent scholar in the field of science and technology studies, described in the early 1990s as a "feminist and postmodernist". Haraway is the author of numerous foundational books and essays that bring together questions of science and feminism, such as "A Cyborg Manifesto: Science, Technology, and Socialist-Feminism in the Late Twentieth Century" (1985) and "Situated Knowledges: The Science Question in Feminism and the Privilege of Partial Perspective" (1988). Additionally, for her contributions to the intersection of information technology and feminist theory, Haraway is widely cited in works related to Human-Computer Interaction (HCI). Her Situated Knowledges and A Cyborg Manifesto publications in particular, have sparked discussion within the HCI community regarding framing the positionality from which research and systems are designed. She is also a leading scholar in contemporary ecofeminism, associated with post-humanism and new materialism movements. Her work criticizes anthropocentrism, emphasizes the self-organizing powers of nonhuman processes, and explores dissonant relations between those processes and cultural practices, rethinking sources of ethics. Haraway criticizes the Anthropocene because it generalizes us as a species. However, she also recognizes the importance of it recognizing humans as key agents. Haraway prefers the term Capitalocene which defines capitalism's relentless imperatives to expand itself and grow, but she does not like the theme of irreversible destruction in both the Anthropocene and Capitalocene.

Madeline Charlotte Moorman was an American cellist, performance artist, and advocate for avant-garde music. Referred to as the "Jeanne d'Arc of new music", she was the founder of the Annual Avant Garde Festival of New York and a frequent collaborator with Korean American artist Nam June Paik. 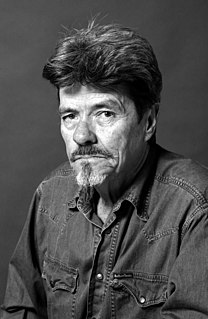 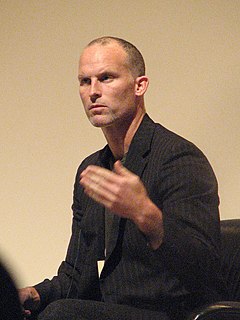 Matthew Barney is an American contemporary artist and film director who works in the fields of sculpture, film, photography and drawing. His works explore connections among geography, biology, geology and mythology as well as themes of conflict and failure. His early pieces were sculptural installations combined with performance and video. Between 1994 and 2002, he created The Cremaster Cycle, a series of five films described by Jonathan Jones in The Guardian as "one of the most imaginative and brilliant achievements in the history of avant-garde cinema." He is also known for Drawing Restraint 9 (2005), River of Fundament (2014) and Redoubt (2018), as well as his past relationship with Icelandic musician Björk.

Carolee Schneemann was an American visual experimental artist, known for her multi-media works on the body, narrative, sexuality and gender. She received a B.A. in poetry and philosophy from Bard College and a Master of Fine Arts from the University of Illinois. Originally a painter in the Abstract Expressionist tradition, Schneeman was uninterested in the masculine heroism of New York painters of the time and turned to performance-based work, primarily characterized by research into visual traditions, taboos, and the body of the individual in relation to social bodies. Although renowned for her work in performance and other media, Schneemann began her career as a painter, stating, "I'm a painter. I'm still a painter and I will die a painter. Everything that I have developed has to do with extending visual principles off the canvas." Her works have been shown at the Los Angeles Museum of Contemporary Art, the Museum of Modern Art in New York, the London National Film Theatre, and many other venues. 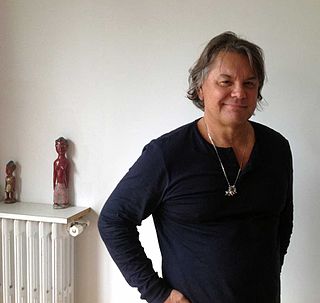 The Brooklyn Rail is a publication and platform for the arts, culture, humanities, and politics. The Rail is based out of Brooklyn, New York. It features in-depth critical essays, fiction, poetry, as well as interviews with artists, critics, and curators, and reviews of art, music, dance, film, books, and theater.

Allucquére Rosanne "Sandy" Stone is an American academic theorist, media theorist, author, and performance artist. She is currently Associate Professor and Founding Director of the Advanced Communication Technologies Laboratory (ACTLab) and the New Media Initiative in the department of Radio-TV-Film at the University of Texas at Austin. Concurrently she is Wolfgang Kohler Professor of Media and Performance at the European Graduate School EGS, senior artist at the Banff Centre, and Humanities Research Institute Fellow at the University of California, Irvine. Stone has worked in and written about film, music, experimental neurology, writing, engineering, and computer programming. Stone is transgender and is considered a founder of the academic discipline of transgender studies. She has been profiled in ArtForum, Wired, Mondo 2000, and other publications, and been interviewed for documentaries like Traceroute.

Posthuman or post-human is a concept originating in the fields of science fiction, futurology, contemporary art, and philosophy that means a person or entity that exists in a state beyond being human. The concept aims at addressing a variety of questions, including ethics and justice, language and trans-species communication, social systems, and the intellectual aspirations of interdisciplinarity. 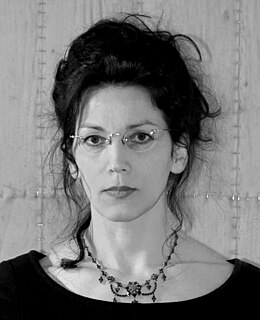 Heide Hatry is a New York City and Berlin based German neo-conceptual artist, curator and editor. Her work, often either body-related or employing animal flesh and organs or other discarded, disdained, or "taboo" materials, has aroused controversy and has been considered horrific, repulsive or sensationalist by some critics, while others have hailed her as an "imaginative provocateur", "a force of nature..., an artist and a humanist who is making a selfless contribution to life", and an artist whose works provoke a "reaction akin to having witnessed a murder".

Charline von Heyl is a German abstract painter. She also works with drawing, printmaking, and collage. She moved to the United States in the 1990s, and has studios in New York City and in Marfa, Texas.

Hans Dieter Breder was a German-American interdisciplinary artist. He lived and worked in Iowa.

The Plaintext Players were an online performance group founded by Antoinette LaFarge in 1994. Consisting mainly of artists and writers, they engaged in improvisational cyberformance on MOOs and later branched out into mixed reality performance, working with stage actors. Their performances form a "hybrid of theatre, fiction and poetry".

Coleen Fitzgibbon is an American experimental film artist associated with Collaborative Projects, Inc.. She worked under the pseudonym Colen Fitzgibbon between the years 1973-1980. Fitzgibbon currently resides on Ludlow Street in New York City and in Montana.

L.A. Kauffman is a grassroots political organizer, activist, and journalist. She writes about the history and impact of various protest movements, including the civil rights movement, protests against the US invasion of Iraq, and the 2017 Women's March. She is the author of "How To Read A Protest: The Art of Organizing and Resistance," published by University of California Press in 2018, and "Direct Action: Protest and the Reinvention of American Radicalism," published by Verso Books in 2017. Her journalistic work has appeared various publications, including The Guardian, N+1, and Boston Review.

Annina Nosei is an Italian-born art dealer and gallerist. Nosei is best known for being Jean-Michel Basquiat’s first art dealer and providing him with studio space in the basement of her gallery. From 1981 to 2006, the Annina Nosei Gallery represented or exhibited work by artists such as Barbara Kruger, Robert Longo, Ghada Amer, and Shirin Neshat.

Tina Rivers Ryan is an American curator, researcher, author, and art historian. Her expertise is in new media art, which includes digital art, and internet art. She is an assistant curator at the Albright–Knox Art Gallery in Buffalo, New York since 2017.