Tia Lee Nelson (born June 21, 1956) is an American academic, environmental activist, and public servant from the state of Wisconsin. She has held several high-profile positions at The Nature Conservancy, served as Executive Secretary of the Wisconsin Board of Commissioners of Public Lands, and is currently Managing Director of the Climate program at the Outrider Foundation. Nelson is the daughter of former United States Senator and Governor Gaylord Nelson, the founder of Earth Day.

Nelson was born on June 21, 1956 in the Crestwood neighborhood of Madison, Wisconsin. She was two years old when her father was elected Governor of Wisconsin. She lived in the Executive Residence (Governor's Mansion) in Maple Bluff, Wisconsin until the age of six, when her father was elected to United States Senate. She spent her upbringing in Washington, D.C. until graduating from high school and returning to Wisconsin to attend college. [1] Nelson often accompanied her father during campaign stops throughout his political career.

After graduating from UW–Madison's school of wildlife ecology and clerking for the Wisconsin Assembly Committee on Natural Resources, Nelson joined The Nature Conservancy as legislative liaison for government relations. She spent 17 years with the organization, also holding posts as a senior policy advisor for the Latin America and Caribbean Division and then, as the first director of the Conservancy's Global Climate Change Initiative. During her time with the group, Nelson worked in more than 25 countries, and was in Rio de Janeiro in 1992 when President George H.W. Bush signed the United Nations Framework Convention on Climate Change at the Earth Summit, the U.S. commitment to help fight global warming.

While at The Nature Conservancy, Nelson advocated for forest protection and restoration as a critical climate change mitigation strategy and an essential component of public policies to address global warming. She led the development of pilot carbon sequestration projects in Belize, Bolivia, and Brazil, where she helped create standards for the measurement and verification of the greenhouse gas benefits of conservation and improved timber management. The Rio Bravo project in Belize was the first one of its kind in the world to be certified by the U.S. Initiative on Joint Implementation, and earned her the Climate Protection Award in 2000 from the Environmental Protection Agency. [2] [3]

In 2004, Nelson returned home to Wisconsin to serve as Executive Secretary to the Wisconsin Board of Commissioners of Public Lands (BCPL), which included an appointment in 2007 as co‐chair of Wisconsin's Task Force on Global Warming. In July 2005, Nelson spoke at her father's memorial service which was held at the Wisconsin Capitol Building. [3] Nelson introduced Michelle Obama during a rally before the 2008 presidential primary in Wisconsin. [4] In 2009, Nelson testified before the U.S. House Energy and Commerce Committee regarding the American Clean Energy and Security Act. [5] The legislation would have cut carbon dioxide and other greenhouse gases by 20 percent by 2020 and by 83 percent by mid-century.

While serving as Executive Secretary to the BCPL, Nelson was ordered to never discuss climate change on state time by two of the three board members—the Attorney General and the State Treasurer. [6] The Attorney General later changed his position on the "gag" order and went on to express strong support for Nelson's job performance in a letter released to the press. [7] Nelson left her post at the state agency in 2015 and is currently the Managing Director of the Climate program at the Outrider Foundation, a Madison, Wisconsin group which works to end the threat of a nuclear war and reverse global climate change. [8] [9] Nelson introduced U.S. Senator Bernie Sanders at an October 2016 Madison rally for Democratic presidential candidate Hillary Clinton. Nelson voiced her support for Clinton and U.S. Senate Candidate Russ Feingold based on their advocacy for clean energy policies. [10]

Earth Day is an annual event on April 22 to demonstrate support for environmental protection. First held on April 22, 1970, it now includes a wide range of events coordinated globally by EarthDay.org including 1 billion people in more than 193 countries. The official theme for 2022 is Invest In Our Planet. 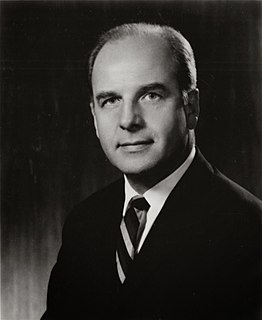 Gaylord Anton Nelson was an American politician and environmentalist from Wisconsin who served as a United States senator and governor. He was a member of the Democratic Party and the founder of Earth Day, which launched a new wave of environmental activism.

Douglas J. La Follette is an American academic, environmental scientist, and politician from the state of Wisconsin. A Democrat, he is the current Secretary of State of Wisconsin. He ran in the 2012 Democratic primary during the special election to recall Governor Scott Walker. 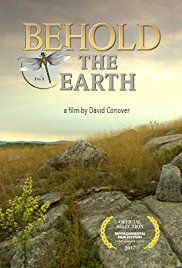 Behold the Earth is a feature-length musical documentary film that inquires into America's estrangement from nature, built out of conversations with leading biologists and evangelical Christians, and directed by David Conover. The film made its debut at the 2017 DC Environmental Film Festival.

The Board of Commissioners of Public Lands, otherwise known as BCPL, is a state agency responsible for investing Wisconsin's school trust funds in support of public education, for managing the state's remaining school trust lands, and for maintaining an extensive archive of land records. The agency was established in Article X, Sections 7 and 8 of the Wisconsin Constitution, ratified in 1848. 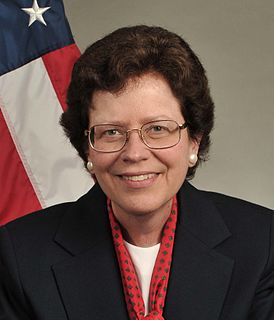 Rebecca Margaret "Becky" Blank is an American economist and academic administrator. The Chancellor of the University of Wisconsin–Madison from 2013 to 2022, Blank has also served in various roles in the United States Department of Commerce, including as acting United States Secretary of Commerce.

Matt Adamczyk is an American businessman and politician, who served as the 35th Wisconsin State Treasurer.

Karen Suzanne Oberhauser is an American conservation biologist who specializies in monarch butterflies. 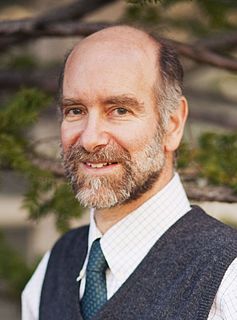 Jonathan Alan Patz is a professor and John P. Holton Chair of Health and the Environment at the University of Wisconsin-Madison, where he also serves as Director of the Global Health Institute. Patz also holds appointments in the Nelson Institute for Environmental Studies and the Department of Population Health Sciences at the University of Wisconsin. He serves on the executive committee of the Tyler Prize for Environmental Achievement and was elected in 2019 to the National Academy of Medicine.

Tracey Holloway is Gaylord Nelson Distinguished Professor at the Nelson Institute for Environmental Studies at the University of Wisconsin-Madison and Department of Atmospheric and Ocean Sciences. Her research focuses on the links between regional air quality, energy, and climate through the use of computer models and date from satellites. 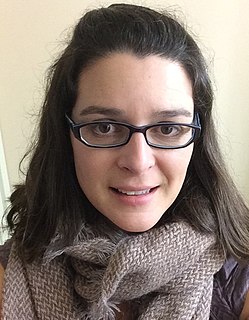 Tessa Michelle Hill is an American marine geochemist and oceanographer. She is a professor at the University of California, Davis, and a resident professor at its Bodega Marine Laboratory. She is a Fellow of the California Academy of Sciences, and in 2016 was named a Leshner Public Engagement Fellow of the American Association for the Advancement of Science. In that year she also received the US Presidential Early Career Award for Scientists and Engineers (PECASE).

Joy Buswell Zedler is an American ecologist and professor of botany at the University of Wisconsin–Madison (UW), holding the title of Aldo Leopold Chair of Restoration Ecology. In addition to restoration ecology, she specializes in the ecology of wetlands, rare species, interactions between native and introduced species, and adaptive management.

Noelle Eckley Selin is an atmospheric chemist and Associate Professor at Massachusetts Institute of Technology in the Institute for Data, Systems and Society and the Department of Earth, Atmospheric and Planetary Sciences. 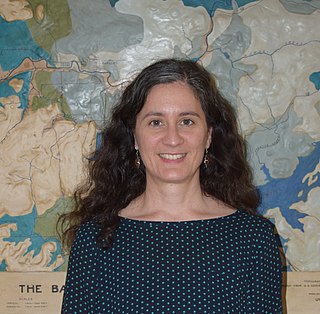 Erika Marín-Spiotta is a biogeochemist and ecosystem ecologist. She is currently Professor of Geography at the University of Wisconsin-Madison. She is best-known for her research of the terrestrial carbon cycle and is an advocate for underrepresented groups in the sciences, specifically women.

Andrea Dutton, a 2019 MacArthur Fellow, is a Professor of Geology in the Department of Geoscience at the University of Wisconsin–Madison where she studies paleoclimate, sedimentology, carbonate geochemistry, and paleoceonagraphy. Her primary research investigates sea level changes during interglacial periods to predict future sea level rise. 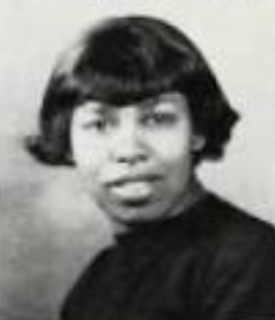 Mary E. Nelson Wilburn was an American lawyer and government official. She also taught German at Howard University, was chair of the Wisconsin Parole Board from 1986 to 1987, and was president of the International Federation of Women Lawyers from 2000 to 2002.