Tiago is a given and a family name, being one of the Portuguese equivalents of the names Jacob and James. Its archaic spelling - used mostly in Brazil - is Thiago.

Renan is a name present in Portuguese, Spanish and Breton as an alternative form of Ronan. It may refer to:

Santos is a surname of Christian origin in Portuguese, Spanish, Italian and French languages. The English translation of Santos is Saints. A singular version, Santo, may be seen.

Alencar is a surname. Notable people with the surname include:

Sandro is an Italian, Portuguese, Spanish, Swiss, Georgian and Croatian given name, often a diminutive of Alessandro or Alexander. It is also a surname.

Vítor is a Portuguese and Brazilian masculine given name, equivalent to Victor in English and Víctor in Spanish.

Dantas is a Portuguese language surname. It may refer to:

Thiago Silva is a Brazilian footballer.

André Santos is a Brazilian footballer.

Tiago Cardoso dos Santos is a Brazilian footballer who plays as a goalkeeper for Santa Cruz. 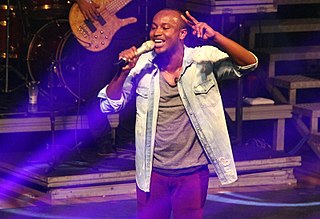 Tiaguinho or Thiaguinho is a Portuguese name derived from Tiago or Thiago, meaning little Tiago or Tiago junior, and may refer to:

Martins is a Portuguese surname. Its Spanish variant is Martínez. Notable people with the surname include:

Thiago Alves may refer to:

Thiago Ribeiro is a Portuguese language name, may refer to: