Tibiosioma remipes is a species of beetle in the family Cerambycidae. It was described by Martins and Galileo in 1990. It is known from Brazil. [1]

Eurypterus is an extinct genus of eurypterid, a group of organisms commonly called "sea scorpions". The genus lived during the Silurian period, from around 432 to 418 million years ago. Eurypterus is by far the most well-studied and well-known eurypterid and its fossil specimens probably represent more than 90% of all known eurypterid specimens.

Godzilla, also known as Gojira, is a fictional Japanese monster.

Bradina is a genus of moths of the family Crambidae.

Euryphrissa is a genus of moths in the family Sesiidae.

Mecometopus is a genus of beetles in the family Cerambycidae, containing the following species: 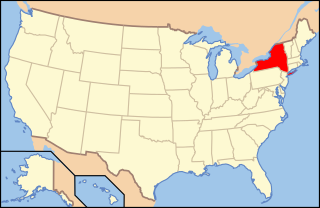 Paleontology in New York refers to paleontological research occurring within or conducted by people from the U.S. state of New York. New York has a very rich fossil record, especially from the Devonian. However, a gap in this record spans most of the Mesozoic and early Cenozoic.

Mecometopus remipes is a species of beetle in the family Cerambycidae. It was described by Bates in 1885.

Stenotsivoka is a genus of beetles in the family Cerambycidae, containing the following species:

Stenotsivoka remipes is a species of beetle in the family Cerambycidae. It was described by Fairmaire in 1902.

Bradina remipes is a moth in the family Crambidae. It was described by George Hampson in 1897. It is found on Pulo Laut in Indonesia.

Tibiosioma is a genus of longhorn beetles of the subfamily Lamiinae, containing the following species:

Sabethes mosquitoes are primarily an arboreal genus, breeding in plant cavities. The type species is Sabethes locuples, first described by Jean-Baptiste Robineau-Desvoidy in 1827.

Tibiosioma flavolineata is a species of beetle in the family Cerambycidae. It was described by Giorgi in 2001. It is known from Brazil.

Tibiosioma maculosa is a species of beetle in the family Cerambycidae. It was described by Martins and Galileo in 2007. It is known from Bolivia.

Dolichopus remipes is a species of long-legged fly in the family Dolichopodidae.

This timeline of eurypterid research is a chronologically ordered list of important fossil discoveries, controversies of interpretation, and taxonomic revisions of eurypterids, a group of extinct aquatic arthropods closely related to modern horseshoe crabs that lived during the Paleozoic Era.