Tibor Peter Nagy Jr. (born April 29, 1949) is a former United States Assistant Secretary of State for African Affairs, [1] and a former American foreign service officer who served as the American ambassador to Guinea and to Ethiopia. [2]

As a child, Nagy was forced to flee from Hungary and arrived in Washington DC in 1957, which became his home. [3] After retiring from the Foreign Service, Nagy served as Vice Provost for International Affairs at Texas Tech University, [4] from which he graduated in 1972. He also received a master's degree from the George Washington University in 1978. [5]

Nagy is a retired career U.S. Foreign Service officer who followed through assignments as US Ambassador to Ethiopia and Guinea as well as the Deputy Chief of Mission in Nigeria, Cameroon and Togo. His earlier assignments included Zambia, the Seychelles, Ethiopia, and Washington, DC. [6]

Nagy was nominated to the position of Assistant Secretary of State for African Affairs by President Donald Trump on May 10, 2018. He testified before the U.S. Senate Foreign Relations Committee on June 14 and was confirmed by a voice vote of the full Senate on June 28. [7] Nagy assumed office on July 23, 2018. [1] He was succeeded by Robert F. Godec. [8]

Nagy has been married to Jane since 1971. [9] They have three adult children who were the first triplets born in the independent Zimbabwe. [10]

The 2014 Paris Book Festival awarded the winning prize in non-fiction to "Kiss Your Latte Goodbye: Managing Overseas Operations" which was co-authored by Nagy. [11] 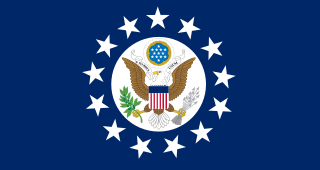 William Rivington Brownfield is a Career Ambassador in the United States Foreign Service and the former Assistant Secretary of State for the Bureau of International Narcotics and Law Enforcement Affairs as of January 10, 2011. He has previously served as U.S. Ambassador to Chile, Venezuela, and Colombia. 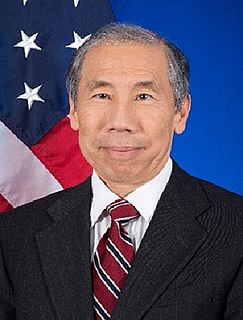 Donald Yukio Yamamoto is an American diplomat who has served as the United States Ambassador to Somalia since 2018. Before that he was the Acting Assistant Secretary of State for African Affairs with a term of appointment starting September 3, 2017 until July 23, 2018. Yamamoto previously served as the Senior Vice President, International Programs and Outreach at the National Defense University from 2016–2017. Prior to that, he was Senior Advisor to the Director General of the Foreign Service on personnel reform from 2015–2016; Chargé d'Affaires at the U.S. Mission Somalia office in Mogadishu in 2016; and in senior positions in Kabul, Mazar e-Sharif, and Bagram, Afghanistan from 2014–2015.

William Caldwell Harrop is an American diplomat. Harrop served for 39 years as a Foreign Service Officer, with postings as United States ambassador to Guinea, Kenya and the Seychelles, the Congo (Kinshasa), and Israel.

Gregory W. Engle is a United States Diplomat and former U.S. Ambassador to Togo. He was sworn in as ambassador on May 12, 2003. Greg Engle retired from the U.S. Foreign Service in 2008 and currently lives in Austin, Texas, where he teaches at the University of Texas and pursues his musical interests as a singer-songwriter. In January 2010, he released his first album, "Take It Personally," with noted producer/musician Stephen Doster and several well known Austin musicians. His song "Woody's Ghost" won first prize at the Annual Woody Guthrie Folk Festival Songwriting Competition in 2011. 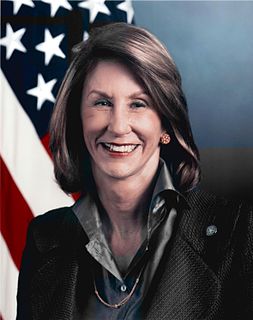 Joyce Ellen Leader is a former American foreign service officer who served as the American ambassador to Guinea from 1999 to 2000. She succeeded Tibor P. Nagy and was succeeded by R. Barrie Walkley. She is a specialist in African and refugee affairs and is currently a visiting scholar at Georgetown University in the Edmund A. Walsh School of Foreign Service, and was formerly a Senior Fellow at The Fund for Peace, where she authored "Rwanda’s Struggle for Democracy and Peace, 1991–1994".

African-Americans in foreign policy in the United States catalogs distinguished African Americans who have and continue to contribute to international development, diplomacy, and defense through their work with the U.S. Department of State, the U.S. Agency for International Development, the U.S. Information Agency, and the U.S. Congress, and other notable agencies and non-governmental organizations. The creators acknowledge the presence of the interagency contributions to the foreign affairs realm, and welcome additional content to showcase the achievements of African-Americans in other relevant USG agencies.

Sahle-Work Zewde is an Ethiopian politician and diplomat who is the 5th and current President of Ethiopia since 2018, being the first woman to hold the office. She was elected president unanimously by members of the Federal Parliamentary Assembly on 25 October 2018. 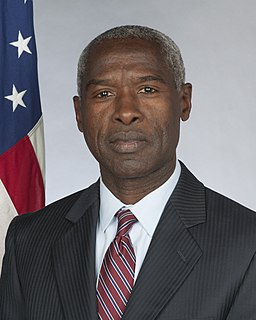 Linda Thomas-Greenfield is an American diplomat who is the United States ambassador to the United Nations under President Joe Biden. She served as the US assistant secretary of state for African affairs from 2013 to 2017. Thomas-Greenfield then worked in the private sector as a senior vice president at Albright Stonebridge Group in Washington, D.C.

Atul Keshap is an American diplomat and career United States Foreign Service Officer from Virginia who formerly served as U.S. Ambassador to Sri Lanka and Maldives and is currently serving as the Principal Deputy Assistant Secretary of State of the Bureau of East Asian and Pacific Affairs at the United States Department of State.

Richard Merrill Mills Jr. is an American diplomat who currently serves as the United States Deputy Ambassador to the United Nations. He served as the U.S. Chargé d'Affaires and Acting Permanent Representative to the United Nations between January 20, 2021, and February 24, 2021, when Linda Thomas-Greenfield became ambassador. 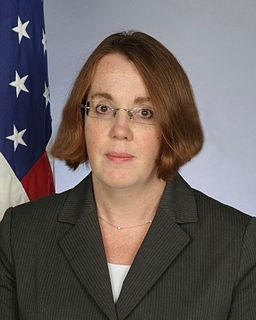 Mary Catherine "Molly" Phee is an American diplomat with the rank of Minister Counselor. She was nominated to be U.S. Ambassador to South Sudan by President Barack Obama on September 17, 2014; and confirmed by the Senate June 24, 2015. She was sworn in on July 15, 2015, to replace Susan D. Page, who had resigned and served from 2015 until 2017. 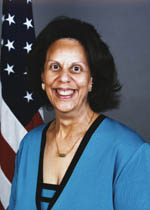