Tibor Selymes (born 14 May 1970) is a Romanian former football player and current sporting director of Liga I club Politehnica Iași.

Born in Bălan of Hungarian descent, Selymes made his debut in Divizia A with FC Brașov in 1988. He later played many years in Belgium.

In September 2010 he was appointed as manager of Astra Ploiești. [2] He was sacked in August 2011, after only two games from the 2011–12 season, both lost by Astra. [3] He then took control of FCM Târgu Mureș, but stayed there for only three games, resigning after one draw and two defeats. He returned to Astra in November 2011. On 16 December 2011, he was fired from Astra, the second time this season. [4]

On 2 April 2013, Selymes returned to Dinamo, after 20 years. He signed a contract for two months to manage the second team of the club. [5]

On 17 June 2013, he signed Săgeata Năvodari that will make its Liga I debut. [6] On 6 January 2014, Selymes was appointed as the manager of the Hungarian League club Kaposvári Rákóczi FC. The club was relegated at the end of the 2013–14 season, and Selymes left.

In September 2014, he signed a contract with former Romanian champions Oțelul Galați. [7] He resigned in March 2015. In June 2015, he was named the new manager of Petrolul Ploiești. [8]

Tibor is the nephew of Nicolae Selymes, who was also an international footballer who played for Dinamo București and FC Brașov in the 1960s. [9] [10] [11] In 2010 Selymes attempted to launch his own airline but ultimately failed when he did not pass the sufficient qualifications to fly an aeroplane.[ citation needed ]

In the summer of 2002, coach Marius Lăcătuş refused to extend his contract saying that he is unhappy with the current financial situation at Oțelul and left the team. Soon after, many players whose contracts were expiring also left the team. They were joined by vice-president Mihai Stoica, who signed for Steaua. President Ion Ionică appointed Costel Orac as the new manager. Later in that summer, Igor Pîrvu is named as the new president of the club.

Oțelul have appointed Aurel Ţicleanu as their new manager, after the contract of Dumitru Dumitriu has expired. A few months later, in November, he resigned from the team. The team was left in charge of assistant-manager Ion Gigi until the winter-break. The new manager of the team, Ilie Dumitrescu, was announced on December 6, 2000. His contract ended after the last match of the season, in June 2001. 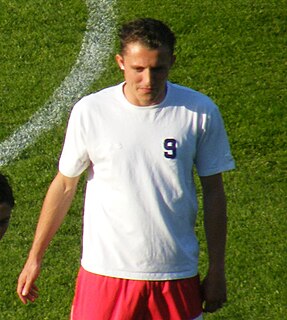 Bogdan Radu Apostu is a Romanian former footballer who played as a forward. Apostu grew up at Corvinul Hunedoara well known football academy and played in his career for clubs such as: Corvinul Hunedoara, Oțelul Galați, UTA Arad, Farul Constanţa, Bnei Sakhnin, Nyíregyháza Spartacus, Pandurii Târgu Jiu, Petrolul Ploieşti or Universitatea Cluj, among others. After retirement Apostu started his career as a football agent. For almost a season he was also the general manager of Academica Clinceni.

The 2013–14 Liga I is the ninety-sixth season of Liga I, the top-level football league of Romania. The season began on 19 July 2013 and ended on 21 May 2014. Steaua București are the defending champions.

The 2013–14 season is the twelfth season in FC Vaslui's existence, and its ninth in a row in the top flight of Romanian football. Vaslui will seek to win their first trophy, competing in the Liga I and the Romanian Cup.

The 2014–15 season is Petrolul Ploiești's 85th season in the Romanian football league system, and their fourth consecutive season in the Liga I. Petrolul came third in the 2013–14 Liga I, earning a place in the UEFA Europa League second qualifying round.

The 2014–15 Cupa României was the seventy-seventh season of the annual Romanian primary football knockout tournament. Astra Giurgiu, last season's title holders, were eliminated in the Round of 32 by the Liga II team Mioveni. Steaua București won the tournament.

The 2015–16 Liga I was the 98th season of the Liga I, the top professional league for Romanian association football clubs. The season began 10 July 2015 and ended on 29 May 2016, being the first to take place since the play-off/play-out format has been introduced.

Iulius Cezar Zamfir is a Romanian former footballer who played as a midfielder.