Tierz is a municipality in the province of Huesca, Spain. As of 2010, it has a population of 691 inhabitants. 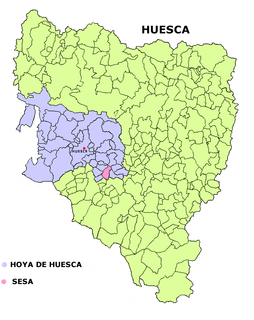 Sesa is a municipality located in the Hoya de Huesca comarca, province of Huesca, Aragon, Spain. According to the 2010 census the municipality has a population of 225 inhabitants. Its postal code is 22110. 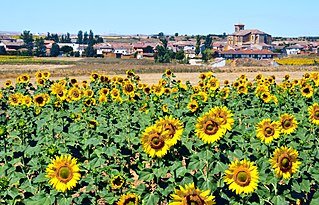 Padilla de Abajo is a small village and municipality located in the province of Burgos, in the kingdom of Spain. It has a romanic chapel that hosts a figure of the Virgin Mary called Nuestra Señora del Torreon. Many of its inhabitants still have "Padilla" as their family name.

The Cathedral-Basilica of Our Lady of the Pillar is a Roman Catholic church in the city of Zaragoza, Aragon (Spain). The Basilica venerates Blessed Virgin Mary, under her title Our Lady of the Pillar praised as "Mother of the Hispanic Peoples" by Pope John Paul II. It is reputed to be the first church dedicated to Mary in history. 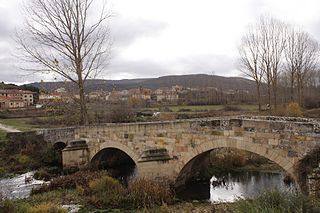 Palacios de la Sierra is a small town and municipality in the Spanish province of Burgos. The local economy is primarily based on agriculture and logging. 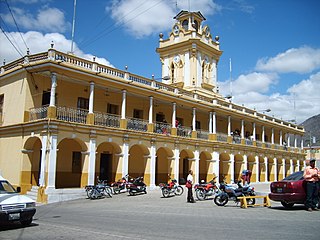 Chiantla is a town and municipality in the Guatemalan department of Huehuetenango. The municipality is situated at 2,000 metres above sea level and covers an area of 521 km2. The annual festival is on January 28.

Peñacerrada is a town and municipality located in the province of Álava, in the Basque Country, northern Spain. The Church of Nuestra Señora de la Peña de Faido is located in the town.

Vivar, or Vivar del Cid, is a village of approximately 260 inhabitants, part of the municipality of Quintanilla Vivar, located 7 kilometers (4.3 mi) away from Burgos, Spain. 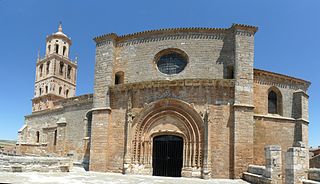 Santa Maria del Campo is a town and municipality in the Province of Burgos, Spain. The village is in the wine region known as Ribera del Arlanza, 22 km from Lerma. 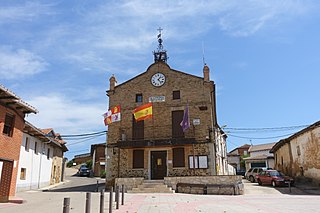 Congosto de Valdavia is a municipality located in the province of Palencia, Castile and León, Spain. According to the 2004 census (INE), the municipality has a population of 239 inhabitants.

Villalba del Rey is a municipality located in the province of Cuenca, Castile-La Mancha, Spain. It is part of the natural region of La Alcarria. According to the 2004 census (INE), the municipality has a population of 662 inhabitants.

Alfaro is a town and municipality in La Rioja, northern Spain. Its population in January 2009 was 9,883 inhabitants, and its area is 194.23 km². It is known for the annual return and nesting of the 'Storks of Alfaro.'

Tarazona Cathedral is a Roman Catholic church located in Tarazona, Zaragoza province, in Aragon, Spain. The cathedral's architecture is representative of the Gothic and Mudéjar style, and is one of the few remaining examples of this type of architecture, along with Teruel Cathedral.

San Pedro is a Roman Catholic parish church located in the town of Valdunquillo, province of Valladolid, Spain. The church was adjacent to the convent of Nuestra Señora de la Merced Descalza. The church once was dedicated to Nuestra Señora de la Encarnación. The convent was established in 1607. Made of brick, the church was built in the 18th century. The main retablo is from the 18th century. The retablo has a copy of the painting of Llanto por Cristo Muerto by Antonio de Pereda; the original is in a Museum of Marseille.

The Cathedral of Our Lady of Valvanera is located southeast of the main plaza, or Zocalo, of Mexico City on the corner of Correo Mayor and Republica de Uruguay in the historic center. The church originally belonged to the Convent of Santo Niño Perdido which was founded in 1573. This would then become a Conceptionist convent in the 17th century, when the church and convent were rebuilt in 1667. It also gained its current name at that time.

Luna is a municipality located in the province of Zaragoza, in Aragon, Spain. It is in the judicial district of Ejea de los Caballeros in the northeast of the province. It is 65 km from Zaragoza. According to the 2009 census (INE), the municipality has a population of 861 inhabitants.

Catedral de Nuestra Señora de La Asunción is the seat of the Roman Catholic Diocese of Margarita and is located in La Asunción, Nueva Esparta state, on Margarita Island, Venezuela. Completed in 1571, it is the oldest church in Venezuela.

The National Museum of Subaquatic Archaeology in Cartagena (Murcia), Spain is an underwater archaeology museum. It owns a large collection of pieces recovered from shipwrecks that begins in the Phoenician period, and arrives until the 19th century.