He was born in Goirle and died in Goirle.

Goirle is a municipality and town in the southern Netherlands, in the province of North Brabant. Part of the suburban area of the city of Tilburg, it shares with it its phone area code and public transport system.

In ancient Roman religion and myth, Janus is the god of beginnings, gates, transitions, time, duality, doorways, passages, and endings. He is usually depicted as having two faces, since he looks to the future and to the past. It is conventionally thought that the month of January is named for Janus (Ianuarius), but according to ancient Roman farmers' almanacs Juno was the tutelary deity of the month.

Riel may refer to: 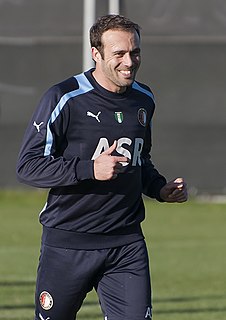 Joris Mathijsen is a Dutch former footballer who played as a centre-back. Currently he is the director of football at Willem II.

Petrus "Piet" Godefridus de Brouwer was an archer from the Netherlands.

Jan Joseph "Joep" Packbiers was an archer from the Netherlands.

Hendrikus "Driekske" van Bussel was an archer from the Netherlands.

Martin van Geel is a retired Dutch footballer who was active as a midfielder. Van Geel made his professional debut on at 24 August 1977 Willem II, and also played for Ajax, Roda JC and Feyenoord.

Adrianus "Janus" Cornelis Theeuwes was an archer from the Netherlands. 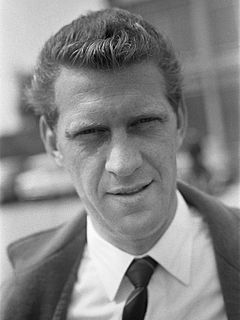 Hubertus "Huub" Zilverberg is a Dutch former professional road bicycle racer. In 1962, Zilverberg won a stage in the Tour de France and in the Giro d'Italia.

AnthonieSchetz, was a military commander in Spanish service during the Eighty Years' War. He was baron of Grobbendonk, lord of Tilburg and Goirle, Pulle and Pulderbos, and Wezemaal. He was the military governor of 's-Hertogenbosch until the town was lost to the Dutch in 1629, captain of a cavalry regiment, and a knight of the order of Santiago.

Van Gool is a Dutch toponymic surname, meaning "from Goirle". "Gool" is a phonetic approximation of the regional pronunciation of Goirle. Notable people with the surname include:

Torino Hunte is a Dutch professional footballer who plays as a winger for Almere City in the Dutch Eerste Divisie. He formerly for FC Eindhoven and VVV-Venlo.

Sam Lammers is a Dutch professional footballer who plays as a forward for PSV Eindhoven in the Eredivisie.

Theodorus Josephus Maria "Theo" Hendriks was a Dutch politician, he served as member of the House of Representatives between 1994 and 1998. Although elected for the General Elderly Alliance he was soon expelled from the party. Hendriks retained his seat and continued as an independent.