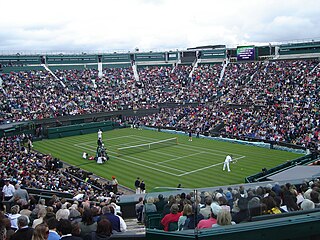 Playing for Slovenia at the Fed Cup, Hergold has a win–loss record of 2–2. [1]

The Slovenia Fed Cup team represents Slovenia in Fed Cup tennis competition and are governed by the Slovene Tennis Association. They currently compete in the World Group II.

Maja Matevžič is a former professional WTA tennis player from Slovenia. Both her most recent WTA singles and WTA doubles matches were played on 21 August 2005 at Toronto. 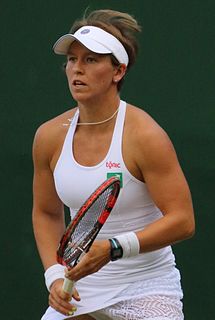 Karin Lušnic is a former tennis player from Slovenia.

Sandra Volk is a Slovenian retired tennis player. On 4 December 1995, Volk reached her best singles ranking of world number 416. On 12 September 1994, she peaked at world number 305 in the doubles rankings. 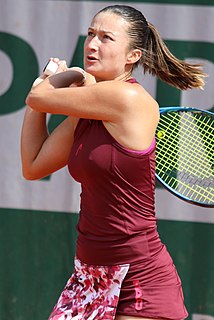 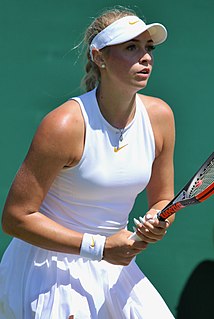