Power Rangers Turbo is an American television series and the fifth season of the Power Rangers franchise. The show was prefaced with the franchise's second film, Turbo: A Power Rangers Movie. As with its predecessors, Power Rangers Turbo is a based on one of the entries of the Super Sentai series; in Turbo's case, the source is Gekisou Sentai Carranger. The series introduced a child actor as the new Blue Ranger, and featured the departure of the long-running characters Zordon and Alpha 5, as well the veteran team of Rangers and introduced four new characters to take the place of the veteran Rangers. This was Jason David Frank's last appearance in the Power Rangers franchise until Power Rangers Dino Thunder. It also marked the final appearances of Nakia Burrise.

Ardwight Chamberlain is an American voice actor and screen writer currently living in Los Angeles, California. He is best known as the voice of Vorlon Ambassador Kosh on the science-fiction television series Babylon 5. He has also written a number of episodes for the animated TV show Digimon: Digital Monsters, has appeared on the game show Jeopardy!, and has written and provided voices for the English dubbed versions of several Japanese anime.

Yehoshua "Shuki" Levy is an Israeli-American music composer and television producer. Levy's best known work is soundtrack compositions for children's television programs of the 1980s, such as Inspector Gadget, The Mysterious Cities of Gold, M.A.S.K., Dinosaucers, Dragon Quest, He-Man and the Masters of the Universe, Eagle Riders, She-Ra: Princess of Power, and Jayce and the Wheeled Warriors. In the 1990s, he became known chiefly for his work on the Power Rangers franchise, Digimon: Digital Monsters, Masked Rider, VR Troopers, and Big Bad Beetleborgs. He has also written and directed numerous episodes for some these television shows, and directed a few films, such as "Eye of Doom" (1987), "Perfect Victims" (1988), and "Blind Vision" (1991).

Barbara Dale Goodson is an American voice actress who has done voice-over work in cartoons and shows. Her best-known role was providing the English dub voice of the main villain Empress Rita Repulsa in the Power Rangers franchise, starting with Mighty Morphin Power Rangers, and including Power Rangers Zeo, Turbo: A Power Rangers Movie, Power Rangers in Space. Other Power Rangers characters include Prince Sprocket and Orbus in Power Rangers Zeo, and Mandilok in Power Rangers Wild Force. She also voiced Red Fraggle and Wingnut in Jim Henson's cartoon Fraggle Rock, Ladyborg in Beetleborgs Metallix. and Mother Talzin on Star Wars: The Clone Wars, the last of which she won a Best Actress award from the website Behind The Voice Actors. She voiced in HBO's Adventures of Tom Sawyer as Tom, FLCL as Naota. The series CloudBread in which she is a cast member as Wooley, Ruiz, Grandma and Teacher Ellie was nominated for Best Children's Programming in 2011 for an Annie Award. She was also awarded an Earphones Award for narrating Blair Clemons in the Time/Warner book On A Night Like This. 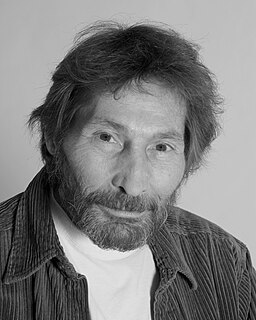 Robert Axelrod, also credited as Axel Roberts and Myron Mensah, was an American actor. He was primarily known for his voice work, which included Digimon, having started voice acting for the English-language versions of anime in 1980; providing the voice of Lord Zedd, the main antagonist of the Mighty Morphin Power Rangers; and Finster, the original Mighty Morphin Power Rangers monster maker. He also portrayed a Paul McCartney look-alike on the popular sitcom Family Matters, and later in his career appeared in several productions by comedy duo Tim & Eric. 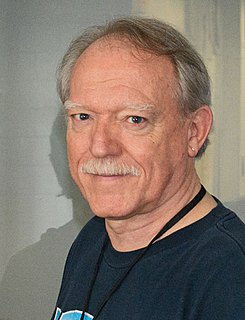 Michael D. McConnohie is an American voice actor, writer and director who has provided many voice roles in movies, anime, and video games. He and fellow actress Melodee Spevack run a production company called VoxWorks. Some of his major works include the Narrator on Bobobo-bo Bo-bobo and Hunter x Hunter, Azulongmon in Digimon, Gork in Masked Rider, Keiichi Ikari in Paranoia Agent, Rolf Emerson in Robotech, Manzou the Saw in Samurai Champloo, Cosmos and Tracks in Transformers, Hot Shot / Ironhide in Transformers: Robots in Disguise, D in Vampire Hunter D, Chief Inquisitor Margulis in Xenosaga and Charles zi Britannia in Code Geass.

Steven Mark Kramer is an American voice actor for many anime titles. He has also done voice acting for various Power Rangers series in the past, with the best-known of those roles being the voice of Darkonda in Power Rangers in Space. His wife, Melora Harte, is a voice actress. Kramer has also been credited as Steve Kraemer, Steven Kramer, Drew Levi Thomas, Drew Lexi Thomas, and Drew Thomas. Kramer is usually cast in the role of wise old men. He is also a voice director and script writer, adapting many anime and video games.

Thomas Fahn is an American voice actor. His sister and brother, Melissa Fahn and Jonathan Fahn, respectively, and wife, Dorothy Elias-Fahn, are also voice actors. He is known for his portrayals as Sho Fukamachi and Agumon. 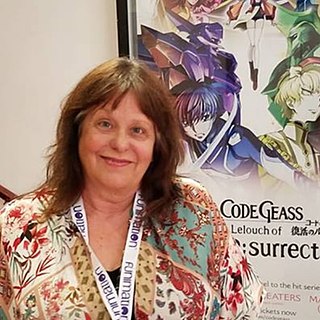 Rebecca Lynn Forstadt, also known as Reba West, is an American voice actress, best known for playing young female roles in various animated series. After studying theater at Orange Coast College, in Costa Mesa, California, Forstadt began her acting career by working at Knott's Berry Farm's Bird Cage Theater, performing melodramas, often as the damsel in distress character. Later, she went to Hollywood where she worked as a wardrobe mistress on such television shows as The White Shadow and Hill Street Blues, as well as for the film S.O.B.. She also spent several years doing live theater in the Los Angeles area. Most notably, she won some recognition for her portrayal of the character Josette in the world premiere of Eugène Ionesco's Tales for People Under 3 Years of Age at the Stages Theatre Center in 1982. She starred in several low-budget movies such as Mugsy's Girls, with Ruth Gordon and Laura Branigan, and Round Numbers with Kate Mulgrew, Samantha Eggar, and Shani Wallis. She also appeared as a television actress in Hill Street Blues, St. Elsewhere, and L.A. Law. Her voice acting breakthrough came when she landed the leading role of Lynn Minmei in the English version of Robotech, the popular anime series of the 1980s. Since then, she has voiced hundreds of other anime characters like Nunnally Lamperouge in Code Geass, Rika Furude in When They Cry and Tima from Metropolis and has branched into non-anime cartoons, live-action shows, commercials and radio work, and has performed background voices for movies such as Antz, Dr. Dolittle, and The Santa Clause. 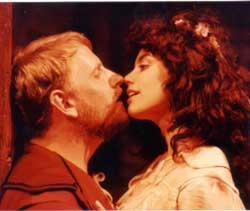 Edward Davies Frierson is an American voice actor and writer. He has provided voices for such films as Wreck-It Ralph, Hotel Transylvania, The Princess and the Frog, ParaNorman, Curious George, Tangled, the video games Medal of Honor: Airborne and Sengoku Basara: Samurai Heroes and the animated television series MÄR: Märchen Awakens Romance.

Simon Prescott is an American actor who is best known for his work in the anime and film industries. Notable roles include Chief Nakamura in Ghost in the Shell, Dr. Laughton in Metropolis and Aritomo Yamagata in Rurouni Kenshin'.