Tommy Brennan is a Scottish political activist and a former member of the Labour Party. [1] He is widely known for being the convenor of shop stewards at Ravenscraig steelworks and leader of the fight to try to save the Scottish steel industry in the 1980s and 1990s [2] until he was made redundant in 1991, shortly before Ravenscraig's infamous closure. [3] He worked at the plant for a total of 31 years. [4] [5]

When asked in 2013 to comment on the death of Margaret Thatcher, who had been accused of betraying steel workers in government, [8] Brennan said: "I have a simple philosophy in life that if you look at every bad situation you may find a little plus there. The one plus I could find about Thatcher was that she brought salmon back to the Clyde – she closed all the industry on either side of it so they couldn't pollute it." [9]

Brennan has re-emerged recently as a proponent of Scottish independence, ahead of the country's referendum. [10]

Scottish independence is the political movement for Scotland to become a sovereign state, independent from the United Kingdom. 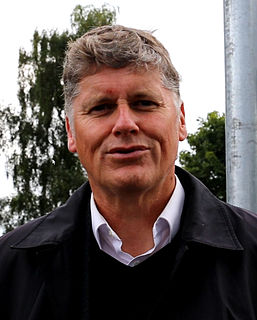 Tommy Sheridan is a former Scottish politician who was co-convenor of Solidarity, along with Rosemary Byrne until June 2016. 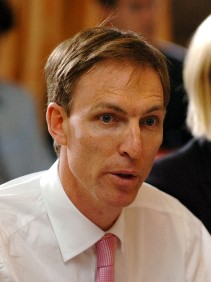 James Francis "Jim" Murphy is a Scottish former politician who was Leader of the Scottish Labour Party between 2014–15 and a Cabinet Minister in the UK Government. He was the Member of Parliament for East Renfrewshire from 1997 until he lost his seat in 2015.

Michael William Russell is a Scottish National Party (SNP) politician serving as Cabinet Secretary for Government Business and Constitutional Relations since 26 June 2018 and Member of the Scottish Parliament for Argyll and Bute. He is a professor of culture and governance at the University of Glasgow. He has previously worked as a television producer and director and the author of seven books. 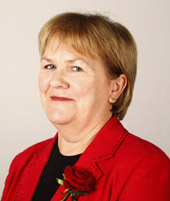 Johann MacDougall Lamont is a Scottish politician, who was the Leader of the Scottish Labour Party from 2011-2014. She served as a junior minister in the Labour-Liberal Democrat coalition Scottish Executive from 2004 until the coalition's defeat by the Scottish National Party (SNP) in 2007. She was subsequently elected deputy leader of the opposition Labour group of MSPs in 2008, and was elected to the leadership of the Scottish Labour Party in December 2011. She announced her resignation in October 2014, and following a leadership election to replace her, was succeeded by former Secretary of State for Scotland Jim Murphy in December 2014.

A referendum took place on Thursday 18 September 2014 on Scottish independence from the United Kingdom. The referendum question was, "Should Scotland be an independent country?", which voters answered with "Yes" or "No". The "No" side won with 2,001,926 (55.3%) voting against independence and 1,617,989 (44.7%) voting in favour. The turnout of 84.6% was the highest recorded for an election or referendum in the United Kingdom since the January 1910 general election, which was held before the introduction of universal suffrage. 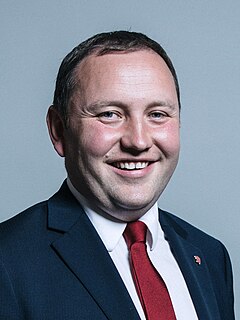 Ian Murray is a British Labour Party politician. He has been the Member of Parliament (MP) for Edinburgh South since the 2010 general election.

Yes Scotland was the organisation representing the parties, organisations, and individuals campaigning for a Yes vote in the 2014 Scottish independence referendum. It was launched on 25 May 2012 and dissolved in late 2014 after the campaign lost and Scotland voted against independence.

Better Together was the principal campaign for a No vote in the 2014 Scottish independence referendum, advocating Scotland continuing to be part of the United Kingdom. The organisation was formed in June 2012, operating until winning the vote on the referendum's polling day on 18 September 2014 with 2,001,926 (55.3%) voting against independence and 1,617,989 (44.7%) voting in favour. In June 2014, the campaign adopted a No Thanks branding, in relation to the referendum question.

Labour for Independence is a political organisation for Scottish Labour supporters and other believers in social justice who believe that Scottish independence will lead to a fairer society. It claimed to have 2,000 members across Scotland in June 2014. The organisation has been described as an "SNP front" and, following the September 2014 independence referendum, its founder Allan Grogan joined the Scottish Socialist Party.

The Radical Independence Campaign (RIC) is a political organisation established in 2012 to campaign for left-wing politics in an independent Scotland.

Jeane Tennent Freeman is a Scottish National Party (SNP) politician serving as Cabinet Secretary for Health and Sport since 26 June 2018. She previously served as Minister for Social Security from May 2016 to June 2018, having been elected as the Member of the Scottish Parliament (MSP) for Carrick, Cumnock and Doon Valley at the 2016 Scottish Parliament election.

The Scottish Socialist Party is a left-wing political party campaigning for the establishment of an independent socialist Scotland.

This page lists the public opinion polls that were conducted in relation to the 2014 Scottish independence referendum, that was held on 18 September 2014. Overall, polls showed that support for a "No" vote was dominant until the end of August 2014, when support for a "Yes" vote gained momentum and the gap closed significantly, with at least one poll placing the "Yes" vote ahead. In the final week of the campaign, polls showed the "No" vote to be consistently but somewhat narrowly ahead. There were no exit polls although a YouGov post-election poll was published shortly after the polls closed. For the history of the campaign itself see 2014 Scottish independence referendum, Yes Scotland, and Better Together (campaign).

Cybernat is a term used in the media of the United Kingdom to refer pejoratively to online supporters of Scottish independence and the Scottish National Party. 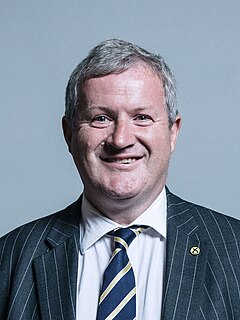 Ian Blackford is a Scottish politician serving as Leader of the Scottish National Party (SNP) in the House of Commons since 2017. He has been the Member of Parliament (MP) for Ross, Skye and Lochaber since 2015.

Tommy Sheppard is a Scottish National Party (SNP) politician who has been the Member of Parliament (MP) for Edinburgh East since May 2015. He is the SNP spokesperson on the Cabinet Office in the House of Commons. He is also known for founding The Stand Comedy Clubs in Edinburgh and Glasgow.

Andrew James Dunlop, Baron Dunlop is a British politician and life peer. From May 2015 to June 2017, he was the Under-Secretary of State for Scotland and Northern Ireland. He sits in the House of Lords on the Conservative benches.