Last updated March 18, 2021
This article is about the 2003 Rod Stewart compilation musical. For other uses, see Tonight's the Night (disambiguation).

Tonight's the Night is a jukebox musical based on the songs of British singer Rod Stewart with a book by Ben Elton. It opened in October 2003 at the Victoria Palace Theatre, and ran for just over a year.

A scaled down version of the musical toured the UK between February and July 2006, commencing at the Palace Theatre, Manchester. It was directed by C. Jay Ranger, with new sets, lighting, sound and costumes. 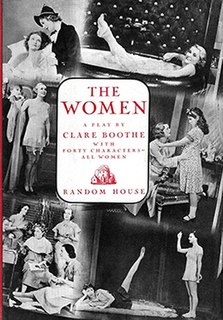 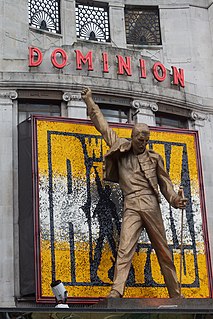 We Will Rock You is a jukebox musical based on the songs of British rock band Queen with a book by Ben Elton. The musical tells the story of a group of Bohemians who struggle to restore the free exchange of thought and fashion, and live music in a distant future where everyone dresses, thinks and acts the same. Musical instruments and composers are forbidden, and rock music is all but unknown. 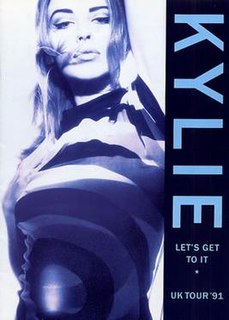 The Let's Get to It Tour was the fourth concert tour by Australian pop singer Kylie Minogue. As stated by Minogue herself in 1991, the tour was technically a continuation of the previous Rhythm of Love Tour which had already visited Australia and Asia. In addition to revising the setlist, she assembled a new band to work with her existing musical director and choreographer. Backed by her five dancers, Minogue mounted the tour in support of the album Let's Get to It.

The Rhythm of Love Tour was the third concert tour by Kylie Minogue, in support of her 1990 album Rhythm of Love. Beginning on 10 February 1991, the tour visited Australia and East Asia. 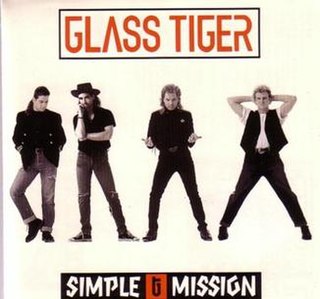 Simple Mission is the third album by Canadian band Glass Tiger. It was released by Capitol Records March 22, 1991.

This text is from the Furious Theatre Company website. Reprinted with permission.

Plain Clothes Theatre Productions is a Bristol-based theatre company producing contemporary plays from around the globe. Formed in 2003 by artistic director Sam Berger, the company has produced work in London, Bristol, Cheltenham, Toronto and Vancouver. Their work has included plays by Joe Orton, Laura Wade and David Mamet, and their style is based around the teachings of American acting coach Sanford Meisner.

Happy Now? is a British play by Lucinda Coxon, first staged at the National Theatre, London in 2008.

The Roll on the Red Tour was a concert tour by American rock band Red Hot Chili Peppers. The tour followed the band's hugely successful By the Way tour. During this tour the band recorded their first live album, Live in Hyde Park. Near the tour's end, the dates mainly consisted of benefit and tribute shows including the Bridge School Benefit and a tribute show to longtime friend, Johnny Ramone. The band's performance was released two years later on DVD as Too Tough to Die: A Tribute to Johnny Ramone. Ramone, who was too sick to attend the tribute, would pass away a three days after the tribute show. John Frusciante was among many famous friends and family to attend his funeral and memorial celebration. On March 17, 2015, the band released Cardiff, Wales: 6/23/04 a free MP3 download of the entire show through their website. 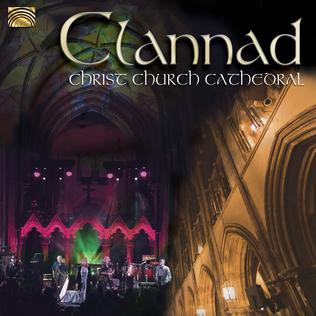 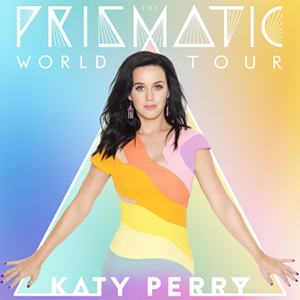 The Prismatic World Tour was the third concert tour by American singer Katy Perry, in support of her fourth studio album, Prism (2013). The tour began on May 7, 2014, in Belfast, Northern Ireland at the Odyssey Arena, concluding on October 18, 2015, in Alajuela, Costa Rica at Parque Viva after six legs. The Prismatic World Tour grossed more than $204.3 million from 149 shows with a total attendance of 1,984,503 between 2014 and 2015 and it is Perry's most successful tour to date. 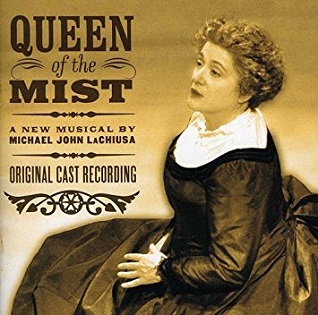 Queen of the Mist is a musical with music, lyrics and book by Michael John LaChiusa. Queen tells the story of Annie Edson Taylor. Produced by Transport Group Theatre Company, the musical first opened Off-Broadway in 2011. 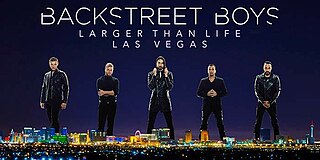 Backstreet Boys: Larger Than Life is the first concert residency by American vocal group Backstreet Boys, performed at Zappos Theater in the Planet Hollywood Resort & Casino in Las Vegas, Nevada. The show had its opening night on March 1, 2017, and was scheduled to close on April 27, 2019, to start the Backstreet Boys 11th world tour in May of the same year. Although, AJ McLean stated on the last night of their final show that they will return to Las Vegas after their DNA World Tour, around 2022 or most likely for their 30th anniversary (2023) after what's happened, but Brian Littrell confirmed that they're gonna sign a longterm deal once the tour is over. 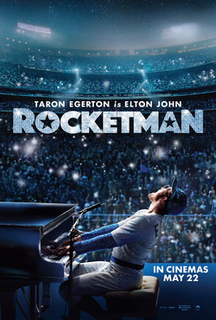 Rocketman is a 2019 biographical musical film based on the life of British musician Elton John. Directed by Dexter Fletcher and written by Lee Hall, it stars Taron Egerton as Elton John, with Jamie Bell as Bernie Taupin, Richard Madden as John Reid, and Bryce Dallas Howard as Sheila Eileen, John's mother. The film follows John in his early days in England as a prodigy at the Royal Academy of Music through his musical partnership with Taupin, and is titled after John's 1972 song "Rocket Man".

Only Fools and Horses The Musical is a 2019 British stage musical with book, music and lyrics by Paul Whitehouse and Jim Sullivan, with additional music by Chas Hodges and writer John Sullivan. It is based on John Sullivan's BBC television sitcom of the same name which began in 1981.

The Madame X Tour was the eleventh concert tour by American singer Madonna, in support of her fourteenth studio album Madame X (2019). Consisting of 75 dates, the all-theatre tour started on September 17, 2019, in New York City, and concluded on March 8, 2020, in Paris. The tour was managed by Maverick and Live Nation Entertainment. 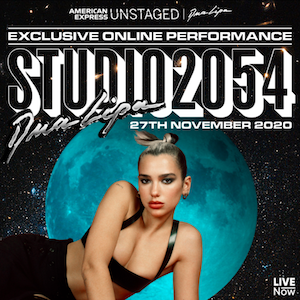 Studio 2054 was a livestream concert by English singer Dua Lipa in support of her second studio album, Future Nostalgia (2020). The concert took place in four live streams on 27 November 2020 as part of American Express' Unstaged series. After being forced to postpone the Future Nostalgia Tour due to the COVID-19 pandemic, Lipa arranged for the livestream in order to perform songs from the album live. She used the livestream to fuel her fascination with Studio 54. Lipa also enlisted the help of Angèle, Bad Bunny, The Blessed Madonna, Buck Betty, Elton John, FKA Twigs, J Balvin, Kylie Minogue, Miley Cyrus and Tainy as guest performers.