Tonight I Could Fall in Love

"Tonight I Could Fall in Love" is a song by American singer-songwriter Suzi Quatro, released as a non-album single in 1985. [2]

"Tonight I Could Fall in Love" was written by Richard Gower and was produced by English producer Mickie Most, the owner of RAK Records. It was Quatro's only 1985 release, which failed to enter the UK Top 100.

Following the limited success of the 1982 album Main Attraction , Quatro found herself without a label. During 1984, Quatro returned to London to record a new album, despite not having a record company. Quatro convinced Tuckey, her husband and collaborator, that they should go ahead with making an album, and then try to gain the interest of a label once it was completed. They booked RAK Studios for two weeks, with Quatro writing and Tuckey producing. Every single track recorded was original except for "Oh Suzi Q" which was written by Dale Hawkins. Quatro wrote one song about her daughter Laura, who was born in 1982, titled "Everything I Ever Wanted," while other songs recorded during the two-week session were "Pardon Me," "There She Goes," "I'm a Rocker," "Strange Encounters," Comes the Night," "Starry Night," Good Girl Looking for a Bad Time," (which was written for nanny Michelle), "Secret Hideaway" and "Just Like Mama," the latter which was from Quatro's first tour with Slade in 1972.

After the recording sessions, Quatro and Tuckey failed to secure a deal for the album, which remained unreleased until 1998 when it came out on the Connoisseur Collection label titled Unreleased Emotion. During the RAK studio sessions, Mickie Most would pop in and out assisting with the mixes, and it was decided for Quatro and Most to do a couple of songs together. "Tonight I Could Fall in Love" would be the single, coupled with "Good Girl (Looking for a Bad Time)" as the B-Side. [3] The only other song to see light from the sessions was "I'm a Rocker", which was the b-side to Quatro's previous 1984 single "I Go Wild". [4] [5]

The single received limited promotion overall and had no music video.

The single was released via 7" and 12" vinyl through RAK Records in the UK, the Netherlands and Germany only. [6] [7] [8] The single featured the b-side "Good Girl (Looking for a Bad Time)" which was written by Quatro and her guitarist/then husband Len Tuckey. It was also produced by Most. The b-side was exclusive to the single, although it would later appear on the 1998 Connoisseur Collection album Unreleased Emotion. The 12" vinyl was issued with the same b-side but an extended six-minute version of "Tonight I Could Fall in Love" as the featured song. [8]

Both 7" and 12" releases included artwork, a full colour picture sleeve, which featured a photograph of Quatro against some window blinds. The only difference between the artwork of the 7" and the 12" release, was that the blinds gave off blue light on the 7" vinyl release whilst it gave off a green colour on the 12" vinyl release. [1] The photography was handled by Paul Forrester, whilst Quatro's hair and make-up was done by Clancy Valentina. [9]

Following the original release as a non-album single, the song would later appear as a bonus track on the 2012 CD re-issue of the Unreleased Emotion album from 1998. Both "I Go Wild" and "Tonight I Could Fall in Love" were the two bonus tracks on the release. [10]

Lisa Torem of Penny Black Music reviewed the Unreleased Emotion album and spoke of the song. She stated "The album closes with the wonderful ballad, "Tonight I Could Fall in Love". Too late, we just did." For the song's b-side, she stated "Good Girl (Looking For a Bad Time) features Tuckey's swashbuckling lead and Suzi's saucy, school-of-hard-knocks attitude." [11] 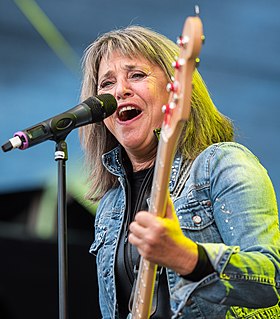 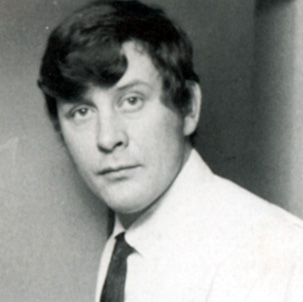 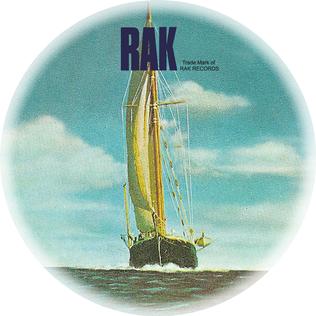 Rak Records is a British record label, founded by record producer Mickie Most in 1969. Rak was home to artists such as Herman's Hermits, Suzi Quatro, Mud, Kenny, Hot Chocolate, Smokie, Arrows, Span, Racey and Kim Wilde. Rak Records were distributed via a licensing deal with EMI Records, which bought the company and its master recordings from Most in 1983. Most kept the company name and his RAK Studios, which still exists in St. John's Wood along with Rak Publishing. The latter company represents artists such as Joan Jett, Ben Taylor and KK. In 1986, Most defected the label from EMI to PRT Records which handled the last releases until February 1988. Owing to the records not being hits, the label folded. However, 26 years later in late 2014, Rak Records was revived as a label for new artists releasing both downloads and 7-inch vinyl in the form of a singles club. The Cadbury Sisters, Trojanhorse, and Beautiful Boy were the new signings. They recorded their own original songs as the A-sides, and covered a classic Rak artists cover as the B-side. The Cadbury Sisters covered Steve Harley's 1975 classic "Make Me Smile ", Trojan Horse did Cozy Powell's "Dance With The Devil", and Beautiful Boy did "Kids In America". As PRT Records is no longer in existence, the label is now distributed by Gearbox Records using the original sailing yacht paper label and the records packaged in the original royal blue paper sleeves. 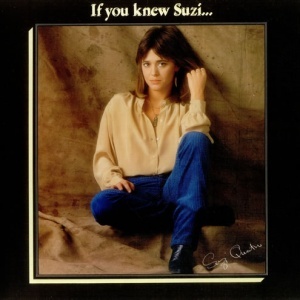 If You Knew Suzi... is the fifth regular studio album by Suzi Quatro, released at the end of 1978, but with a 1979 copyright date. By August 2012 this was still Quatro's highest-charting album in the United States. The album also yielded Quatro's biggest US single hit, a duet with Chris Norman named "Stumblin' In" (which reached number 4 in both The Billboard Hot 100 and the Billboard Adult Contemporary charts. It also had an advertising billboard on Sunset Boulevard.

"Barabajagal" is a song by British singer/songwriter Donovan Leitch, released by Donovan in 1969. It was later used as title track to the album Barabajagal. The instrumental backing is provided by The Jeff Beck Group.

Michael Donald Chapman is an Australian record producer and songwriter who was a major force in the British pop music industry in the 1970s. He created a string of hit singles for artists including The Sweet, Suzi Quatro, Smokie, Mud and Racey with business partner Nicky Chinn, creating a sound that became identified with the "Chinnichap" brand. He later produced breakthrough albums for Blondie and The Knack. Chapman received a Medal of the Order of Australia (OAM) in the 2014 Australia Day Honours.

"Touch Too Much" is a 1974 top 10 UK Singles Chart hit by the band Arrows, sung by Arrows lead vocalist Alan Merrill, and composed by Mike Chapman and Nicky Chinn. Merrill told Songfacts that the song was turned down by David Cassidy, Suzi Quatro and Sweet. 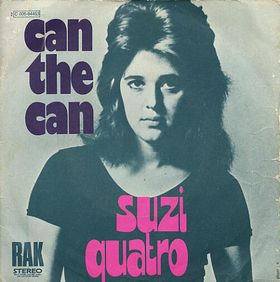 "Can the Can" is the second solo single by Suzi Quatro and her first to reach number one in the UK, spending a single week at the top of the chart in June 1973. It also reached number one on the European and Australian charts in whose market Quatro achieved her most consistent success throughout her career as a recording artist. The single belatedly became a hit in the US peaking at number 56 on the Billboard Hot 100 in 1976. It was re-released as a B-side single in 1984, but this time it failed to chart. The single hit the charts again in 1987 in the UK at number 87, it also appeared on her 1995 album What Goes Around.

The Pleasure Seekers was a 1960s-era, all-female pop band from Detroit, Michigan. The band morphed into Cradle, changing direction musically. They are known due in large part to the later prominence of band member Suzi Quatro.

Quatro is Suzi Quatro's second album released in October 1974 from Rak Records as SRAK 509., with the exception of the United States and Canada where the record was released under Bell Records, in Japan the album was released under EMI Records, and in several territories in Europe it was released from Columbia Records.

Suzi Quatro is the debut solo studio album by the American singer-songwriter and bass guitarist of the same name. The LP was originally released in October 1973, by the record label Rak in most territories. The album was released under Bell Records in the United States and Canada, EMI Records in Japan, and Columbia Records in some European countries. It was titled Can the Can in Australia. 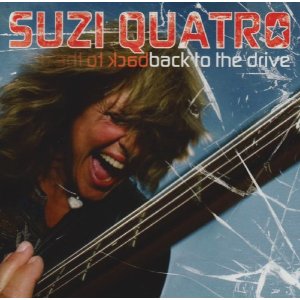 Back to the Drive is an album by Suzi Quatro. Released in March 2006, it was her comeback album, and her first since 1990's Oh Suzi Q. and her eleventh studio album. Produced by Sweet guitarist Andy Scott and Steve Grant, it was overseen by veteran producer Mike Chapman and featured backing vocals by Shirlie Roden, and ex-husband Len Tuckey on guitar, including her daughter Laura Quatro duetting with her on the download-only single "I'll Walk Through the Fire With You". 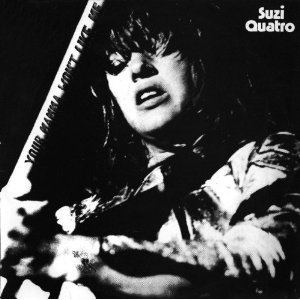 Your Mamma Won't Like Me is the third studio album by Suzi Quatro. Released in May 1975 by record label Rak in most countries, in the US the album was released through Arista Records instead of Bell Records which distributed Quatro's first two previous releases in that country. The LP marked a change in the hard rock sound from the singer's previous albums Suzi Quatro and Quatro, instead displaying a more funk-oriented rock sound. 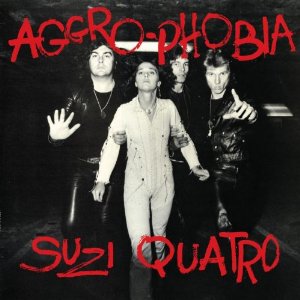 Aggro-Phobia is the fourth studio album by Suzi Quatro, recorded in the Autumn of 1976. It is the only one of her albums to be co-produced by Mickie Most. 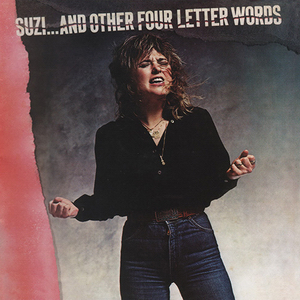 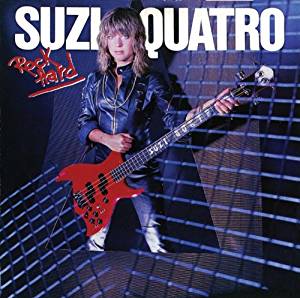 Rock Hard is the seventh solo studio album by the American rock singer-songwriter and bass guitarist Suzi Quatro. It was originally released in October 1980, and was her first and only release by the record label, Dreamland. The album was recorded over a period of one month in 1980, at United Western Studios, in Hollywood. It features three prolific guest backing vocalists, including Paul Delph, Michael Des Barres, and Andrea Robinson. It is notably her last album to chart anywhere for twenty-six years, until she released Back to the Drive, in 2006. The album featured the songs "Rock Hard", "Glad All Over", and "Lipstick" which were all released as singles. The aforementioned title track was a commercial success, peaking at Number 9 in Australia, but only peaked at #68 in the UK, while "Lipstick" was only a moderate success peaking at #46 in Australia, and at #51 in US. "Glad All Over", a cover version of a song originally by The Dave Clark Five, unlike the other singles was the only one to chart in Belgium, peaking at #25. 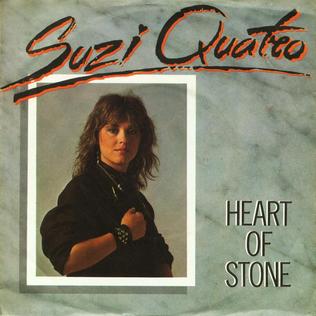 "Heart of Stone" is the twenty-sixth solo single by the American rock singer-songwriter and bass guitarist Suzi Quatro. It was originally released in October 1982, as the lead single from her eighth studio album, Main Attraction, only in the UK and Spain, and was also her first single release by the record label, Polydor. It was co-written by Quatro and keyboardist Chris Andrews, the latter of whom also co-produced it. The single release features the song "Remote Control" as the B-side, which also appeared on the Main Attraction album.