Tony Meola's Sidekicks Soccer is a traditional soccer (football) simulation video game released for the Super Nintendo Entertainment System in 1993. It is named after US goalkeeper Tony Meola. It went under several names in different markets, such as Super Copa in Latin America and Ramos Rui no World Wide Soccer (ラモス瑠偉のワールドワイドサッカー) in Japan (endorsed by Ruy Ramos).

The teams in the game include various national teams and some unlicensed club teams from Europe, Japan and America. Players can play with teams from different parts of the United States, including Miami, Los Angeles, Sacramento.

Mode 7 is used to achieve a pseudo-3D effect similar to that of Sculptured Software's previous NCAA Basketball . There are various options and features; including a variety of soccer formations, corner kicks, and the ability to alter each team's roster.

Yoshi is a fictional dinosaur who appears in video games published by Nintendo. Yoshi debuted in Super Mario World (1990) on the Super Nintendo Entertainment System as Mario and Luigi's sidekick. Yoshi later starred in platform and puzzle games, including Super Mario World 2: Yoshi's Island, Yoshi's Story, Yoshi's Woolly World, and Yoshi's Crafted World. Yoshi also appears in many of the Mario spin-off games, including Mario Party and Mario Kart, various Mario sports games, and Nintendo's crossover fighting game series Super Smash Bros. Yoshi belongs to the species of the same name, which is characterized by their variety of colors.

Antonio Michael "Tony" Meola is an American former soccer goalkeeper who represented the United States national team at the 1990, 1994, and 2002 World Cups. From 1996 to 2006, he played in Major League Soccer, the U.S. top soccer division, where he obtained multiple honors. He is currently a radio host on SiriusXM FC. 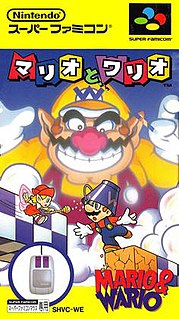 Mario & Wario is a Mario side-scrolling puzzle video game designed by Satoshi Tajiri and developed by Game Freak for the Super Famicom console. The game was released in Japan on August 27, 1993 and requires the Super Famicom Mouse accessory to play. It is notable for being the first Mario game not released overseas. Despite being a Japan-only release, the game is entirely in English.

Super Sidekicks is a series of soccer video games made by SNK for its console, the Neo-Geo. 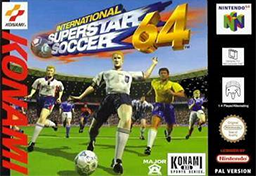 Earth Defense Force is a 1991 horizontal scrolling shooter video game developed and published by Jaleco. Originally an arcade game, the game was later released for the Super Nintendo Entertainment System as Super Earth Defense Force, dropping the two-player cooperative gaming mode while adding graphics and selectable weapons. The SNES version was released in Japan on October 25, 1991, and in North America in January 1992. The SNES version was eventually released on the Wii Virtual Console in Europe on October 29, 2010, in Japan on January 11, 2011, and in North America on July 14, 2011. It is included in Nintendo Switch SNES Online as of September 5, 2019.

Pack-In-Video Co., Ltd., also known as Pack-In-Soft, was a Japanese video game publisher and video distributor. The games published were mostly focused on the Japanese market although a few titles have been published abroad. In October 1996 the company was merged with the video game division of Victor Entertainment and became Victor Interactive Software. 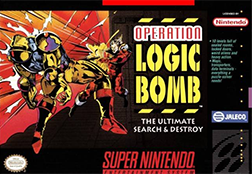 Operation Logic Bomb: The Ultimate Search & Destroy, known in Japan as Ikari no Yōsai is a 1993 overhead action video game developed and published by Jaleco for the Super NES/Famicom. It was first released in Japan on April 23, 1993, and later in North America in September 1993. It is the second sequel to the Game Boy game Fortified Zone, following the Japan-only Game Boy sequel Ikari no Yōsai 2. Although the Japanese version shares the same title as the original Game Boy game, it is not a remake. It was later re-released as BS Ikari no Yōsai on the Satellaview system. 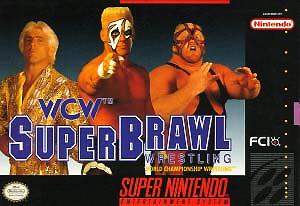 WCW SuperBrawl Wrestling is a professional wrestling video game published by FCI, Inc. for the Super Nintendo Entertainment System in 1994. The third World Championship Wrestling (WCW) video game, it is named after the pay-per-view SuperBrawl. It was the only WCW game to be released on the Super NES, and the last to be produced by FCI, Inc.

Cyber Spin is a futuristic racing video game that was released in 1992 to Japan and North America for the Super NES. It is known in Japan as Shinseiki GPX: Cyber Formula which is based on the anime Future GPX Cyber Formula, and because of that, it has the proper license to use the characters from the anime.

International Superstar Soccer is a football video game developed by Konami for the Super Nintendo Entertainment System. It is known as the best soccer game available for any 16-bit systems, mostly due to its lifelike approach, innovative for the time, that showed diversified players in the same team, with an adult look and back numbers on their respective jerseys, corresponding to real-life players of the time.

Zico Soccer from Electronic Arts is a Super Famicom football management video game that allows players to become the head coach of an international football team; it was named after the Brazilian midfielder Zico, who at the time was playing for Japanese team Kashima Antlers. The game is mostly in the Japanese language although some words are in the English language.

GP-1 is a motorcycle racing game developed by Genki and published by Atlus for the SNES, which was released in 1993. 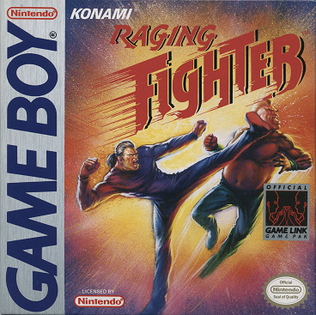 Raging Fighter is a 1993 fighting video game developed and published by Konami for the Nintendo Game Boy. It was first released in Japan on March 26, 1993, and later released in North America and Europe in June 1993. 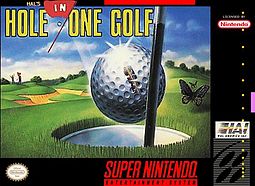 HAL's Hole in One Golf, known in Japan as Jumbo Ozaki no Hole In One, is a Super NES video game that was released in 1991. 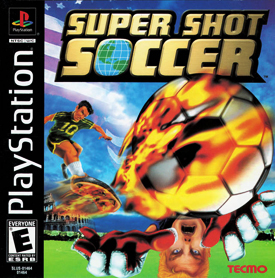 Super Shot Soccer, known in Japan as Bakuretsu Soccer, is a 2002 soccer simulation video game, which was developed and published by Tecmo for the PlayStation. It is Tecmo's second and last soccer game released for the PlayStation, after J-League Soccer: Jikkyō Survival League.

The 1989 version of Where in Time Is Carmen Sandiego? is a multiplatform video game where players have to travel through time to collect the clue and the warrant necessary to capture Carmen Sandiego or one of her henchmen. The goal of this game is to track Carmen's villains through history and arrest them and ultimately arrest Carmen herself.