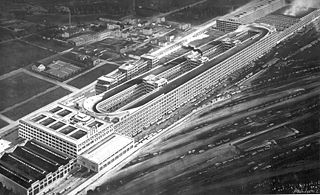 Lingotto is the name of a district of Turin, Italy, as well as the name of the Lingotto building in Via Nizza. It once housed a car factory built by Italian automotive company Fiat and today houses the administrative headquarters of the manufacturer and a multipurpose centre projected by architect Renzo Piano. 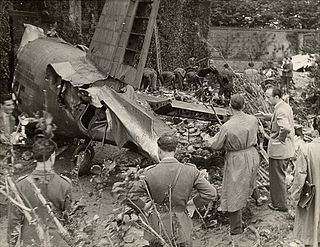 The Superga air disaster occurred on 4 May 1949, when a Fiat G.212 of Avio Linee Italiane, carrying the entire Torino football team, crashed into the retaining wall at the back of the Basilica of Superga, which stands on a hill on the outskirts of Turin. All thirty-one people on the flight died. 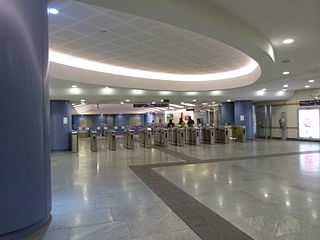 The Turin Metro is the modern VAL rapid transit system serving Turin. It is operated by Gruppo Torinese Trasporti (GTT), a public company controlled by the municipality of Turin. The system comprises one 13.2-kilometre (8.2 mi) line with 21 stations connecting Fermi station in Collegno with the Lingotto multifunctional centre in Turin.

Higashi Shinminato Station is a city tram station located on the Shinminatokō Line in Imizu, Toyama Prefecture, Japan. This station is unmanned.

The Turin Museum of Natural History was established in 1978 to house the natural history collections of the University of Turin and other collections of natural history, originated from specific research campaigns and donations. It is located at 36 Via Giolitti, Turin, in a 17th-century building which used to be the hospital of San Giovanni Battista.

The Palatine Gate is a Roman Age city gate located in Turin, Italy. The gate provided access through the city walls of Julia Augusta Taurinorum from the North side and, as a result, it constituted the Porta Principalis Dextra of the old town.

Superga is a hill situated on the south bank of the river Po to the east of Turin in north-west Italy. At 672 metres (2,205 ft) above sea level, it is one of the most prominent of the hills that ring the city. 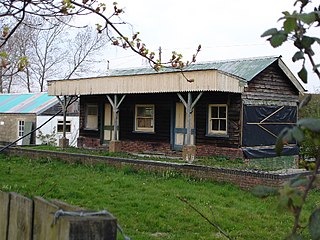 High Halden Road is a disused railway station on the defunct Kent and East Sussex Railway which closed in 1954. The station building and platform still survives as farm offices beside the A262 road.

The Gruppo Torinese Trasporti (GTT) is a public benefit corporation responsible for public transportation in the provinces of Alessandria, Cuneo, Asti and the Metropolitan City of Turin. It was created in 2003 from the merge of ATM and SATTI, the latter responsible for railway connection in the province of Turin as well as for the Turin metro. GTT is now wholly owned by the Turin City Hall.

The Ferrovia Torino-Ceres is a commuter railroad in the Metropolitan City of Turin which is currently managed by the Gruppo Torinese Trasporti (GTT).

Turin is a city and an important business and cultural centre in northern Italy. It is the capital city of Piedmont and of the Metropolitan City of Turin, and was the first Italian capital from 1861 to 1865. The city is mainly on the western bank of the Po River, below its Susa Valley, and is surrounded by the western Alpine arch and Superga Hill. The population of the city proper is 866,425 while the population of the urban area is estimated by Eurostat to be 1.7 million inhabitants. The Turin metropolitan area is estimated by the OECD to have a population of 2.2 million.

The Royal Library of Turin is a library located within the ground floor of the Royal Palace of Turin, itself a World Heritage Site in Turin, Italy.

The Centre of Advanced Studies on Contemporary China (CASCC) is a research institute headquartered in Torino, Italy. It is incorporated as a private foundation, established by the University of Torino, the University of Eastern Piedmont, the Politecnico of Torino, the Italian Ministry of Foreign Affairs and several other public and private institutions. The CASCC has strong collaboration with the China-EU Law School.

The Caffè Fiorio is a historic café in Turin, northern Italy, located at Via Po 8. 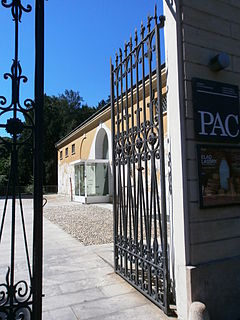 Padiglione d'Arte Contemporanea (PAC) is a contemporary art space in Milan, Italy. It is located on via Palestro, next to the Galleria d'Arte Moderna, and across from the Giardini Pubblici Indro Montanelli. 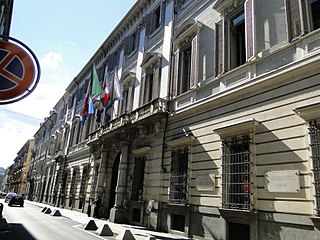 Torino Porta Milano, also referred to as Torino Ponte Mosca or Cirié-Lanzo, was a railway station in Turin, northern Italy.

The Turin Civic Gallery of Modern and Contemporary Art is an art gallery in Turin, Italy, founded in 1891-1895 and sited at 31 via Magenta 31. With the MAO, Palazzo Madama e Casaforte degli Acaja, the Borgo and the Rocca medioevali, it forms part of the Fondazione Torino Musei. The lower rooms house important reviews and a large collection of video art.