Tour de Serbie is a road bicycle race held annually in Serbia. First held in 1939, since 2005 it has been ranked 2.2 on the UCI Europe Tour. 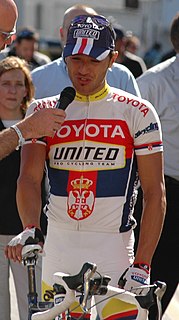 Ivan Stević is a Serbian former professional road bicycle racer. He turned professional in 2005, riding for the Aerospace Engineering-VMG squad, before joining Toyota-United in 2006, the year he won the road race at the Serbian National Road Championships. 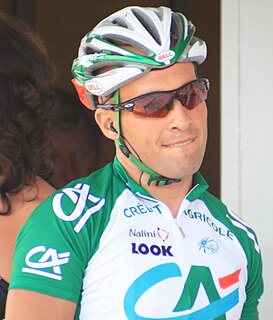 Alexander Khatuntsev is a Russian former professional road bicycle racer. For his final season as a professional in 2012, he rode for UCI Professional Continental Team RusVelo. Khatuntsev has also rode for Unibet.com and Tinkoff Credit Systems.

Nippo–Vini Fantini–Faizanè was a UCI Professional Continental cycling team based in Italy. The team was founded as Centri della Calzatura–Partizan in 2008.

Christina Watches–Dana was a Danish professional cycling team based in Herning that competed on the UCI Continental Circuits. The captain of the team was Michael Rasmussen, who won the climbers jersey at the 2005 and 2006 Tour de France, until he ended his career in early 2013.

Nebojša Jovanović is a Serbian professional road bicycle racer. He was the National Road Race Champion for Serbia and Montenegro in 2004.

Torku Şekerspor was a Turkish professional cycling team, based in Konya, Central Anatolia.They folded after the 2018 season. The team was sponsored by the local sugar and chocolate industries. It is part of the Konya Anadolu Selçukspor organisation, a Turkish TFF Second League football team. 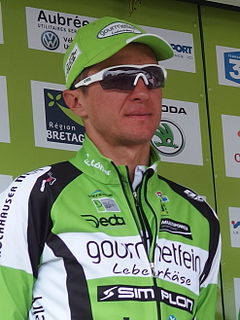 Matija Kvasina is a Croatian racing cyclist, who most recently rode for UCI Continental team Team Felbermayr–Simplon Wels. He finished 56th in the road race and 38th in the road time trial at the 2008 Summer Olympics in Beijing. In 2017, Kvasina was given a four-year doping suspension after a positive drugs test at that year's Flèche du Sud.

Oleksandr Oleksandrovych Fedenko is a retired Ukrainian cyclist. He competed in four road and track events at the 1996 and 2000 Summer Olympics and won a silver medal in the 4000 m team pursuit in 2000. In this discipline his team finished in seventh place at the 1996 Games and won two world titles in 1998 and 2001. 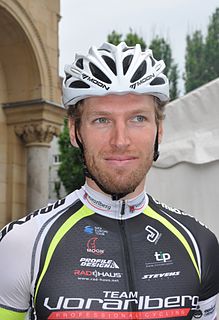 Žolt Dér is a Serbian-born Hungarian racing cyclist. He rode at the 2014 UCI Road World Championships. 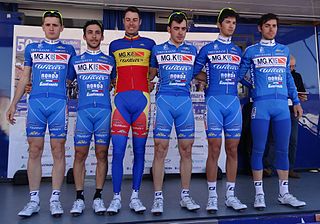 Minsk Cycling Club is a Belarusian UCI Continental team founded in 2014, that competes on the road and track.

Yauhen Sobal is a Belarusian cyclist, who currently rides for UCI Continental team Minsk Cycling Club. He competed in the points race at the 2004 Summer Olympics.

Mikoš Rnjaković is a Serbian former cyclist. He competed in two events at the 1992 Summer Olympics as an Independent Olympic Participant. He won the Tour de Hongrie in 2001.