Often in music, the transition is the middle section or formal function, while the main theme is the beginning, and the subordinate theme is the ending. [2] It may traditionally be a part of the sonata form's exposition in which the composer modulates from the key of the first subject to the key of the second, though many Classical era works move straight from first to second subject groups without any transition.

For example, transition may be defined as different from a subordinate theme (rondo form) or a developmental core. [3]

In sonata form, a retransition (the transition to the recapitulation) is the last part of the development section which prepares for the return of the first subject group in the tonic, most often through a grand prolongation of the dominant seventh.

In music theory, prolongation is the process in tonal music through which a pitch, interval, or consonant triad is able to govern spans of music when not physically sounding. It is a central principle in the music-analytic methodology of Schenkerian analysis, conceived by Austrian theorist Heinrich Schenker.

In music, a coda is a passage that brings a piece to an end. Technically, it is an expanded cadence. It may be as simple as a few measures, or as complex as an entire section.

Rondo and its French part-equivalent, rondeau, are words that have been used in music in a number of ways, most often in reference to a musical form but also to a character type that is distinct from the form. 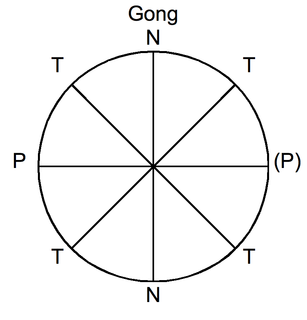 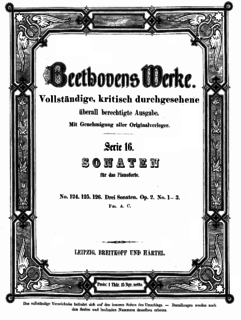 Beethoven's Piano Sonata No. 1 in F minor, Op. 2, No. 1, was written in 1795 and dedicated to Joseph Haydn. A typical performance of the entire work lasts about 17 to 20 minutes. 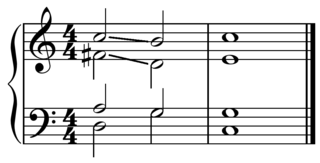 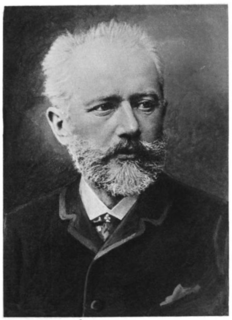 Pyotr Ilyich Tchaikovsky struggled with sonata form, the primary Western principle for building large-scale musical structures since the middle of the 19th century. Traditional Russian treatment of melody, harmony and structure actually worked against sonata form's modus operandi of movement, growth and development. Russian music—the Russian creative mentality as a whole, in fact—functioned on the principle of stasis. Russian novels, plays and operas were written as collections of self-contained tableaux, with the plots proceeding from one set-piece to the next. Russian folk music operated along the same lines, with songs comprised as a series of self-contained melodic units repeated continually. Compared to this mindset, the precepts of sonata form probably seemed as alien as if they had arrived from the moon.

William E. Caplin is an American music theorist who lives and works in Montreal, Quebec, Canada, where he is a James McGill Professor at the Schulich School of Music of McGill University. Caplin served as president of the Society for Music Theory from 2005 to 2007 and was its vice-president from 2001 to 2003. His earlier work concentrated on the history of music theory, but he is best known for a series of articles and two books on musical form in European music around 1800. The first of those books, Classical Form: A Theory of Formal Functions for the Music of Haydn, Mozart, and Beethoven has been widely influential and was a major factor in the revival of interest in musical form in North-American music theory.

For music of the Classical period, "interpolation" is defined in the context of a musical sentence or period as "unrelated material inserted between two logically succeeding functions".