Last updated April 06, 2021
This article is about the musical refrain form. For the late-18th-century operatic form type, see Rondò. For other uses, see Rondo (disambiguation).

Rondo is an instrumental musical form [1] introduced in the Classical period.

The English word rondo comes from the Italian form of the French rondeau, which means "a little round". [2]

In rondo form, a principal theme (sometimes called the "refrain") alternates with one or more contrasting themes, generally called "episodes", but also occasionally referred to as "digressions" or "couplets". Possible patterns in the Classical period include: ABA, ABACA, or ABACABA. [9] These are sometimes designated "first rondo", "second rondo", and "third rondo", respectively. The first rondo is distinguished from the three-part song form principally by the fact that at least one of the themes is a song form in itself, but the difference in melodic and rhythmic content of the themes in rondo form is typically greater than in song form, and the accompanimental figuration in the parts of the rondo (unlike the song form) is usually contrasted. [10] The number of themes can vary from piece to piece, and the recurring element is sometimes embellished and/or shortened in order to provide for variation. Perhaps the best-known example of rondo form is Beethoven's "Für Elise", an ABACA rondo.

The pattern of repeats, however, in 18th-century ballet music, that is, in music intended specifically for dancing rather than listening, is often not predictable. An instructive example comes from the pasticcio pantomime ballet Le peintre amoureux de son modèle (around 1760s), extant in the Ferrère manuscript (F-Po Rés. 68)[ incomplete short citation ]. The final contredanse générale, for example, which was taken from J.-P. Rameau's Les fêtes d'Hébé and which was to be played en rondeau, has a repeat structure of AA [BBACCA] × 4 (that is, after the initial AA, the sequence BBACCA is repeated four times).[ citation needed ]

A Baroque predecessor to the rondo was the ritornello. Ritornello form was used in the fast movements of baroque concertos and in many baroque vocal and choral works. The ripieno ( tutti ) plays the main ritornello theme, while soloists play the intervening episodes. As typical of Baroque continuo playing, in the tutti sections the soloists also play as part of the ensemble; while in the solo sections most of the remaining instruments in the ensemble may stop, in order to provide some transparency to the soloist(s), or may be used sparsely (in either case, the solos are accompanied thoroughly or punctuated by a harpsichord or the like, together with a violoncello da gamba or the like). [11] While Rondo form is similar to ritornello form, it is different in that ritornello brings back the subject or main theme in fragments and in different keys, but the rondo brings back its theme complete and in the same key. Cedric Thorpe Davie is one author, however, who considers the ritornello form the ancestor, not of the rondo form, but of the classical concerto form (which also occurs, as a form, in many a classical-era aria). [12]

A common expansion of rondo form is to combine it with sonata form, to create the sonata rondo form. Here, the second theme acts in a similar way to the second theme group in sonata form by appearing first in a key other than the tonic and later being repeated in the tonic key. Unlike sonata form, thematic development does not need to occur except possibly in the coda. The last movement of Beethoven's Sonata Pathétique is an example of a sonata rondo. [8]

Rondo as a character-type (as distinct from the form) refers to music that is fast and vivacious – normally Allegro . Many classical rondos feature music of a popular or folk character. Music that has been designated as "rondo" normally subscribes to both the form and character. On the other hand, there are many examples of slower, reflective works that are rondo in form but not in character; they include Mozart's Rondo in A minor, K. 511 (marked Andante).

A well-known operatic vocal genre of the late 18th century, referred to at that time by the same name but distinguished today in English and German writing by the differently accented term "rondò" is cast in two parts, slow-fast. [7] 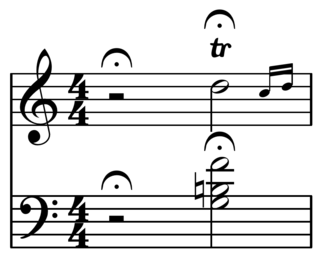 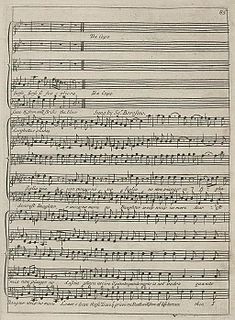 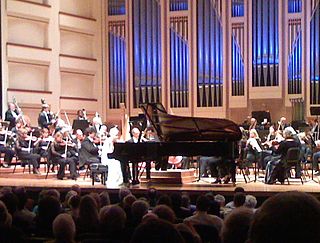 A sonatina is a small sonata. As a musical term, sonatina has no single strict definition; it is rather a title applied by the composer to a piece that is in basic sonata form, but is shorter and lighter in character, or technically more elementary, than a typical sonata. The term has been in use at least since the late baroque; there is a one-page, one-movement harpsichord piece by Handel called "Sonatina". It is most often applied to solo keyboard works, but a number of composers have written sonatinas for violin and piano, for example the Sonatina in G major for Violin and Piano by Antonín Dvořák, and occasionally for other instruments, for example the Clarinet Sonatina by Malcolm Arnold.

The Piano Concerto No. 2 in B-flat major, Op. 19, by Ludwig van Beethoven was composed primarily between 1787 and 1789, although it did not attain the form in which it was published until 1795. Beethoven did write a second finale for it in 1798 for performance in Prague, but that is not the finale that was published. It was used by the composer as a vehicle for his own performances as a young virtuoso, initially intended with the Bonn Hofkapelle. It was published in December 1801 as Op. 19, later than the publication in March that year of his later composition the Piano Concerto No. 1 in C major as Op. 15, and thus became designated as his second piano concerto.

Sonata cycle has three uses in western classical music. It can be used in the concerto, symphony or solo sonata. It's a multi-movement structure. 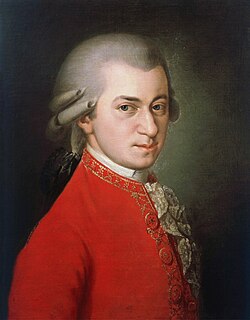 Wolfgang Amadeus Mozart wrote 23 original concertos for piano and orchestra. These works, many of which Mozart composed for himself to play in the Vienna concert series of 1784–86, held special importance for him. 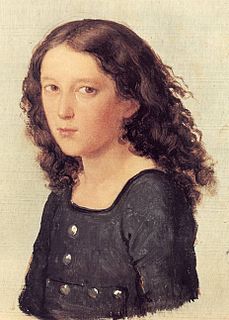