The Transport Holding Company (THC) was a British Government-owned company created by the Transport Act 1962 to administer a range of state-owned transport, travel and engineering companies that were previously managed by the British Transport Commission (BTC). It came into existence on 1 September 1962, [lower-roman 3] with certain assets of the BTC vested in it on 1 January 1963. [lower-roman 2]

The THC's assets were very varied, reflecting its role as the manager of those investments that did not fit elsewhere in the post-1962 structure of nationalised transport. There were essentially six areas of activity:

With the coming into effect of the Transport Act 1968 on 1 January 1969, the THC's road transport and shipping interests passed to the National Bus Company, the National Freight Corporation and the Scottish Transport Group. Its remaining assets were privatised and the company dissolved in the early 1970s.

The following companies passed to the THC in 1963:

The THC also had a shareholding in the following coach companies (the remaining shares were owned by British Electric Traction):

In October 1967 the THC purchased one of the largest remaining independent bus operators:

In March 1968, as the Transport Act 1968 was passing through parliament, British Electric Traction decided to sell its bus operations to the THC:

THC already had a minority shareholding in many of the BET companies through shares purchased by the mainline railway companies in 1929–1930, which had passed to the state on the nationalisation of British Railways. The acquisition of the BET companies led to the THC gaining 100% of Black and White, County Motors, Samuelson's and Timpson's 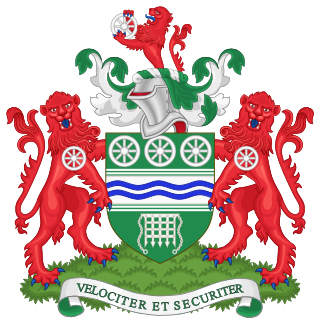 The British Transport Commission (BTC) was created by Clement Attlee's post-war Labour government as a part of its nationalisation programme, to oversee railways, canals and road freight transport in Great Britain. Its general duty under the Transport Act 1947 was to provide an efficient, adequate, economical and properly integrated system of public inland transport and port facilities within Great Britain for passengers and goods, excluding transport by air.

The Scottish Bus Group (SBG) was a state-owned group of bus operators covering the whole of mainland Scotland. 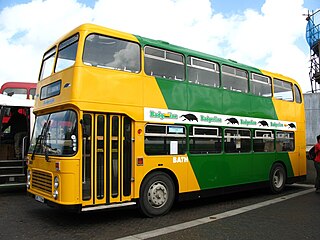 Badgerline was a bus operator in and around Bristol from 1985 until 2003. Its headquarters were in Weston-super-Mare. Initially a part of the Bristol Omnibus Company, it was privatised in September 1986 and sold to Badgerline Holdings in a management buyout. It went on to purchase a number of bus companies in England and Wales. In November 1993, Badgerline Group was listed on the stock exchange and, on 16 June 1995, it merged with the GRT Group to form FirstBus. 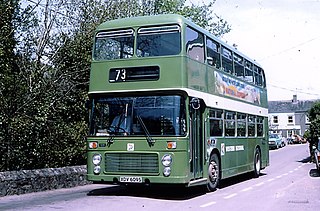 Yorkshire Traction was a bus operator in Yorkshire that operated from 1902 until 2005.

London Country Bus Services was a bus company that operated in South East England from 1970 until 1986, when it was split up and later sold as part of the bus deregulation programme.

Hants & Dorset Motor Services was a stage carriage bus service operator in southern England between 1920 and 1983.

Scottish Motor Traction (SMT) was founded in Edinburgh in 1905 by William Johnston Thomson. It operated buses in much of central Scotland. Aside from its traditional bus operations, it operated an air taxi service with a De Havilland Fox Moth between 18 July and 31 October 1932 and for many years owned Dryburgh Abbey Hotel. Following legislation, which allowed railway companies to invest in bus operators, the London & North Eastern Railway and London, Midland & Scottish Railway took a major stake in SMT in 1929. In 1930, following the takeover of another operator, SMT started its Edinburgh to London express coach service. SMT also acquired control of Walter Alexander & Sons bus services and coachbuilding operations, the Alexander family joining the SMT board. 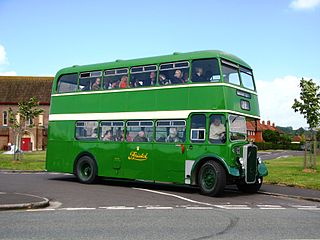 The Bristol Omnibus Company was a dominant bus operator in Bristol, and was one of the oldest bus companies in the United Kingdom. It ran buses over a wide area of Gloucestershire, Somerset, Wiltshire and neighbouring counties. 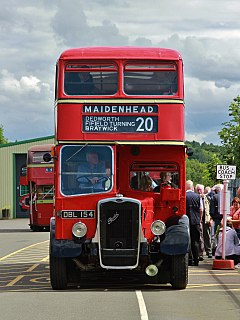 Thames Valley Traction Company Limited was a major bus company operating services to and from Reading, Bracknell, Maidenhead, Newbury, High Wycombe and Oxford and surrounding areas for 52 years in the 20th century. For many years it ran the "Reading A" and "Reading B" limited-stop services between London's Victoria Coach Station and Reading via two differing sets of intermediate stops.

Red & White Services was a bus company operating in south east Wales and Gloucestershire, England between 1929 and 1978. 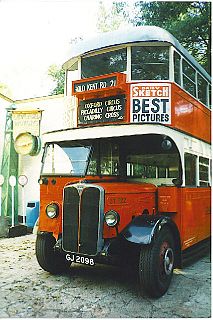 The Tilling Group was one of two conglomerates that controlled almost all of the major bus operators in the United Kingdom between World Wars I and II and until nationalisation in 1948.

Buses play a major role in the public transport of the United Kingdom, as well as seeing extensive private use. While rail transport has increased over the past twenty years due to road congestion, the same does not apply to buses, which have generally been used less, apart from in London where their use has increased significantly. Bus transport is subsidised, with subsidies including concessionary travel accounting for around 45 per cent of operator revenue, especially in London. In 2014/15, there were 5.20 billion bus journeys in the UK, 2.4 billion of which were in London. The UK bus network has shrunk by 8% over the past decade due to government subsidy cuts and a reduction in commercial operations in the north of England.

The Oxford to London coach route is an express coach route between Oxford and London along the M40 motorway. The Oxford Tube, which is operated by Stagecoach West, runs up to five coaches an hour via Lewknor, Hillingdon and Shepherd's Bush, terminates on Buckingham Palace Road, Victoria. The X90, which was operated by the Oxford Bus Company, used to run up to two coaches an hour via Baker Street and terminate on Buckingham Palace Road. The X90 service was withdrawn in January 2020, with the reasons stated being reducing passenger numbers, traffic congestion, and competition from railway services. 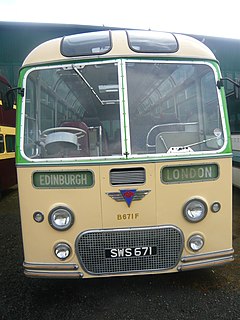 Scottish Omnibuses Ltd. (SOL) was a company set up by the British Transport Commission on 4 April 1949 to take over the bus and coach operations of Scottish Motor Traction (SMT) and its subsidiaries under the nationalisation provisions of the Transport Act 1947. SMT itself remained in private hands, continuing its motor sales, service and insurance businesses. SOL took over the holding of SMT's former subsidiary companies, while those buses and coaches it operated directly continued to use the SMT brand until the early 1960s, when, after a brief flirtation with "Scottish", the fleet name "Eastern Scottish" was adopted.