tripleC: Communication, Capitalism & Critique is a biannual peer-reviewed open access academic journal covering communication studies, media studies, sociology of technology/communication/media/culture, critical digital sociology, information science/studies and political economy of media/communication/culture/Internet from the perspective of critical theory. tripleC is an open access journal focused on the critical study of capitalism and communication. [1] It was established in 2003 as tripleC: Cognition, Communication, Cooperation. Journal for a Global Sustainable Information Society, obtaining its current name in 2013. It is published in the United Kingdom as not-for-profit project [2] The editors-in-chief are Christian Fuchs (University of Westminster) and Marisol Sandoval (City University London). The journal uses the Creative Commons CC-BY-NC-ND licence for its content. [3] 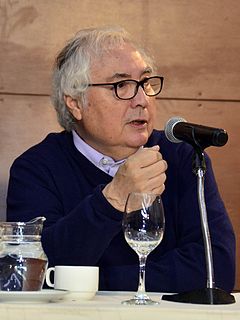 Manuel Castells Oliván is a Spanish sociologist especially associated with research on the information society, communication and globalization. In January 2020, he was appointed Minister of Universities in the Sánchez II Government of Spain.

Media literacy encompasses the practices that allow people to access, critically evaluate, and create or manipulate media. Media literacy is not restricted to one medium. The US-based National Association for Media Literacy Education defines it as the ability to access, analyze, evaluate, create, and act using all forms of communication.

Alternative media are media sources that differ from established or dominant types of media in terms of their content, production, or distribution. Sometimes the term independent media is used as a synonym, referencing independence from large media corporations, but this term is also used to indicate media enjoying freedom of the press and independence from government control. Alternative media does not refer to a specific format and may be inclusive of print, audio, film/video, online/digital and street art, among others. Some examples include the counter-culture zines of the 1960s, ethnic and indigenous media such as the First People's television network in Canada, and more recently online open publishing journalism sites such as Indymedia.

Internet studies is an interdisciplinary field studying the social, psychological, pedagogical, political, technical, cultural, artistic, and other dimensions of the Internet and associated information and communication technologies. While studies of the Internet are now widespread across academic disciplines, there is a growing collaboration among these investigations. In recent years, Internet studies have become institutionalized as courses of study at several institutions of higher learning. Cognates are found in departments of a number of other names, including departments of "Internet and Society", "virtual society", "digital culture", "new media" or "convergent media", various "iSchools", or programs like "Media in Transition" at MIT. On the research side, Internet studies intersects with studies of cyberculture, human–computer interaction, and science and technology studies. Internet and society is a research field that addresses the interrelationship of Internet and society, i.e. how society has changed the Internet and how the Internet has changed society.

Tarleton Gillespie is a Principal Researcher at Microsoft Research New England and an Adjunct Associate Professor in the Department of Communication at Cornell University. He is the author of the book Wired Shut: Copyright and the Shape of Digital Culture. 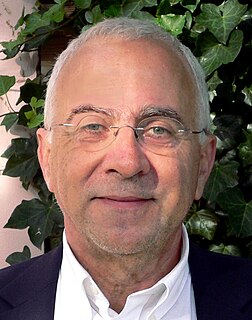 Louis André (Loet) Leydesdorff is a Dutch sociologist, cyberneticist and Professor in the Dynamics of Scientific Communication and Technological Innovation at the University of Amsterdam. He is known for his work in the sociology of communication and innovation.

Frank Webster is a British sociologist. His critical writing on the "information society" has been translated into many languages, widely discussed and criticized. In Theories of the Information Society, he examined six analytically separable conceptions of the information society, arguing that all are suspect, so much so that the idea of an information society cannot be easily sustained.

Sociology is the study of human social behavior, society, patterns of social relationships, social interaction, and culture that surrounds everyday life. It is a social science that uses various methods of empirical investigation and critical analysis to develop a body of knowledge about social order and social change. Sociology can also be defined as the general science of society. While some sociologists conduct research that may be applied directly to social policy and welfare, others focus primarily on refining the theoretical understanding of social processes. Subject matter can range from micro-level analyses of society to macro-level analyses.

Leaving Springfield: The Simpsons and the Possibility of Oppositional Culture is a non-fiction compilation work analyzing the effect of the television program The Simpsons on society, edited by John Alberti. The book was published in 2004 by Wayne State University Press. Contributors to the work include academics associated with Northern Kentucky University, the University of Wisconsin–Stevens Point, The Australian National University, and the University of Sydney. 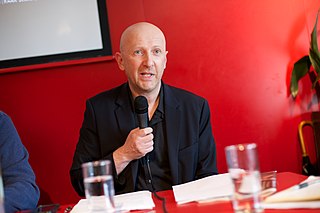 Gary Hall is British cultural and media theorist and Professor of Media and Performing Arts in the Coventry University Department of Media, UK.

Cultural studies is a field of theoretically, politically, and empirically engaged cultural analysis that concentrates upon the political dynamics of contemporary culture, its historical foundations, defining traits, conflicts, and contingencies. Cultural studies researchers generally investigate how cultural practices relate to wider systems of power associated with or operating through social phenomena, such as ideology, class structures, national formations, ethnicity, sexual orientation, gender, and generation. Cultural studies views cultures not as fixed, bounded, stable, and discrete entities, but rather as constantly interacting and changing sets of practices and processes. The field of cultural studies encompasses a range of theoretical and methodological perspectives and practices. Although distinct from the discipline of cultural anthropology and the interdisciplinary field of ethnic studies, cultural studies draws upon and has contributed to each of these fields.

Digital sociology is a sub-discipline of sociology that focuses on understanding the use of digital media as part of everyday life, and how these various technologies contribute to patterns of human behavior, social relationships, and concepts of the self.

Critical theory is a social philosophy pertaining to the reflective assessment and critique of society and culture in order to reveal and challenge power structures. With origins in sociology, as well as in literary criticism, it argues that social problems are influenced and created more by societal structures and cultural assumptions than by individual and psychological factors. Maintaining that ideology is the principal obstacle to human liberation, critical theory was established as a school of thought primarily by the Frankfurt School theoreticians Herbert Marcuse, Theodor Adorno, Walter Benjamin, Erich Fromm, and Max Horkheimer. The latter sociologist described a theory as critical insofar as it seeks "to liberate human beings from the circumstances that enslave them."

Christian Fuchs is an Austrian sociologist. Fuchs, is currently a professor at the University of Westminster, where he is the Director of the Communication and Media Research Institute (CAMRI). He also known for being the editor of the open access journal tripleC: Communications, Capitalism & Critique. The journal's website offers a wide range of critical studies within the debate of capitalism and communication. This academic open access journal publishes new articles, special issues, calls for papers, reviews, reflections, information on conferences and events, and other journal specific information. Fuchs is also the co-founder of the ICTs and Society-network which is a worldwide interdisciplinary network of researchers who study how society and digital media interact. 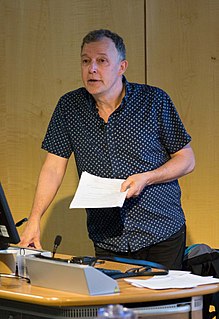 Tony D. Sampson is a British critical theorist who writes and lectures about philosophies of media technology, design thinking, social and immersive user experiences and neurocultures. He has published extensively on digital media cultures, social contagion theory, neurocultures, affect philosophy, assemblage theory and social media. He is best known for his widely cited and debated academic publications on virality, network contagion and neuroculture. This work is influenced by the 19th century French sociologist, Gabriel Tarde and concerns contemporary analyses of viral phenomena and affective and emotional contagion on the Internet. In 2017 Sampson published The Assemblage Brain, a book about the culture of the affective brain explored through digital media, the neurosciences, business, cybernetics and political power. His most recent publication, A Sleepwalker's Guide to Social Media, draws on contagion theory to explore the power dynamic of a post-Cambridge Analytica social media environment.

Nick Dyer-Witheford is an author, and associate professor at the University of Western Ontario in the Faculty of Information and Media Studies. His area of study primarily focuses on the rise of technology and the internet, as well as their continuous impact on modern society. He's written six books, along with seventeen other publications.