Rowan County is a county located in the U.S. state of Kentucky. As of the 2010 census, the population was 23,333. Its county seat is Morehead. The county was created in 1856 from parts of Fleming and Morgan counties, and named after John Rowan, who represented Kentucky in the U.S. House and Senate. 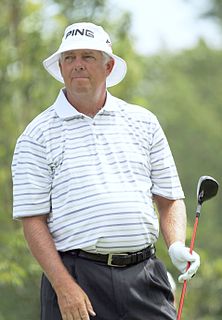 Kirk Alan Triplett is an American professional golfer who has played on the PGA Tour, Nationwide Tour, and PGA Tour Champions.

Wallace Triplett was a professional American football player, the first African-American draftee to play for a National Football League team. For that reason, his portrait hangs in the Pro Football Hall of Fame in Canton, Ohio.

Triplett may refer to:

The 1949 National Football League Draft was held on December 21, 1948, at The Bellevue-Stratford Hotel in Philadelphia. The draft was preceded by a secret draft meeting held November 15, 1948, at the Hotel Schenley in Pittsburgh.

Bardo was a male/female pop music duo formed to represent the United Kingdom in the 1982 Eurovision Song Contest with the song "One Step Further".

Silas M. Gordon (1835–1888) was an anti-union guerrilla who indirectly caused Platte City, Missouri, to be burned twice by forces during the American Civil War. The town of Gordonville, Texas, is named for him. Confederate Silas "Si" Gordon was born in Kentucky in 1835 and moved with his parents, William and Lucretia (Muir) Gordon, to Platte County, Missouri.

Sally Ann Triplett is a British singer and actress. She participated in two editions of the Eurovision Song Contest and West End productions.

Melvin C. Triplett was an American football running back in the National Football League who played for eight seasons for the New York Giants and Minnesota Vikings. He played high school football at Girard High School in Girard, Ohio. He graduated from Girard in 1951 and was inducted into the Girard Hall of Fame in 1997. He played college football at the University of Toledo and was drafted by the Giants in the 1955 NFL Draft, where he played for six seasons. He scored the opening touchdown against the Chicago Bears in the 1956 championship game, won by the Giants 47-7. He was named New York's outstanding offensive player in the game. He left the Giants for the Minnesota Vikings, where he played in 1961 and 1962. Including both teams, he totaled 2,857 yards and 14 touchdowns in his NFL career.

Lawrence Strother Trimble was a United States congressman from Kentucky, a Kentucky judge, and New Mexican politician and lawyer.

Philip Triplett was a U.S. Representative from Kentucky.

George Washington Triplett was a Confederate politician who served in the Confederate States Congress during the American Civil War. 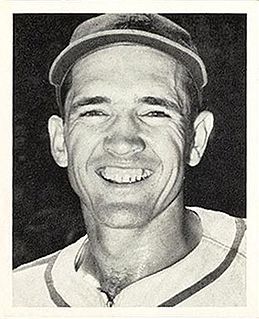 Herman Coaker Triplett was an American professional baseball player. In Major League Baseball, he was a backup outfielder, playing mainly as a left fielder for three different teams between the 1938 and 1945 seasons. Listed at 5 ft 11 in (1.80 m), 185 pounds (84 kg), Triplett batted and threw right-handed. He was born in Boone, North Carolina.

Triplett & Scott was an American repeater carbine invented by Louis Triplett and William Scott of Columbia, Kentucky. It was issued to Kentucky Home Guard troops who were assigned to protect the supply lines of the Union Army under General Sherman's command.

Sorgho, Kentucky, originally named and known as Sorghotown, the boundaries of this unincorporated community were described in an order dated 12 May 1874, by Daviess County, Kentucky Judge Triplett, worded as follows: " Upon the application of ten voters to be effected by the change hereinafter specified; and it appearing to the Court right and proper that said change should be made; and further that the requirements of the law as to notice before application has been complied with, – it is therefore ordered that an additional voting precinct be and the same is hereby established in Daviess County (Kentucky), in District No. 1, to be called and known as 'Sorghotown Voting Place'...." The community was named for the Daviess County Sorgho Sugar Company which was formed there in 1868–'69 by Dr. J. Q. A. Stewart, J. Balee and E. Guthrie. that organized there in the winter of 1868-69 for the manufacturing of sorghum sugar. Once the factory was established the community began to develop. 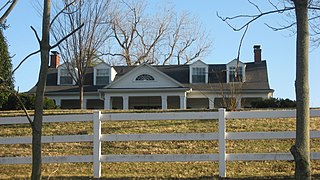 Haphazard is a historic house located on Pleasant Valley Road in Owensboro, Kentucky. The house overlooks the Ohio River, and its name is probably derived from the river's eddies. The property which Haphazard was built on was originally owned by George Mason, a signatory to the U.S. Constitution, who was given the land in a grant surveyed in 1787. Mason's grandson Richard sold the property to Robert Triplett in 1822, by which point the log house forming the central portion of the home had been built. Triplett likely added the house's side wings, northern gable, and Federal style interior. Triplett accomplished many local firsts, as he was Owensboro's first large real estate dealer; Daviess County's first soil conservationist, barge operator, and author; the first distiller on the Ohio River in the county; and the builder of Kentucky's first railroad. In 1843, A. B. Barret purchased the house from Triplett; Barret then sold the house to William Bell the following year. Bell, the president of a local bank, likely added the house's Greek Revival portico.

Triplett Township is a township in Chariton County, in the U.S. state of Missouri.

Rosehill Elmwood Cemetery is located at 1300 Old Hartford Road Owensboro Daviess County Kentucky. There are about 55,000 interments. It is officially recognised as a historical landmark by the state of Kentucky. Notable people buried in the cemetery include a number of US Congressman, as well as Rainey Bethea, the last person to be publicly executed in America.

Triplett is an unincorporated community in Roane County, in the U.S. state of West Virginia.