Trouble Under Oz is a 2006 novel by Sherwood Smith, illustrated by William Stout and published by HarperCollins. It is a sequel to Smith's 2005 novel The Emerald Wand of Oz which is a further continuation of the Oz series originally started by L. Frank Baum in 1900.

Dori and Em, Dorothy Gale's modern-day descendants from the previous book, return in this second installment. Dori travels to Oz in answer to a summons from Princess Ozma, while Em remains behind to deal with their parents' impending divorce. Ozma asks Dori to travel with Prince Inga to the Nome Kingdom; there they will aid Prince Rik to take control of the throne and avoid a war. The adventurers must defeat an Iron Giant and confront monsters on their way; they meet mermaids and invisible children.

Smith uses characters and locations from several Baum books, including Ozma of Oz , Dorothy and the Wizard in Oz , The Emerald City of Oz , Tik-Tok of Oz and Rinkitink in Oz .

The Patchwork Girl of Oz by L. Frank Baum is a children's novel, the seventh in the Oz series. Characters include the Woozy, Ojo "the Unlucky", Unc Nunkie, Dr. Pipt, Scraps, and others. The book was first published on July 1, 1913, with illustrations by John R. Neill. In 1914, Baum adapted the book to film through his "Oz Film Manufacturing Company." 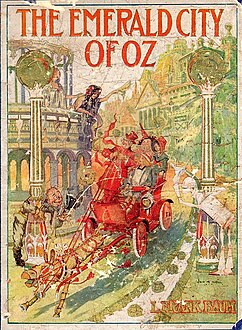 The Emerald City of Oz is the sixth of L. Frank Baum's fourteen Land of Oz books. It was also adapted into a Canadian animated film in 1987. Originally published on July 20, 1910, it is the story of Dorothy Gale and her Uncle Henry and Aunt Em coming to live in Oz permanently. While they are toured through the Quadling Country, the Nome King is assembling allies for an invasion of Oz. This is the first time in the Oz series that Baum made use of double plots for one of the books.

The Road to Oz: In Which Is Related How Dorothy Gale of Kansas, The Shaggy Man, Button Bright, and Polychrome the Rainbow's Daughter Met on an Enchanted Road and Followed it All the Way to the Marvelous Land of Oz. is the fifth of L. Frank Baum's Land of Oz books. It was originally published on July 10, 1909 and documents the adventures of Dorothy Gale's fourth visit to the Land of Oz. 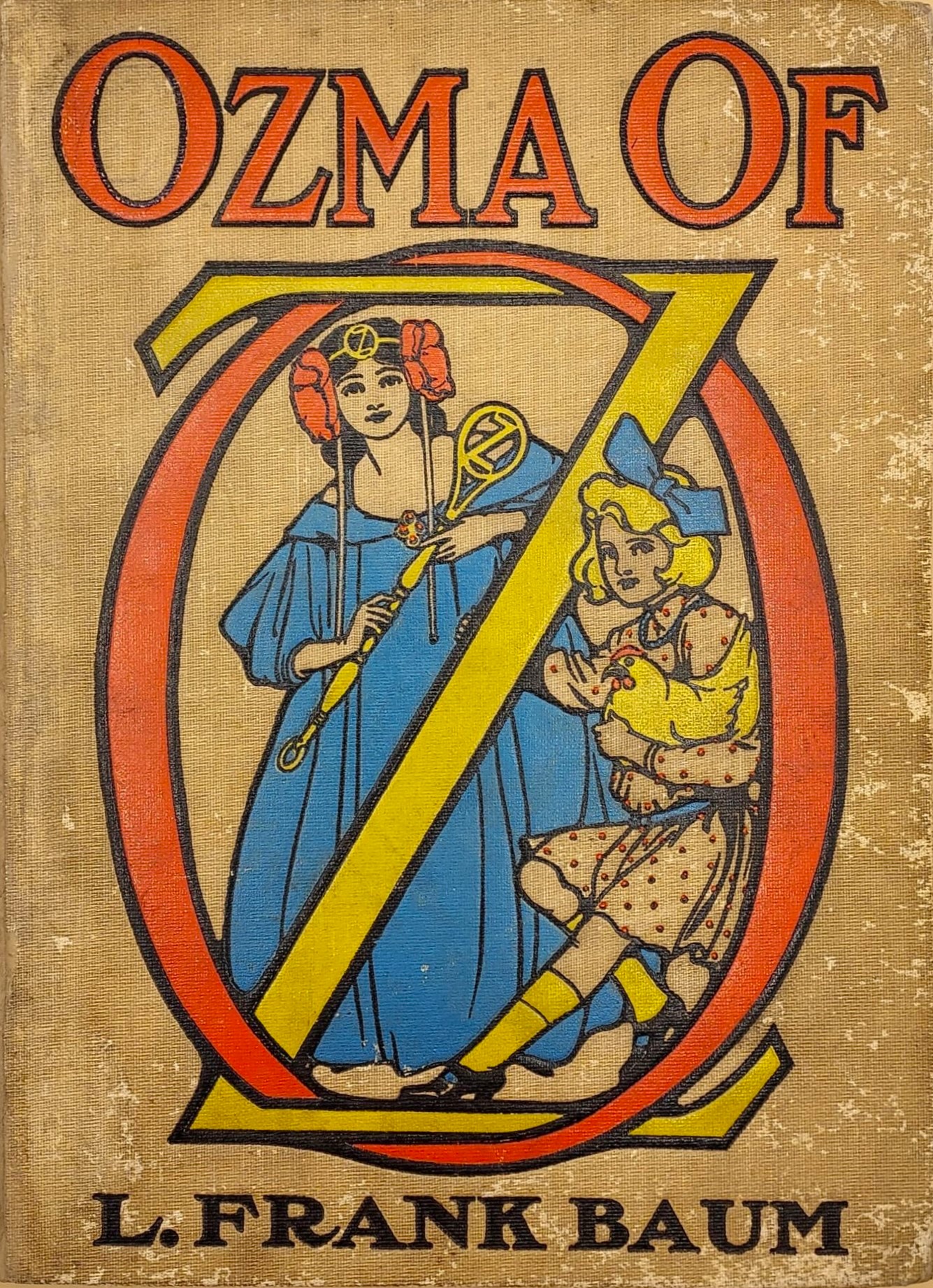 Ozma of Oz: A Record of Her Adventures with Dorothy Gale of Kansas, Billina the Yellow Hen, the Scarecrow, the Tin Woodman, the Cowardly Lion and the Hungry Tiger; Besides Other Good People Too Numerous to Mention Faithfully Recorded Herein, published on July 30, 1907, was the official third book of L. Frank Baum's Oz series. It was the first in which Baum was clearly intending a series of Oz books. 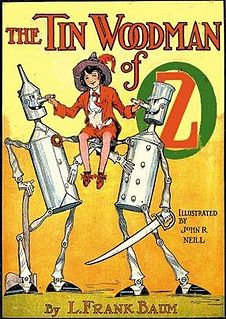 The Tin Woodman of Oz: A Faithful Story of the Astonishing Adventure Undertaken by the Tin Woodman, Assisted by Woot the Wanderer, the Scarecrow of Oz, and Polychrome, the Rainbow's Daughter is the twelfth Land of Oz book written by L. Frank Baum and was originally published on May 13, 1918. The Tin Woodman is reunited with his Munchkin sweetheart Nimmie Amee from the days when he was flesh and blood. This was a back-story from Baum's 1900 novel, The Wonderful Wizard of Oz.

Dorothy and the Wizard in Oz is the fourth book set in the Land of Oz written by L. Frank Baum and illustrated by John R. Neill. It was published on June 18, 1908 and reunites Dorothy Gale with the humbug Wizard from The Wonderful Wizard of Oz (1900). This is one of only two of the original fourteen Oz books (the other being The Emerald City of Oz, to be illustrated with watercolor paintings.

Dorothy Gale is a fictional character created by American author L. Frank Baum as the protagonist in many of his Oz novels. She first appears in Baum's classic 1900 children's novel The Wonderful Wizard of Oz and reappears in most of its sequels. In addition, she is the main character in various adaptations, notably the classic 1939 film adaptation of the novel, The Wizard of Oz.

The Lost Princess of Oz is the eleventh canonical Oz book written by L. Frank Baum. Published on June 5, 1917, it begins with the disappearance of Princess Ozma, the ruler of Oz and covers Dorothy and the Wizard's efforts to find her. The introduction to the book states that its inspiration was a letter a young girl had written to Baum: "I suppose if Ozma ever got hurt or losted, everybody would be sorry." 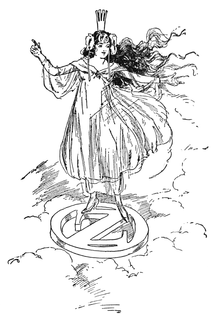 Princess Ozma is a fictional character from the Land of Oz, created by American author L. Frank Baum. She appears in every book of the Oz series except the first, The Wonderful Wizard of Oz (1900). 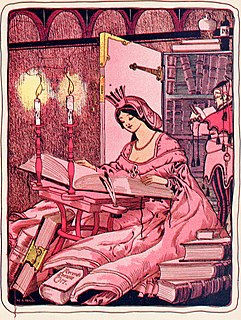 Glinda is a fictional character created by L. Frank Baum for his Oz novels. She first appears in Baum's 1900 children's classic The Wonderful Wizard of Oz, and is the most powerful sorceress in the Land of Oz, ruler of the Quadling Country South of the Emerald City, and protector of Princess Ozma. 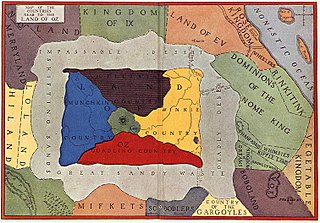 The Land of Oz is a magical country introduced in the 1900 children's novel The Wonderful Wizard of Oz written by L. Frank Baum and illustrated by W. W. Denslow. 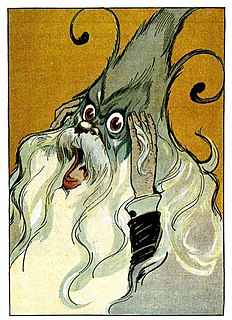 The Nome King is a fictional character created by American author L. Frank Baum. He is introduced in Baum's third Oz book Ozma of Oz (1907). He also appears in many of the continuing sequel Oz novels also written by Baum. Although the character of the Wicked Witch of the West is the most notable and famous Oz villain, it is actually the Nome King who is the most frequent antagonist throughout the entire book series.

Mombi is a fictional character in L. Frank Baum's classic children's series of Oz Books. She is the most significant antagonist in the second Oz book The Marvelous Land of Oz (1904), and is alluded to in other works. Mombi plays a very important role in the fictional history of Oz. 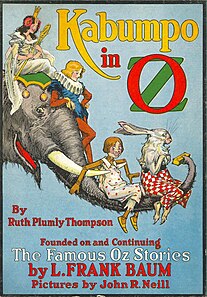 Kabumpo in Oz (1922) is the sixteenth Oz book, and the second written by Ruth Plumly Thompson. It was the first Oz book fully credited to her.

Uncle Henry is a fictional character from The Oz Books by L. Frank Baum. He is the uncle of Dorothy Gale and husband of Aunt Em, and lived with them on a farm in Kansas. 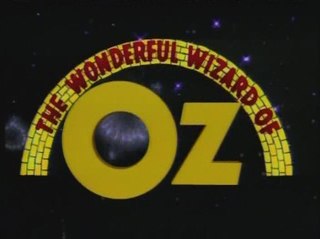 The Wonderful Wizard of Oz, known in Japan as Oz no Mahōtsukai, is a Japanese anime television series adaptation based on four of the original early 20th century Oz books by L. Frank Baum. In Japan, the series aired on TV Tokyo from 1986 to 1987. It consists of 52 episodes, which explain other parts of the Oz stories, including the events that happened after Dorothy returned home.

The Emerald Wand of Oz is a 2005 book by Sherwood Smith and is a continuation of the Oz series that was started by L. Frank Baum in 1900 and continued by his many successors. The book is illustrated by William Stout and published by HarperCollins.

The Giant Garden of Oz is a novel written and illustrated by Eric Shanower, first published in 1993 by Emerald City Press, a division of Books of Wonder. As its title indicates, the novel is a volume in the ever-growing literature on the Land of Oz, written by L. Frank Baum and many successors.