Troubleman Unlimited Records was a record label specializing in indie rock and similar genres. Founded in 1993, the label was based in Bayonne, New Jersey and owned by Mike Simonetti. [1]

The label started as an offshoot of a fanzine called "Wanna Communicate?", releasing 7" singles. The label grew significantly in the 2000s, releasing full-length albums by many groups who are regularly reviewed in media outlets like Spin and Pitchfork. The label focused on noise rock, including releases from Black Dice, Wolf Eyes and Hair Police. Troubleman Unlimited was named "Best Label" by New York Magazine in 2005. [2]

In the 21st century, Simonetti started a dance label, Italians Do It Better, with Johnny Jewel of Glass Candy. [3]

The following artists have made at least one release through Troubleman Unlimited or Italians Do It Better. 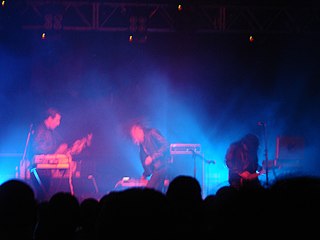 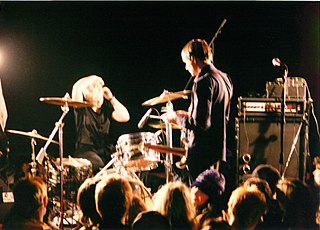 Unwound was an American post-hardcore band based in Tumwater/Olympia, Washington. The group was strongly associated with the label Kill Rock Stars throughout the 1990s, until their dissolution in 2002. Unwound was sharply dissonant and angular, often resorting to unusual guitar tones, and was associated with post-hardcore and noise rock. The band toured frequently, preferring "all ages" clubs and are noted for their strong DIY ethic. The group spawned numerous side projects. 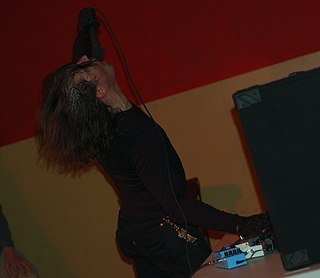 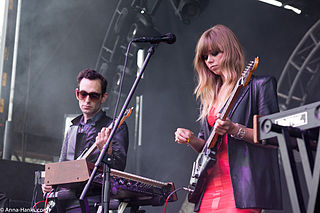 Chromatics is an American electronic music band from Portland, Oregon, formed in 2001. The band consists of Ruth Radelet, Adam Miller, Nat Walker, and Johnny Jewel. The band originally featured a trademark sound indebted to punk and lo-fi that was described as "noisy" and "chaotic". After numerous lineup changes, which left guitarist Adam Miller as the sole original member, the band began releasing material on the Italians Do It Better record label in 2007, with their style streamlined into an Italo disco-influenced sound.

Erase Errata was a band from San Francisco, California. They often named experimentalists such as Captain Beefheart, The Fall, and the Minutemen as inspirations. The group favored improvisation as a compositional tool and each of their performances were a unique manifestation of established songs.

Jana Hunter is a Baltimore-based songwriter and musician. Hunter was born in Texas. 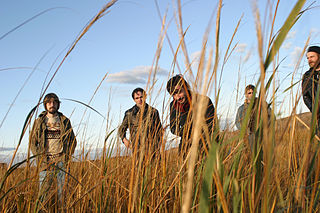 Hopewell is an American rock band. The band was founded by Jason Sebastian Russo, of Hopewell Junction, New York. At 19, Russo joined Mercury Rev, and then struck out on his own with a band named after his hometown.

Kepler was a Canadian indie rock band. Kepler initially was known for its exceptionally slow and quiet sound.

The One AM Radio is a band consisting of Hrishikesh Hirway, a composer and songwriter from Los Angeles. The One AM Radio's sound is often characterized by Hirway's lush vocals over dream-like instrumental arrangements. He does most of his own recording, playing several of the instruments and producing all the beats; the style borders electronica, folk, post-rock, chamber music, and ambient music.

Panthers is an American punk rock band from Brooklyn, New York. The Village Voice described them as "groundbreaking dissonant HC (hardcore) with Rolling Stones swagger." Three members were previously in the hardcore band Orchid. Panthers have released four records. The most recent two, The Trick and Things Are Strange were released on Vice Records. Prior to that they released via Dim Mak Records and Troubleman Unlimited.

Italians Do It Better is an independent record label based in Portland and Los Angeles. The label was started by Johnny Jewel and Mike Simonetti in 2006 to focus on Jewel's projects Glass Candy and Chromatics and later Desire, Symmetry and Mirage, in addition to other artists from prior releases. Genres from the label have been described as contributing to the synth-pop, post-punk and Italo-disco revivals. They have released two label compilations, 'After Dark' (2007) and 'After Dark 2' (2013), both of which featured music from their roster. 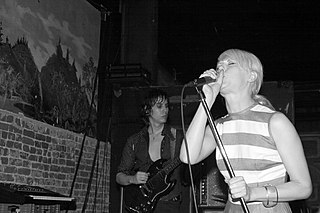 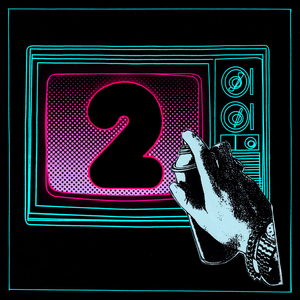 After Dark 2 is a compilation album featuring artists from the Italians Do It Better label. The album was released on May 17, 2013, and produced by Johnny Jewel. It is a sequel to the 2007 album After Dark. Artists and bands featured on the album include Glass Candy, Desire, Chromatics, Mirage, Appaloosa, Symmetry, Twisted Wires, Farah, and Mike Simonetti.

Johnny Jewel is an American record producer, composer, and visual artist. He is a multi-instrumentalist who is known for using all-analog equipment. He has been recording and releasing records since the mid-1990s.