Truez Neva Stop is the third and final studio album by American hip hop duo Havoc & Prodeje of South Central Cartel. It was released on September 9, 1997 through G.W.K. Records and Pump Records with distribution by Warlock Records for the Quality Records partnership. Recording sessions took place at Audio X in Burbank, California.

Havoc & Prodeje was an American West Coast hip hop duo composed of South Central Cartel members Cary "Havoc" Calvin and Austin "Prodeje" Patterson. The duo came together during the peak of South Central Cartel's popularity in 1993, releasing Livin' in a Crime Wave on the Def Jam label, but the album failed to make it to the charts. They would then release 1994's Kickin' Game and 1997's Truez Neva Stop, but the duo failed to match the early success of South Central Cartel. One of their songs, "The Hood's Got Me Feelin' the Pain", featured on the soundtrack of the 1995 horror film Tales from the Hood. 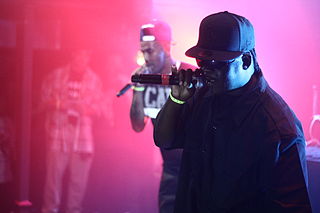 G-funk, or gangsta-funk, is a subgenre of hip hop music that emerged from West Coast Gangsta rap in the early 1990s, heavily influenced by 1970s funk sound of artists such as Parliament-Funkadelic. 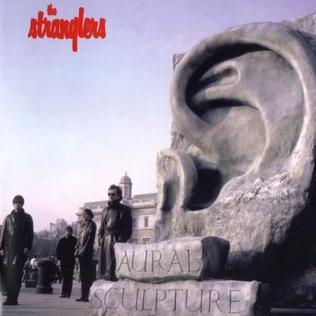 Aural Sculpture is the eighth album recorded by The Stranglers. It was also the name given to a one-sided 7-inch single given free with a limited number of copies of their Feline album in 1983. The "Aural Sculpture Manifesto" on the 7" single was played before The Stranglers appeared on stage during concerts during both the 1983 "Feline" Tour and the 1985 "Aural Sculpture" Tour.

Mobb Deep was an American hip hop duo from Queensbridge, Queens, New York. The group consisted of Havoc and Prodigy, and were a hardcore East Coast hip hop group. They were known for their dark, hardcore delivery as exemplified in "Shook Ones ." Mobb Deep became one of the most successful rap duos in hip hop, having sold over 3 million records. Three of their notable albums were The Infamous (1995), Hell On Earth (1996) and Murda Muzik (1999), and their top hits include "Shook Ones, Pt. II", "Survival of the Fittest" and "Hell on Earth". 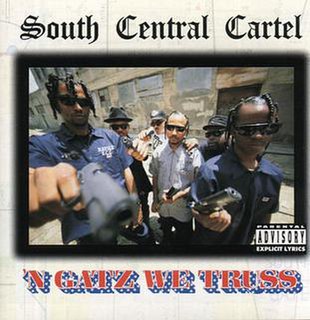 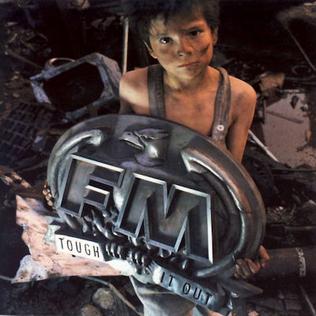 Tough it Out is the second studio album released by British hard rock band FM. Tough It Out is the follow-up album to their 1986 debut album Indiscreet and was released in 1989 on the Epic Records label.

The G Filez is the third album by Vallejo, California rapper, Celly Cel. The album was released in 1998 and was Celly Cel's last studio album for Jive Records. This album was his first since Killa Kali. However, he appeared on multiple artist records such as Young Dre, D-Shot, B-Legit, Latino Velvet, and Messy Marv. Although not as successful as his previous album, Killa Kali, the album peaked at #53 on the Billboard 200 and #17 on the Top R&B/Hip-Hop album chart. The album spawned three singles, "Fuck tha World", Get a Real Job" and "Pop the Trunk". Guests include Silkk the Shocker, UGK, Mack 10, Rappin' 4-Tay and E-40. 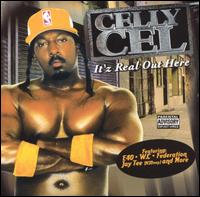 It'z Real Out Here is the sixth studio album by Vallejo, California rapper, Celly Cel. The album was released in 2005 for 33rd Street Records and was produced by Celly Cel and Sam Bostic. The album was not a commercial success and featured no charting singles. Guests include WC, E-40, Juvenile and Jay Tee of N2Deep. 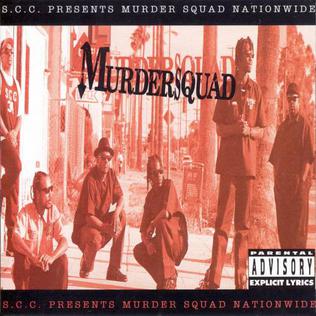 Hostile Takeover is the fourth and final studio album by American rap group RBL Posse. It was released on May 8, 2001 for Right Way Records and was produced by G-Man Stan. This was the group's final album as in 2003, Hitman was shot and killed, leaving Black C as the only surviving member of the trio.

Light Years is the forty-fourth album by American singer-guitarist Glen Campbell, released in 1988 by MCA. The album features eight songs written by Jimmy Webb, including the singles "Light Years" and "More Than Enough".

Kickin' Game is the second studio album by American hip hop duo Havoc & Prodeje of South Central Cartel. It was released on October 25, 1994 through G.W.K. Records and Pump Records with distribution via Warlock Records for Quality Records. Recording sessions took place at Echo Sound and Kitchen Sync Studio in Los Angeles. The album peaked at number 59 on the Top R&B/Hip-Hop Albums, thus making it their only release to make it to the Billboard charts. 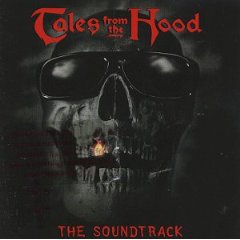 Tales from the Hood: The Soundtrack is the soundtrack to Rusty Cundieff's 1995 horror film, Tales from the Hood. It was released on May 9, 1995 through MCA Records, and consists of twelve songs by various hip hop music recording artists. The album features performances by the likes of Wu-Tang Clan, Facemob, Gravediggaz, Havoc & Prodeje, MC Eiht, Scarface, Spice 1, Tha Chill, The Click and more. Audio production was handled by several record producers, including Inspectah Deck, Mike Dean, N.O. Joe, Kurupt, Too Poetic. Spike Lee served as one of six executive producers on the album. 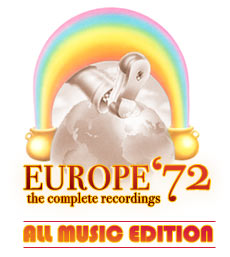 Europe '72: The Complete Recordings is a box set of live recordings by the rock band the Grateful Dead. Billed as a "mega box set", it contains all of the band's spring 1972 concert tour of Europe — 22 complete shows, on 73 CDs. It was released on September 1, 2011. 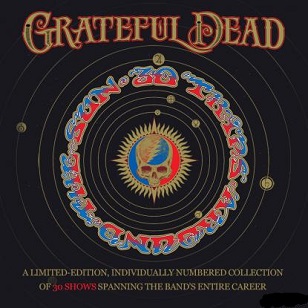 30 Trips Around the Sun is an 80-CD live album, packaged as a box set, by the rock band the Grateful Dead. Announced for the celebration of their 50th anniversary, it consists of 30 complete, previously unreleased concerts—73 hours of music—with one show per year from 1966 through 1995. The box set is individually numbered and limited to 6,500 copies. It was released on October 7, 2015.