Trumpet and Strings is an album by Al Hirt released on RCA Victor. The album was arranged by Marty Paich. [2] 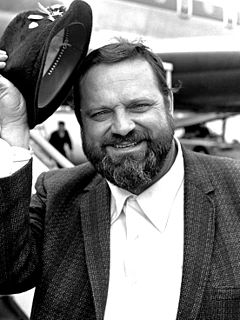 Alois Maxwell "Al" Hirt was an American trumpeter and bandleader. He is best remembered for his million-selling recordings of "Java" and the accompanying album Honey in the Horn (1963), and for the theme music to The Green Hornet. His nicknames included "Jumbo" and "The Round Mound of Sound". Colin Escott, an author of musician biographies, wrote that RCA Victor Records, for which Hirt had recorded most of his best-selling recordings and for which he had spent much of his professional recording career, had dubbed him with another moniker: "The King." Hirt was inducted into The Louisiana Music Hall of Fame in November 2009. 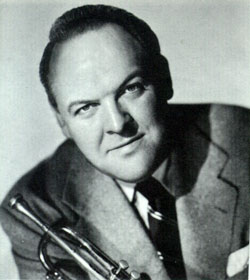 Edward William May Jr. was an American composer, arranger and trumpeter. He composed film and television music for The Green Hornet (1966), The Mod Squad (1968), Batman, and Naked City (1960). He collaborated on films such as Pennies from Heaven (1981), and orchestrated Cocoon, and Cocoon: The Return, among others.

"True Love" is a popular song written by Cole Porter and was published in 1956. The song was introduced by Bing Crosby and Grace Kelly in the musical film High Society. "True Love" was nominated for the Academy Award for Best Song. The Crosby–Kelly version, accompanied by Johnny Green's MGM studio orchestra using a romantic arrangement by Conrad Salinger, was a hit single, peaking No. 4 in the United States and No. 4 in the UK. A 1983 re-issue reached No. 70 in the UK.

Ring-a-Ding-Ding! is a 1961 album by Frank Sinatra. It was the inaugural record on Sinatra's Reprise label and, as the initial concept was "an album without ballads", it included only uptempo swing numbers.

"Fools Rush In" (1940) is a popular song. The lyrics were written by Johnny Mercer with music by Rube Bloom.

"Stella by Starlight" is a popular song by Victor Young that was drawn from thematic material composed for the main title and soundtrack of the 1944 Paramount Pictures film, The Uninvited. Appearing in the film's underscore as well as in source music as an instrumental theme song without lyrics, it was turned over to Ned Washington, who wrote the lyrics for it in 1946. The title had to be incorporated into the lyrics, which resulted in its unusual placement: the phrase appears about three quarters of the way through the song, rather than at the beginning or the end.

"Music to Watch Girls By" was the first Top 40 hit by Bob Crewe using his own name, recorded by his group The Bob Crewe Generation. Crewe first heard the song performed in a jingle demo for a Diet Pepsi commercial. Music was composed by Sidney "Sid" Ramin. The "big-band, horn driven" recording went to #15 on the pop chart and #2 on the Easy Listening chart. 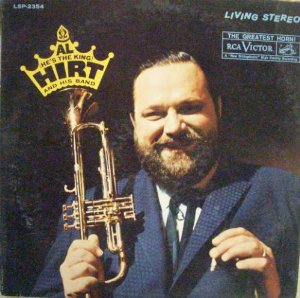 He's the King and His Band is the first album by Al Hirt to be released by RCA Victor. The album was recorded at RCA Victor's Studio A in New York City. 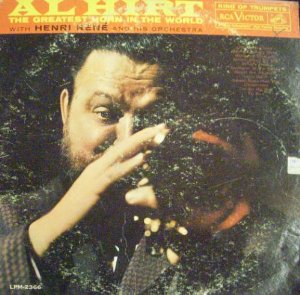 The Greatest Horn in the World is the second album by Al Hirt to be released by RCA Victor. Like his previous album, Hirt covers some of the most famous jazz standards of his time.

Horn A-Plenty is a big band album by Al Hirt that was released in 1962 by RCA Victor. The album was arranged and conducted by Billy May and performed by a group of top Hollywood session musicians.

Honey in the Horn is an album by Al Hirt released by RCA Victor. The album was produced by Chet Atkins and Steve Sholes. The Anita Kerr Singers provided the vocals for the album. The backing band on the album consisted of saxophonist Boots Randolph, bassist Bob Moore, guitarists Ray Edenton and Grady Martin, and pianist Floyd Cramer. 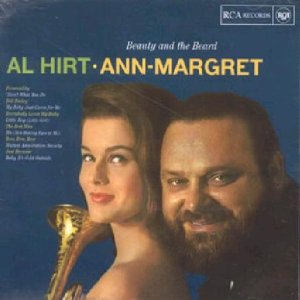 Beauty and the Beard is an album by Al Hirt released by RCA Victor in 1964. Ann-Margret was featured on the album. The album was arranged by Marty Paich and produced by Steve Sholes.

The Best of Al Hirt is a compilation album by Al Hirt released by RCA Victor in 1965. The album peaked at No. 13 on the Billboard Top LPs chart.

Live at Carnegie Hall is a 1965 live album by Al Hirt released by RCA Victor recorded at Carnegie Hall. The album was produced by Jim Foglesong arranged by Gerald Wilson. 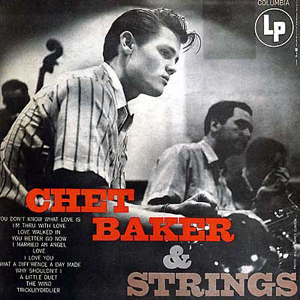 Chet Baker & Strings is an album by jazz trumpeter Chet Baker recorded in late 1953 and early 1954 and released on the Columbia label.