"Tsunami" is a song by the Southern All Stars, released as their forty-fourth single on January 26, 2000.

The song was the first number-one single for Southern All Stars since the 1996 single Ai no Kotodama on the Oricon weekly charts. The band used the style of hard rock on the previous single "Yellow Man," which was released in March 1999. However, it only managed to reach the number-ten position on Oricon charts. [1] Therefore, they returned to Japanese pop. The song sold over 654,000 copies in the first week and debuted at number-one, beating out Morning Musume's "Koi no Dance Site" on the Oricon weekly charts. [2] The song once spent two weeks at the number-one position, lost one week to B'z's "Kon'ya Tsuki no Mieru Oka ni", and reached the number-one position again for three weeks, before being dethrone by KinKi Kids's "Suki ni Natteku Aishiteku/KinKi no Yaruki Manman Song" in week 7 of the release. It sold over 2.9 million copies and became the best selling single for the band. In June 2005, it became the third best-selling single on the Oricon chart, surpassing the sales of "Dango 3 Kyodai". [3]

The song was included in their greatest hits album Ballad 3: The Album Of Love, released on November 22, 2000. The album debuted at the number-one position on the Oricon weekly charts, selling over 1.36 million copies within only one week. [4]

The song resurrected the band. The song won the "Song of The Year" award at the 14th Japan Gold Disc Award. It also won the grand prix award at the 42nd Japan Record Awards.

The song was remade by South Korean singer V.One in 2003 with the title "그런가봐요" with Korean lyrics. The song became his breakout single after years of struggling for success and became one of his only hit songs. A variation of the cover was later sung by girl group AOA's member Choa, with piano accompaniment by You Hee-yeol, for the third episode of the first season of JTBC Entertainment's program Two Yoo Project Sugar Man, a music program intended to revitalize songs from artists considered as one-hit wonders by recreating their most well-known songs.

A cover version was recorded and released by the American band Allister in their 2006 album Guilty Pleasures. An instrumental cover version was made by Megadeth's former guitarist Marty Friedman, and featured on his 2009 solo album Tokyo Jukebox. Debbie Gibson recorded an English-language cover of the song in her 2010 Japan-only release Ms. Vocalist .

Mr. Children, commonly referred to by their contracted nickname "Misu-Chiru" (ミスチル), are a Japanese pop rock band formed in 1989. Consisting of Kazutoshi Sakurai, Kenichi Tahara, Keisuke Nakagawa, and Hideya Suzuki, they made their major label debut in 1992. They are one of the best selling artists in Japan and one of the most successful Japanese rock artists, having sold over 75 million records and creating the "Mis-chil Phenomenon" (ミスチル現象) in the mid-1990s in Japan. They held the record for the highest first week sales of a single in Japan for 15 years, with 1.2 million copies of their 10th single "Namonaki Uta" (名もなき詩), have 30 consecutive number 1 singles, replaced Glay as the all-male band to have the most number 1 albums on the Oricon charts, and won the Japan Record Award in 1994 for "Innocent World" and in 2004 for "Sign". As of 2012, Mr. Children has published fifteen original studio albums and 34 physical singles, along with five compilations, a live album, and fifteen home video releases.

Tsuyoshi Domoto is a Japanese idol, singer, songwriter, actor, and television personality. Along with Koichi Domoto, he is a member of KinKi Kids, which is a Japanese duo under the management of Johnny & Associates and the record holder of Guinness World Records for having the record of the most consecutive number-one singles since their debut single.

Mai Kuraki is a Japanese pop and R&B singer-songwriter and record producer. After releasing her US debut single "Baby I Like" in 1999, Kuraki signed with Giza Studio and released her Japanese debut single "Love, Day After Tomorrow" in 1999. In 2000, she released her debut album, Delicious Way, which debuted at number-one and sold over 2.2 million copies in its first week. The album has spawned four top-three singles, "Love, Day After Tomorrow", "Stay by My Side", "Secret of My Heart", and "Never Gonna Give You Up". Eventually, the album sold over 3.5 million copies nationwide and became the best-selling album in Japan in 2000, and has been the ninth best-selling album in Japan of all-time.

Southern All Stars, also known by the abbreviations Sazan (サザン) and SAS, are a Japanese rock band that first formed in 1974.

SMAP was a Japanese boy band, composed of Masahiro Nakai, Takuya Kimura, Goro Inagaki, Tsuyoshi Kusanagi, and Shingo Katori. The group was created in 1988 by music producer Johnny Kitagawa, founder of Johnny & Associates, originally as a six-piece with Katsuyuki Mori, until his departure from the band in 1996. The name stands for "Sports Music Assemble People". After making their debut in 1991, the group took the Japanese entertainment industry by storm, becoming one of the most successful boy bands in Asia. The group is often referred to as a "national treasure" and a "fortune and property of the country" in Japan.

Keisuke Kuwata is a Japanese multi-instrumentalist, singer-songwriter, and frontman for the Southern All Stars, as well of his own solo band, the Kuwata band. He has also done a significant amount of scoring music for films. He went to Aoyama Gakuin University. 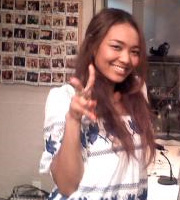 KAT-TUN is a Japanese boy band formed under Johnny & Associates (Johnny's) in 2001. The group's name was originally an acronym based on the first letter of each member's family name: Kazuya Kamenashi, Jin Akanishi, Junnosuke Taguchi, Koki Tanaka, Tatsuya Ueda, and Yuichi Nakamaru. Their debut on March 22, 2006 was marked by a tripartite release of a CD single, album and music DVD on their exclusive record label J-One Records. Since then, all of their single, album and music DVD releases have debuted at number one on the Oricon music and DVD charts. 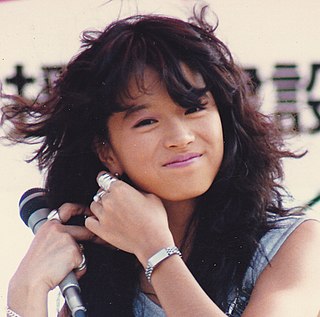 Akina Nakamori is a Japanese singer and actress. She is one of the most popular and top selling artists in Japan. Akina achieved national recognition when she won the 1981 season of the talent show Star Tanjō!. Her debut single "Slow Motion" was released to moderate success, peaking at number thirty on the Oricon Weekly Singles Chart. However, Nakamori's popularity increased with the release of her follow-up single, "Shōjo A", which peaked at number five on the Oricon charts and sold over 390,000 copies. Her second album Variation became her first number-one on the Oricon Weekly Albums Chart, staying in that position for three weeks. She made her acting debut in 1985 with an appearance in the Japanese romance movie Ai, Tabidachi. After an extended hiatus from 2010 to 2014, Akina released two compilation album, All Time Best: Original and All Time Best: Utahime Cover, both of which were commercially successful. As of 2011, Akina has sold over 25.3 million records and was named the third best-selling female Japanese idol singer of all-time.

NEWS is a three-member Japanese band consisting of Keiichiro Koyama, Takahisa Masuda and Shigeaki Kato. The group's name is an acronym based on the cardinal directions. Formed in 2003 by Johnny Kitagawa as a nine-member group under the label Johnny's Entertainment, NEWS released a promotional single "NEWS Nippon", which was used for the World Cup of Volleyball Championships. In 2004, Takahiro Moriuchi left the group and the remaining eight members released their debut single, "Kibō: Yell", which debuted atop the Oricon charts.

KinKi Kids is a Japanese duo consisting of Koichi Domoto and Tsuyoshi Domoto under the talent agency Johnny & Associates. Although the members share the same surname, the only relation they have to each other is that they both hail from the Kinki region, hence the duo's name. KinKi Kids was formed in 1993 and officially debuted on July 21, 1997. 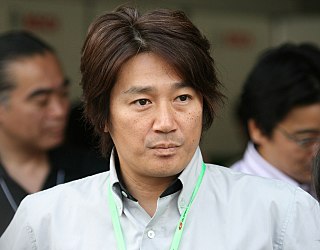 Masahiko Kondō or Matchy is a Japanese singer, lyricist, actor, racing car manager and former semi-professional racing driver. He was a member of the Tanokin Trio. 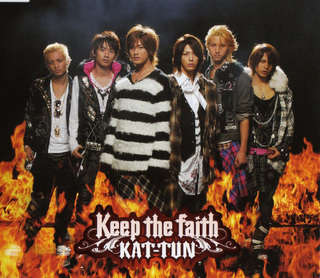 "Keep the faith" is the fifth overall single by the Japanese boy band, KAT-TUN, and the second from their third studio album, KAT-TUN III: Queen of Pirates. It was released in three editions with three different covers; the regular edition contains all the songs and its instrumental versions, the first press edition came with a bonus track entitled "Lovin'U" and its instrumental track and the second limited edition was packaged with a DVD with the single's music video and a short film about the making of the music video.

Hideaki Tokunaga is a Japanese pop singer-songwriter and actor.

TOK10 is a cover album by Japanese band Tokio, released on September 1, 2004. It was released to commemorate the tenth anniversary of the band's debut. The album peaked at first place on the Oricon weekly chart and charted for twelve weeks. Thus far, it is their only album to top the Oricon charts. 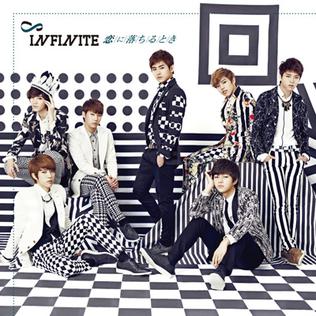 Keisuke Kuwata is the eponymous studio album recorded by Keisuke Kuwata, the frontman of the Japanese rock band Southern All Stars. It was released by Taishita label under the Victor Entertainment in July 1988, shortly after the 10th anniversary of the band. Aside from the 1982 live recording album Kamon Yuzo and Victor Wheels Live released under the pseudonym Yūzō Kamon, it was first Kuwata's solo effort.