Udea proximalis is a moth in the family Crambidae. It was described by Hiroshi Inoue, Hiroshi Yamanaka and Akio Sasaki in 2008. It is found on Hokkaido island in Japan. [1] 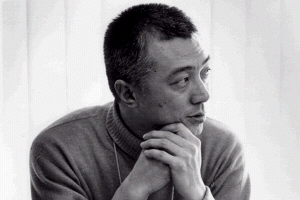 Hiroshi Teshigahara was a Japanese avant-garde filmmaker and artist from the Japanese New Wave era. He is best known for the 1964 film Woman in the Dunes. He is also known for directing other titles such as The Face of Another (1966), Natsu No Heitai, and Pitfall (1962) which was Teshigahara's directorial debut. He has been called "one of the most acclaimed Japanese directors of all time". Teshigahara is the first person of Asian descent to be nominated for the Academy Award for Best Director, accomplishing this in 1964 for his work on Woman in the Dunes. Apart from being a filmmaker, Teshigahara also practiced other arts, such as calligraphy, pottery, painting, opera and ikebana. Hiroshi Yamauchi was a Japanese businessman. He was the third president of Nintendo, joining the company in 1949 until stepping down on May 31, 2002, to be succeeded by Satoru Iwata. During his 53-year tenure, Yamauchi transformed Nintendo from a hanafuda card-making company that had been active solely in Japan into a multibillion-dollar video game publisher and global conglomerate.

Dimps Corporation is a Japanese video game developer based in Osaka, Japan, with an additional office in Tokyo. It is best known for developing games in the Sonic the Hedgehog, Dragon Ball and Street Fighter franchises. The company was founded on March 6, 2000 by several former SNK and Capcom employees, including Street Fighter co-creators Takashi Nishiyama and Hiroshi Matsumoto.

Sekiryo Kaneda, also known as Sekiryo Yamauchi, was the second president of what is now Nintendo Co., Ltd., from 1929 to 1949. He married the daughter of Fusajiro Yamauchi, Tei Yamauchi, and took the Yamauchi surname. Kaneda died in 1949, leaving Nintendo to be run by his grandson, Hiroshi Yamauchi. 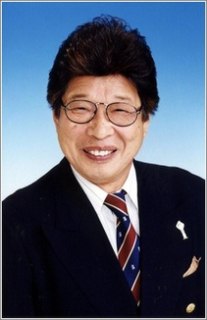 Hiroshi Masuoka was a Japanese actor, voice actor and narrator from Minami, Saitama Prefecture, Japan. He voiced the roles of Masuo Fuguta in Sazae-san and Jam Ojisan in Soreike! Anpanman. He also voiced Kame-Sennin during the last episodes of Dragon Ball Z and all of Dragon Ball GT, following Kōhei Miyauchi's death. He worked for the Tokyo Actor's Consumer's Cooperative Society until his death in 2020.

Hiroshi Tachi is a Japanese actor and singer. He won great popularity through his roles in the TV drama series Seibu Keisatsu and Abunai Deka.

Hiroshi Kiyotake is a Japanese professional footballer who plays as an attacking midfielder for Japanese club Cerezo Osaka and the Japan national team. He played for Japan at the 2012 Summer Olympics.

Hiroshi Ibusuki is a Japanese professional footballer who plays for Shonan Bellmare as a striker. 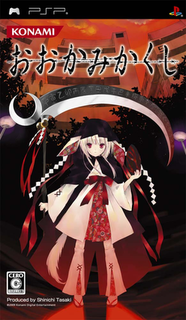 Ōkami Kakushi is a Japanese visual novel developed and published by Konami for the PlayStation Portable, with Ryukishi07 of Higurashi no Naku Koro ni fame as game director and the manga author duo Peach-Pit as character designers. The game was released on August 20, 2009 in Japan. An anime adaptation produced by AIC began airing in Japan on January 8, 2010 on TBS.

Hiroshi Suzuki is a professional Japanese baseball player. He plays pitcher for the Chunichi Dragons.