Unearthly Trance is a sludge metal/doom metal trio from Long Island New York, composed of guitarist-vocalist Ryan Lipynsky, bassist Jay Newman, and drummer Darren Verni. They were formed in 2000 and have released material on leading labels of the genre like Southern Lord, Rise Above Records and Relapse Records to which they are still signed today. They are also considered by critics one of the leading acts in the doom metal scene and shared tours with notable bands such as Sunn O))), Pelican, Electric Wizard, The Melvins and Morbid Angel. Their fifth album, V, was released by Relapse Records on September 27, 2011, [1] and was produced by Sanford Parker, leader of fellow Relapse label mates and post-metal experimentalists Minsk. Ryan Lipynsky also fronts the black metal act The Howling Wind and experimental hardcore unit Pollution. All three members played in Serpentine Path with Tim Bagshaw, formerly of Electric Wizard and Ramesses.

Unearthly Trance broke up on July 6, 2012. [2] The band announced their reunion in spring 2015. They headed back to the studio and released Stalking The Ghost in 2017, followed by a EU tour with Suma.

Although categorised as doom metal, Unearthly Trance's music draws inspiration from other forms of extreme music, such as black metal, death metal, crust punk and drone music. Their songs are usually quite long, past the five-minute mark and build slowly and oppressively with pounding drums and slow, loud and distorted guitars and bass buried under thick layers of feedback. The vocals are usually very harsh under the form of distorted screams, and the lyrics usually deal with themes of the occult. Unearthly Trance also ventures into more experimental sounds from time to time like ambient and noise music, giving their music a more introspective, dark and progressive vibe.

The Obsessed is an American heavy metal band from Potomac, Maryland, led by Scott "Wino" Weinrich. The band combines elements of doom metal, stoner rock, and punk rock. Formed in 1980, they recorded a few demos and played a handful of live shows until they first split up in 1986 when Weinrich joined as lead vocalist for Saint Vitus, but reformed four years later. After releasing three albums, the Obsessed broke up for a second time in 1995. After briefly reuniting for some shows in 2012 and 2013, the Obsessed announced their third reunion in March 2016. 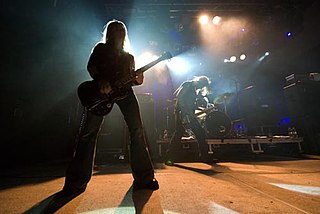 Electric Wizard are an English doom metal band from Dorset. The band formed in 1993 and have recorded nine studio albums, two of which have been considered genre landmarks: Come My Fanatics… (1997) and Dopethrone (2000). Electric Wizard's brand of doom metal incorporates stoner and sludge traits, with lyrics focusing on the occult, witchcraft, H.P. Lovecraft, horror films and cannabis. In 2014 they formed Witchfinder Records, an imprint of Spinefarm Records, on which they plan to release all future albums.

Agoraphobic Nosebleed is an American grindcore band formed in 1994 in Springfield, Massachusetts, United States. Its line-up has changed often over the years, with guitarist and drum programmer Scott Hull being the only continuous member. The current line-up includes vocalist Jay Randall, and Richard Johnson of Enemy Soil and Drugs of Faith, along with John Jarvis of Pig Destroyer and Fulgora on bass guitar. Agoraphobic Nosebleed is one of the most well-known drum-machine grindcore bands, and has influenced many drum-machine grindcore bands. 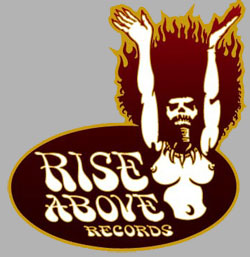 Disembowelment, often styled as diSEMBOWELMENT, was an Australian death-doom band that formed in November 1989 featuring Renato Gallina on guitar and vocals, and Paul Mazziotta on drums. In early 1991 Jason Kells joined on lead guitar and at the end of that year the group's line-up was completed by Matthew Skarajew on bass guitar. In 1992 they issued an extended play, Dusk, on Relapse Records and followed with a studio album, Transcendence into the Peripheral, in 1993. They disbanded shortly thereafter – never having performed live. AllMusic's Eduardo Rivadavia described them as "[s]till revered in underground circles as doom-grind pioneers ... [their works] remain genre classics". 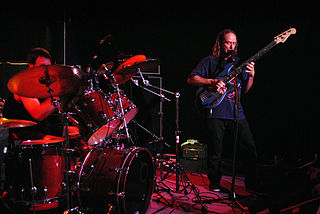 Bastard Noise is an American noise band founded in 1991 by musicians Eric Wood, Henry Barnes, and W. T. Nelson. The project started as a type of sister band to the trio's previous group Man Is The Bastard. While Man Is the Bastard broke-up in late 1997, the Bastard Noise project continued and acts as Wood's current project. 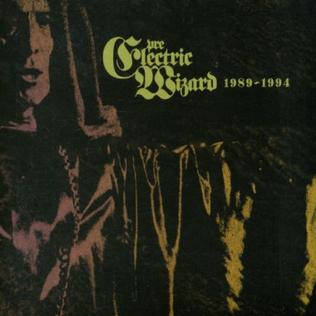 The following is the discography of the Japanese experimental band Boris.

Valkyrie is an American doom metal band from Harrisonburg, Virginia.

Minsk is an extreme metal band from Peoria, Illinois founded in 2002. Self-described as "psychedelic metal", their songs tend to start out as slow and simple, and become heavy and complex towards the end. Their sound draws from doom metal, hardcore punk, ambient and noise music, with a highly psychedelic attitude achieved through tribal drum patterns, thick layers of synthesizers and keyboards, and echoing vocals. They are named after the capital of Belarus. The idea of survival through suffering is a recurring theme in the lyrics and musical style. In fact, regarding the origin of their name, their official biography states: "Drawing its nominal inspiration from a remote Belarusian city nestled deep amidst the in-betweens of the East and the West, a city that has been burned to the ground on several occasions only to be rebuilt like a Phoenix rising from its ashes." The sounds and atmospheres they evoke in their songs are complex and psychedelic. 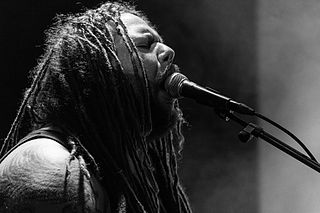 Primitive Man is an American doom metal band from Denver, Colorado, composed of Ethan Lee McCarthy on vocals and guitar, Jonathan Campos on bass, and Joe Linden on drums. They are known for an extremely harsh sound – combining funeral doom, noise music, and black metal elements – and blunt nihilistic outlook. Their third studio album Immersion was released through Relapse Records in 2020.