The label was started by Matthew F. Jacobson in August, 1990 in his parents' basement in Aurora, Colorado. The first two releases on the label were 7-inch singles by the bands Velcro Overdose and Face of Decline, closely followed by three death metal bands that would become among the biggest on the label, Deceased, Suffocation, and Incantation.

After this, Jacobson became acquainted with William Yurkiewicz Jr., who became his partner in the record label. Yurkiewicz had founded his own record label, which was soon to release albums from the bands General Surgery, Disrupt, Destroy, Misery, and Yurkiewicz's own band Exit-13. The two joined forces to create Relapse Records, aiming to release high-quality, professionally packaged extreme music.

In 1991, the label moved their headquarters to Millersville, Pennsylvania. In 1992, the label expanded its range with the creation of its subsidiary label called Release Entertainment, which specializes in experimental, ambient, industrial, and noise titles. With continued growth came a mail-order/wholesale operation that soon became the largest underground distribution center for all things metal in the United States [ citation needed ]. The mail-order service carried a wide array of extreme music recordings and merchandise, as well as publications from around the world.

Throughout the years Relapse has continued to grow and sign on more influential artists from a broader range of genres. In 1996, Relapse unveiled the Resound Music Resource Guide. Resound gave fans direct access to the label's roster through interviews and reviews, as well as being part mail-order catalog.

In 1998, Relapse opened a promotions office in Berlin, as well as establishing a German Distribution deal. In 2003, Relapse held a music festival - the Relapse Contamination Festival took place on January 18 and 19 at the Trocadero Theatre in Philadelphia, Pennsylvania and featured various Relapse artists. In 2000, the label relocated to Upper Darby, outside of Philadelphia and began plans to include a physical record store [ citation needed ]. In June 2001, the label opened their first record store off of South Street in Philadelphia.

In 2010, Relapse announced that they had done a deal with intellectual property lawyer Eric Greif and Perseverance Holdings Ltd. to take over Chuck Schuldiner's catalog and the Death and Control Denied names internationally. Death's 1995 sixth studio album, Symbolic was excluded from the deal as the rights for said record remain with Roadrunner Records. [1]

On August 5, 2011, Relapse announced a pay what you want partnership with Moshpit Tragedy Records, which will see one mp3 album from the Relapse catalog issued weekly through MoshpitTragedy.com. [2]

The label specializes in various types of heavy metal. Recently, with the increasing popularity of extreme metal, Relapse Records has ostensibly become more mainstream, with bands on their roster frequently appearing on the front cover of the magazine Kerrang! and video plays on TV music channels, along with some albums charting on the Billboard 200. The word has also been spread by the sponsorship of such festivals as the Milwaukee Metalfest.

It would be hard however to label the company as dealing in one specific style or another, as there are artists of such a wide variety on their roster, ranging from stoner rock and hardcore bands through to grindcore and death metal all the way to retro thrash metal and doom.

Although much of the music released on Relapse is from bands in various punk and metal subgenres, the label has also released records from several artists in other genres, including math rock (Don Caballero), shoegazing (Nothing, Cloakroom), post-punk (Publicist UK), space rock (Zombi), stand-up comedy (Brian Posehn) and synthwave (Survive).

The officially licensed reissues the label has also released also adds many other genres into their style. 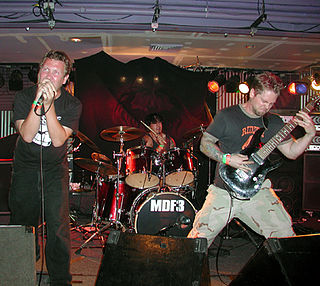 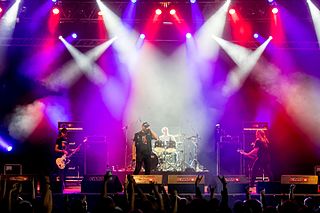 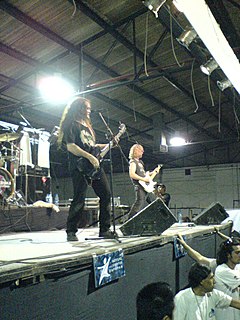 Incantation is an American death metal band that was formed by John McEntee and Paul Ledney in 1989. They are one of the leaders in the New York City death-metal scene along with fellow bands Suffocation, Mortician and Immolation, even though the band is currently located in Johnstown, Pennsylvania. To date the band has released ten full-length records, two live records, four EPs, two singles, three splits, one DVD, and three demos. Their most recent album, Sect of Vile Divinities, was released through Relapse Records in August 2020. The band have maintained a significant cult following and underground popularity since the '90s, and are considered to be highly influential on a range of later death metal bands including Dead Congregation, Grave Miasma and Portal, who are often described as 'cavernous death metal'. Incantation's music frequently draws on anti-Christian, Satanic and occult themes, and the band is notable for mixing widely varied tempos into their music, often playing slow, down-tuned passages similar to those performed by death-doom bands like Autopsy. 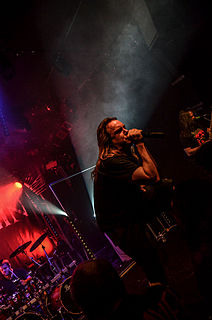 Today Is the Day is an American noise rock / avant-garde metal band originally formed in Nashville, Tennessee. The band's diverse sound combines influences from areas such as noise music, avant-garde metal, grindcore, post-hardcore, and alternative rock among other genres. Most of the band's recordings make extensive use of dissonance and sampling, as well as unusual production techniques and psychedelic overtones. Lyrical themes include depression, warfare, violence, altered states of consciousness, and mental disorders. 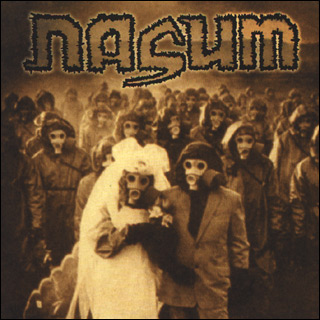 Inhale/Exhale is the first album by the Swedish grindcore band Nasum. It was released on May 26, 1998, by Relapse Records. 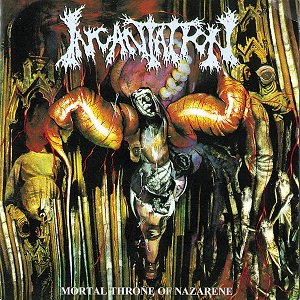 Mortal Throne of Nazarene is the second studio album by the American death metal band Incantation. The album was released in 1994 on Relapse Records (US) and Nuclear Blast Records (Europe).

Diabolical Conquest is the third studio album by the American death metal band Incantation. The album was released in 1998 on Relapse Records (US). It is the only album to feature Daniel Corchado of The Chasm on vocals. 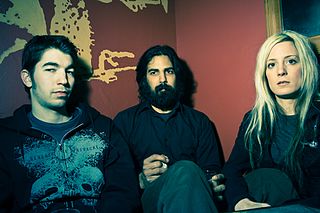 Fuck the Facts is a Canadian Juno-nominated, Canadian grindcore band from Ottawa, Ontario, Canada, formed in 1998. They began in the late nineties as a solo recording project constructed by musician Topon Das. After many early recordings, including split tapes with groups from around the world, Fuck the Facts began developing a name in the underground with fans of grind. In 2001, the first full-length CD-R, Discoing the Dead, was recorded. The same year, Das would assemble a full band to continue with the project. The band has since coined the terms "bastardized grindcore" and "mullet-core" to describe their sound.

Warning is the fifth full-length studio album by Polish grindcore band Antigama. It was released on 3 March 2009 on Relapse Records. 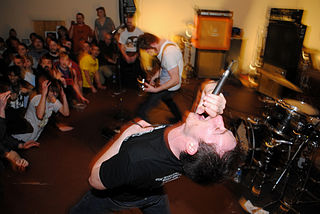 Magrudergrind is an American hardcore punk band formed in 2002. They have released numerous splits and two full-length albums. Since its inception the band has toured Europe and North America multiple times, Puerto Rico, Japan, and South East Asia, along with Exhumed, Despise You, Misery Index, Unholy Grave, Phobia and Rotten Sound.

Red Fang is an American sludge metal band from Portland, Oregon, formed in 2005. It is composed of guitarist and vocalist Bryan Giles, bassist and vocalist Aaron Beam, guitarist David Sullivan and drummer John Sherman. The band has released four studio albums: Red Fang (2009), Murder the Mountains (2011), Whales and Leeches (2013) and Only Ghosts (2016). 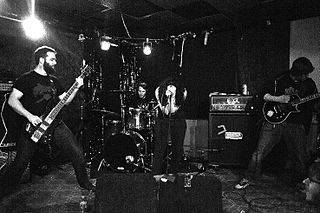 Immortal Bird is an American blackened death metal made up of: Rae Amitay, John Picillo, Nate Madden and Matt Korajczyk. They are a band from Chicago, Illinois. Their music is influenced by grindcore, progressive metal, and post-metal. The band was formed in 2013 with the intention of being a recording project, but has evolved into an actively touring and collaborative group.